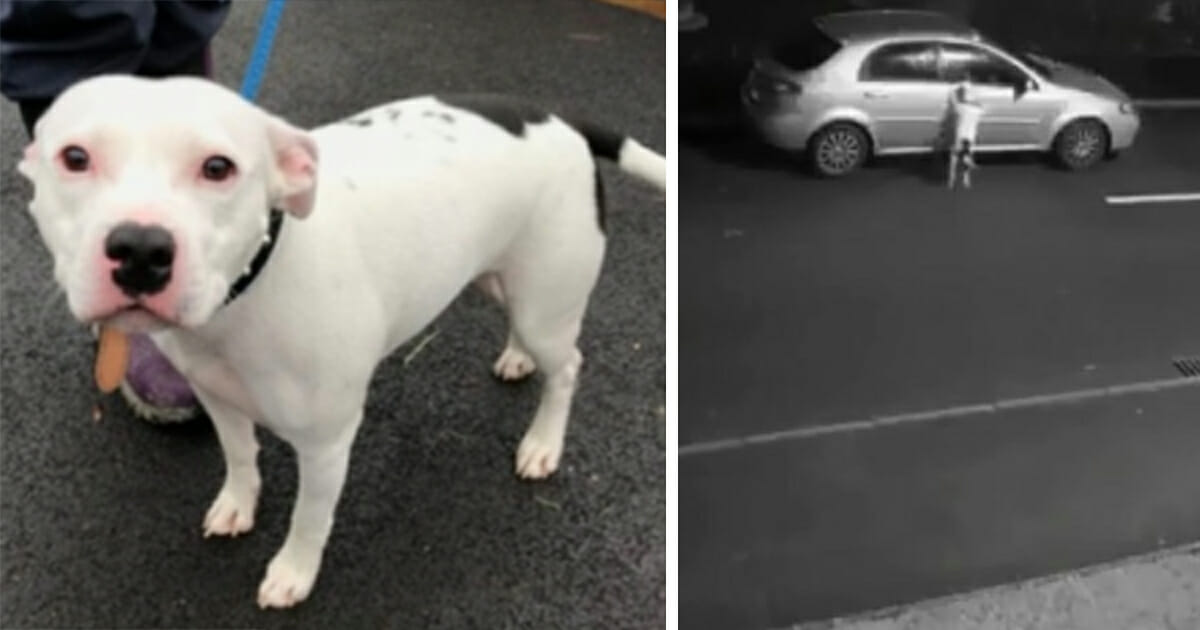 No matter how old I get, no matter how many different things I see and hear each day, I will never understand how people can abandon their pets.

Every year, thousands of dogs and cats the world over are left dumped by owners they love. A U.K. animal charity has only this week opened an investigation after a Staffordshire bull terrier was left on its own at roadside.

As per Devon Live, the dog was dumped on Christmas Eve near Stoke-On-Trent, England, with CCTV catching a man in the act …

In the video in question – captured on CCTV – a man can be seen placing a dog and its bed on the pavement. He then unclips the pooch’s lead before getting back in his car and driving away.

The confused dog tries in vain to chase his owner, before pawing at the windows of the car in desperation. The owner, however, sat beside an accomplice, simply drives away.

CCTV shows the dog desperately trying to get back into the car. How could anyone do this? ??

As per reports, the footage was caught at around 5pm on Christmas Eve, with a passerby having discovered the dog shivering and alone.

According to StokeTrentLive, RSPCA inspector Natalie Perehovsky said: “The vets scanned his microchip and we have traced two previous owners in the Birmingham area, but do not believe either are the current owners, and therefore not those responsible for abandoning the dog.

“The footage has to be seen to be believed, it’s just awful. To see the poor dog in such obvious distress jumping up at the car as it drives away it just heartbreaking. I can’t understand how someone could do this.”

The dog is currently being cared for by the RSPCA, but sadly he’s hardly the only pet to be abandoned this Christmas.

Unless we continue the fight to put a stop to this, dogs like this one will continue to be mistreated and left neglected.