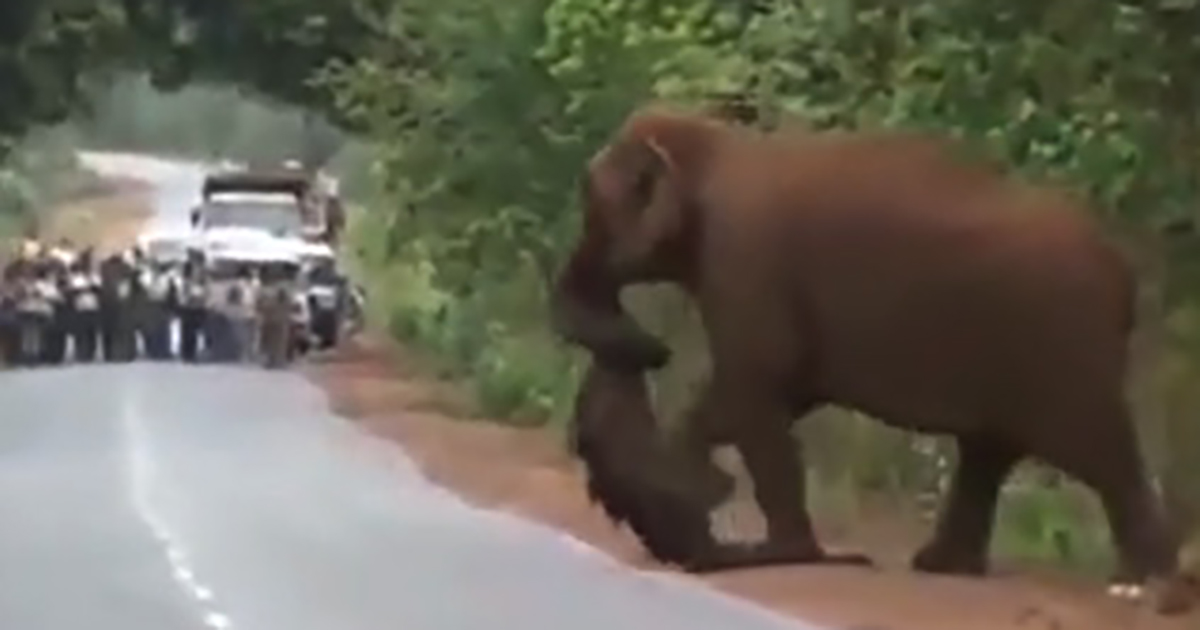 Kawan’s video has gone viral as stunned social media users flocked to express their amazement and sympathy for the elephants.

The footage, posted on Twitter, shows an elephant emerge from some bushes holding the body of a dead baby elephant in its trunk.

The adult elephant laid its body down and guarded it as it waited for more elephants to join. Walking in a line like a funeral procession, more elephants arrived and surrounded the baby elephant.

The original elephant then lifted the baby once more, other elephants following behind.

Elephants have previously been observed grieving their dead, not unlike how humans have.

We found this display touching. What about you? Let us know how this video makes you feel in the comments!