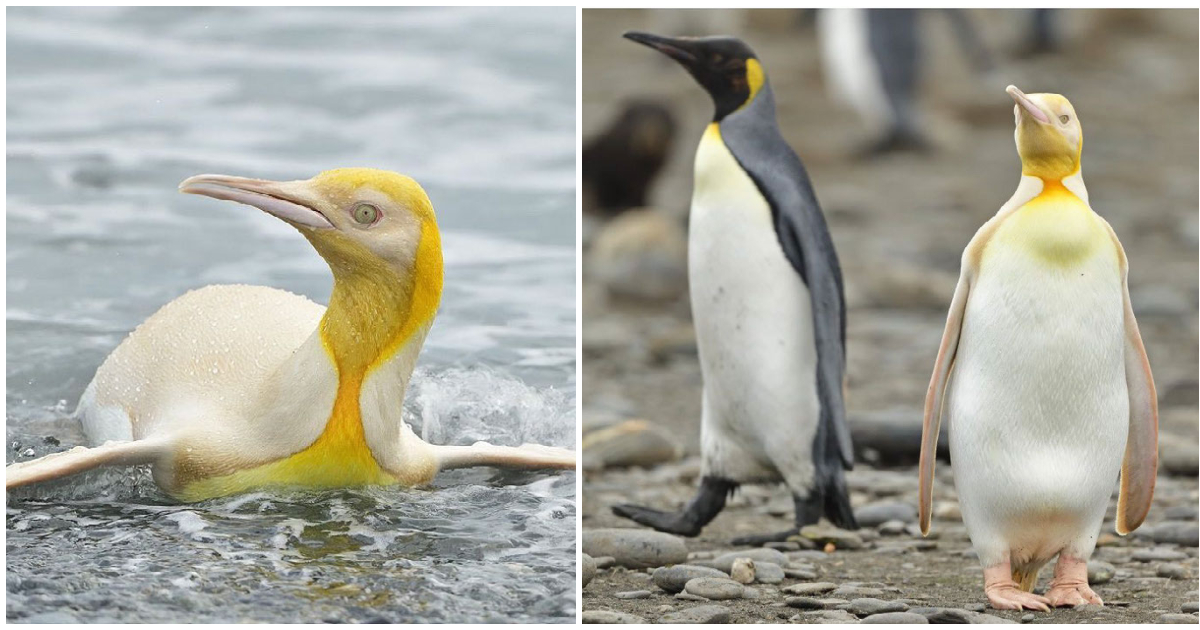 It’s always a magical experience to see animals in their native habitats, but sometimes you get a real unexpected surprise — a look at a unique animal like no one has ever seen before.

That was the case for one photographer recently, who not only got an up-close look at some wild penguins, but spotted a one-of-a-kind bird who really stood out from the flock.

Nature photographer Yves Adams, from Belgium, was on a two-month photography expedition through Antarctica and the South Atlantic, according to LADbible. When the expedition stopped in the South Georgia Islands, they stopped to photograph a colony of king penguins.

But among the black-and-white birds, Yves saw something he’d never seen before: a penguin who was yellow!

The yellow penguin is believed to be leucistic, meaning its cells don’t create melanin to give it the normal black feathers.

The penguin definitely stood out, and became a sensation among the photographers.

“We all went crazy when we realised,” Yves told LADbible. “We dropped all the safety equipment and grabbed our cameras.”

“I’d never seen or heard of a yellow penguin before. There were 120,000 birds on that beach and this was the only yellow one there. They all looked normal except for this one. It really was something else. It was an incredibly unique experience.”

And they were in a lot of luck: they didn’t just get a fleeting look at the rare penguin, but plenty of up-close opportunity for photos.

“We were so lucky the bird landed right where we were. Our view wasn’t blocked by a sea of massive animals,” Yves said. “Normally it’s almost impossible to move on this beach because of them all.”

“It was heaven that he landed by us. If it had been 50 metres away we wouldn’t have been able to get this show of a lifetime.”

The photographer said it had been a dream to travel to South Georgia and see these penguins up close — getting to see such a rare animal was just icing on the cake.

“It was certainly worth it, even before we saw this yellow penguin,” he told LADbible. “It was awe-inspiring to see thousands of these birds on a rock in the middle of this massive, wild ocean.”

How incredible. What a unique thing to see, and such a special moment for these wildlife photographers.