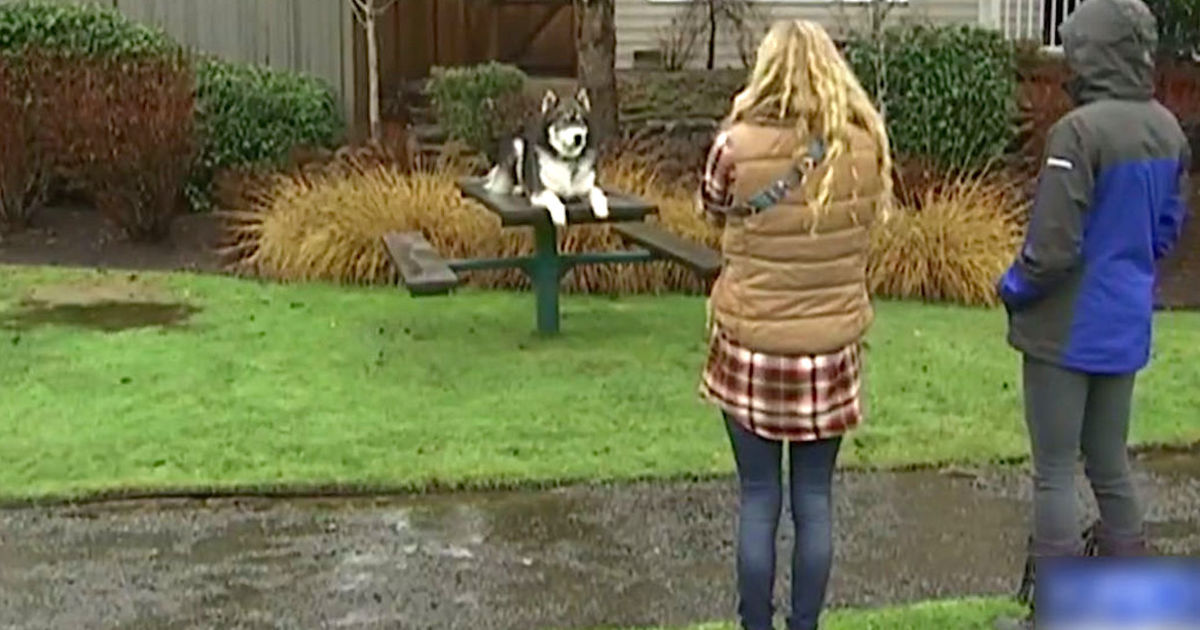 Every year, hundreds of thousands of women are victims of domestic violence around the world. And 1 in 4 women aged 18 and older in the United States have been the victim of severe physical violence by an intimate partner in their lifetime, according to National Domestic Violence Hotline.

Many of these victims also have pets, who are sometimes threatened or injured along with their owners.

Amanda is a young woman who experienced both physical and mental pain in a long abusive relationship. Several years ago, she had a boyfriend who controlled and beat her. During the relationship, which began when she was a teenager, she was forced to distance herself from her loved ones. Her boyfriend abused her both physically and mentally, and she was often viciously beaten, left with bruises and sometimes even a bloody face.

“He’d come home from worked stressed or upset, and I ended up as punching bag,” Amanda says.

Three years ago, Amanda saved an abandoned Husky puppy, and the two immediately formed a beautiful relationship. She ended up adopting the little dog. The puppy “Kyro” was the only thing that made her smile at that time.

“He became my only spot of happiness,” she says.

Then one day, when Amanda’s boyfriend was having one of his fits of violent rage, he took out his anger on “Kyro”. But wait till you see what Amanda did then… The story continues below…

For years, Amanda wasn’t able to leave her violent relationship. And like many others in the same situation, she felt trapped with her boyfriend.

Amidst the madness, Kyro was always there to give her support. He made her feel calm and safe, despite her boyfriend’s brutality.

But when her boyfriend one day unleashed his fury at her furry little friend, it was the straw that broke the camel’s back. Amanda had had enough… and she and Kyro ran away together.

With Kyro by her side, Amanda found the strength to leave her vicious boyfriend for good. The amazing couple went out on an adventure in the Pacific Northwest.

Soon, Amanda began documenting their travels through striking pictures, something which made her realize her passion and talent in photography.

Their adventure was Amanda’s way to let go of the past and start building something new. Kyro on the other hand grew to be a handsome, healthy husky weighs 40 kilos.

“Even today, when I look into Kyro’s big blue eyes, I know that it was I who saved him, but also he who saved me,” she told BuzzFeed.

Amanda is now using social media to talk about her journey, and to keep in touch with women all over the world who live or have lived under domestic violence, hoping to give them strength.

Her inspiring story spreads hope to others, and numerous people have thanked her for sharing her story with the world.

Please share Amanda’s story if you want to help her to inspire others!