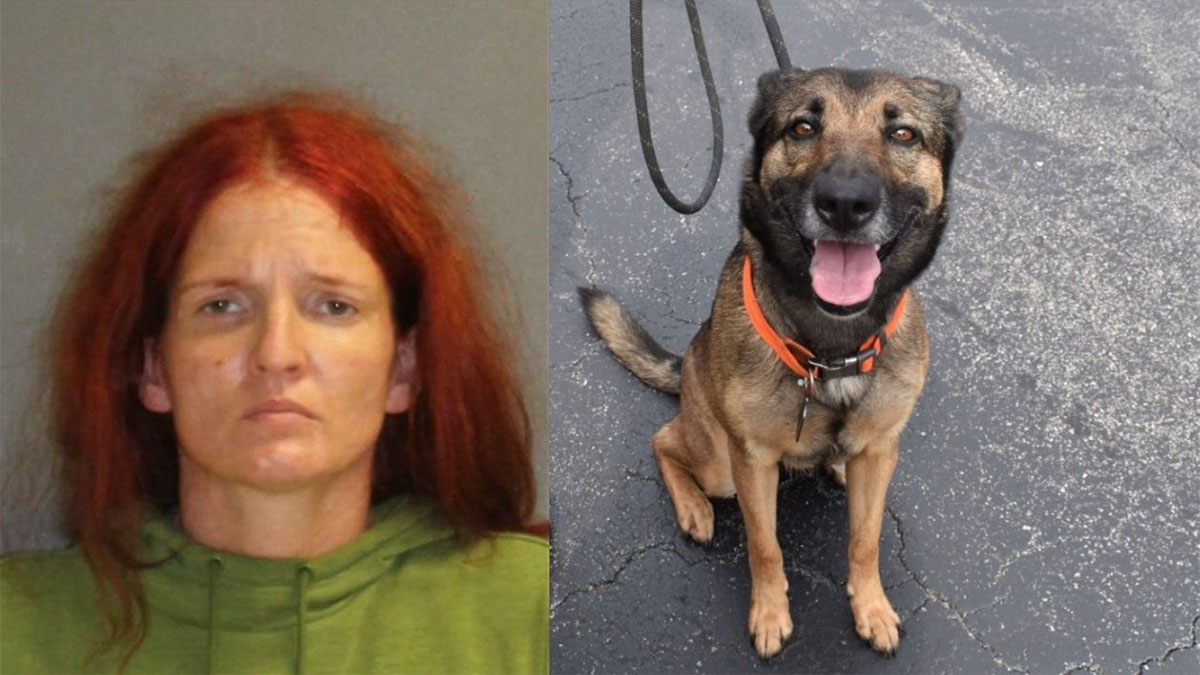 When police officers were called to reports of a suicidal woman at a motel in Florida, little did they know the horror they were about to witness.

Deputies and Daytona Beach police went to the Motel 6 after receiving a call that Allison Murphy had attacked a maid and was threatening to jump off a balcony.

Officers arrived to find the 35-year-old holding a German shepherd dog which she then threw off the motel balcony.

Thankfully the dog landed feet first and ran away. Passersby came to the rescue by carefully rounding the dog up so he could get the treatment he needed.

An x-ray revealed she had a sewing needle lodged into her right thigh, which was then safely removed at an animal hospital.

The Volusia County Sheriff’s Office released body camera video of the incident which resulted in the woman being arrested and placed in custody.

She is facing felony charges of animal cruelty and resisting an officer with violence.

Miracle is recovering with animal services as authorities plan to submit a petition for custody over the dog, as reported by CBS-affiliated TV station KOLD News 13.

The below disturbing footage shows the woman throwing the dog off the balcony. Viewers may find it upsetting.

Lets hope this sweet dog never has to see this awful woman again. I hope she’s properly punished for her actions. Please share.