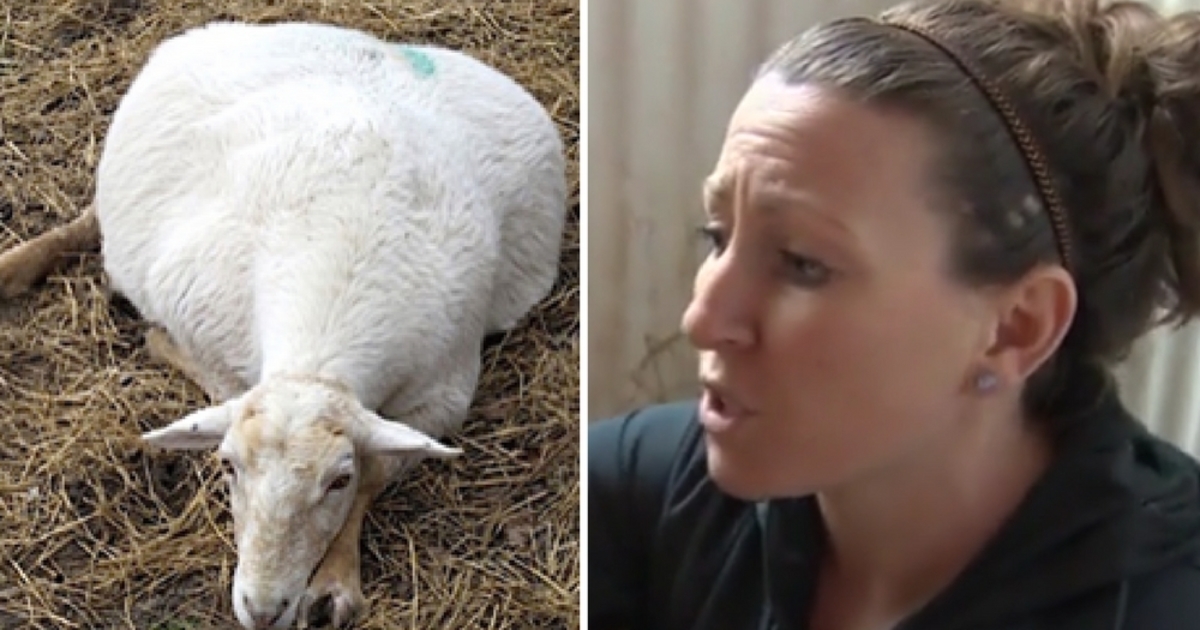 Everyone who’s had the privilege of experiencing the miracle of birth knows that it can be messy and it doesn’t always follow a prescribed schedule.

Mixed into the excitement and joy, there’s always a twinge of anxiety in the air until it’s assured that the birth went well.

And that’s exactly how Amy Hill felt when her 10-year-old sheep Dotty was expecting lambs.

It’s not like there was a reason to think anything would go wrong—Dotty had given birth several times before and had always produced healthy offspring—but this time, everything would be different.

Sonwy River Farms in Nova Scotia, Canada raises animals without using genetically modified crops, and the animals are taken care of in a humane and ecologically friendly manner.

The farm has many animals, but Amy Hill has always held Dotty in special place in her heart, as she was Amy’s first female sheep.

“She started my love of sheep, she is my best ewe friend and she means the world to me,” Amy wrote on Facebook.

When Dotty became pregnant, Amy looked forward to welcoming her little lambs to the farm.

But after a while, Amy noticed something was wrong. And her anxiety grew into fear when one morning, she found her darling ewe unable to move.

“I walked up the sheep pasture for morning chores and found my beloved Dotty on her back, eyes rolling in her head and struggling to breathe. I ran to her, flipped her over onto her front and held her upright while I called the vet,” Amy wrote on Facebook.

Amy fetched the necessary medicine at the vet clinic and gave it to Dotty. After that, all she could do was wait.

As the days passed, Dotty didn’t improve. Amy checked on the lambs and found that there wasn’t any movement in Dotty’s stomach. The situation was starting to look very grim.

“The thought that we may need to put her down all of a sudden has consumed me since Saturday. We gave her a shot on Monday as a last effort, hoping it would allow her to pass the lambs on her own so we didn’t need to worry about infection. I checked her multiple times yesterday and still no change,” Amy wrote.

Amy resigned herself to the fact that she might have to spend her last day with her favorite sheep—but then everything changed.

Just as Amy approached Dotty’s pen, she saw how something walking around on the straw.

She started counting the little ones… One, two, three… four!

“I am floored. I won’t lie, I cried for a good half hour when I found them this morning. The relief that my girl is still with us and that she has blessed us with four beautiful babies (three boys, one girl) is overwhelming in the best of ways,” Amy wrote.

As far as Dotty is concerned, she’s earned her retirement with these quadruplets, and Amy says this will be her last pregnancy.

Dotty has definitely earned a relaxing life on this charming farm.

Isn’t it wonderful to see how this story ended? Please share it on Facebook so that more people can meet Dotty and her little miracles 🙂