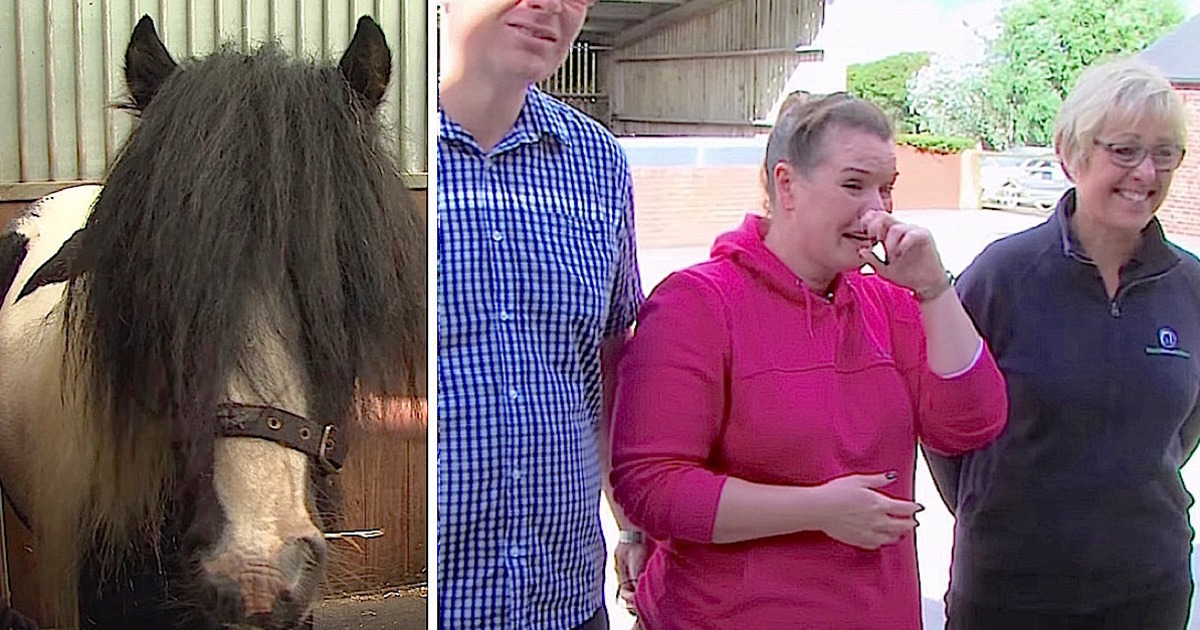 Throughout life, ponies Napoleon and Nelly had to struggle to survive. The ponies were neglected by their owner, who ultimately dumped them in a ditch along the road and left them there to die.

Fortunately, heroine Rachel who owned a farm nearby discovered them along the road and immediately took action.

The horses were malnourished and practically starving to death. They were covered with lice and neither their manes were matted and dirty.

Rachel realized the seriousness of their condition and called World Horse Welfare. If she had not found them, Napoleon and Nelly would have certainly died, alone, by the side of the road. But instead, they faced a much nicer fate: they were picked up and transported to a World Horse Welfare farm, where they received the care they so desperately needed.

Six months later, Rachel was invited to the organization’s headquarters, where she saw Napoleon and Nelly for the first time since they were rescued. Her reaction, along with horses, transformation, is absolutely heartwarming.

Napoleon and Nelly looks like brand new horses with their trimmed, brushed manes and eyes full of life again.

Thank goodness for people like Rachel and other animal friends who always looks out for animals!

Like our page if you also loved watching Rachel and the ponies’ emotional reunion!