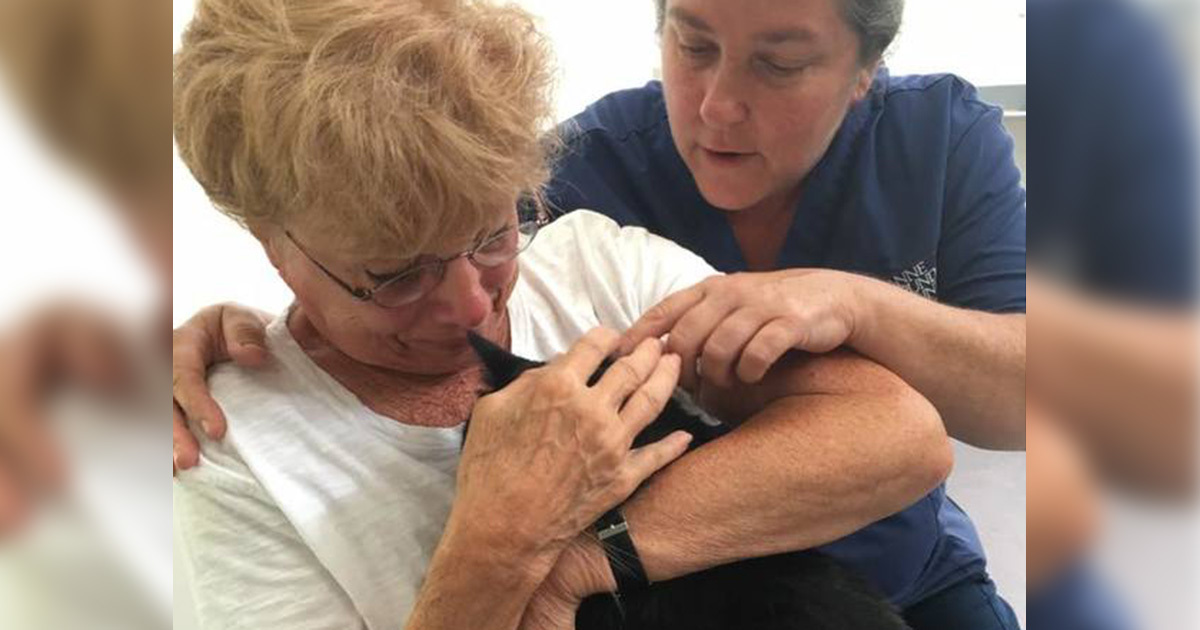 Picture being forced to give away your cat. It’s hard to imagine anything worse. But an American woman had to do just that when her medical condition left her unable to car for her beloved kitty. But fortunately for both her and her cat, some kind folks came up with a way to keep the two best friends together.

Three years ago, a woman from Maryland adopted a 1-year-old cat she named Missy. But last week, the same woman was found crying outside the cat room in a local shelter. She was devastated that she could no longer care for her beloved cat, Missy.

The woman had fallen ill and needed to undergo a series of major operations. Since Missy needs to be given medication and special food every day, caring for the cat would be too much to handle herself. So when the woman couldn’t find a temporary caretaker for Missy while she recovered, she brought her to a shelter.

The day that the woman was found crying at the shelter was actually her second visit there in two days. On the first day, she gave up the cat, and only a day later, returned to see if anyone had adopted her yet. But the woman was so weak that she couldn’t go in and say hi to her cat. When the shelter staff saw how upset and sad she was, they came up with a plan to help her until she was ready to care for cat again.

Instead of asking the woman to give up her cat, the shelter offered to find a foster family for Missy. From the many potential foster families that came forward, the shelter found two cat-loving families who were willing to care for Missy until she can be reunited with her owner.

The Dodo reports that Missy is in good health in her new, temporary home. And a staffer at the shelter told website, “The volunteer who has Missy now says the cat is doing very well. She has been sending updates and photos to Missy’s owner.”

As soon as the owner is ready, Missy will move back to her real home.

What wonderful thing the shelter did! And it’s so nice to see that Missy can stay with her mom after all. Please share this touching story with the animal lovers in your life!