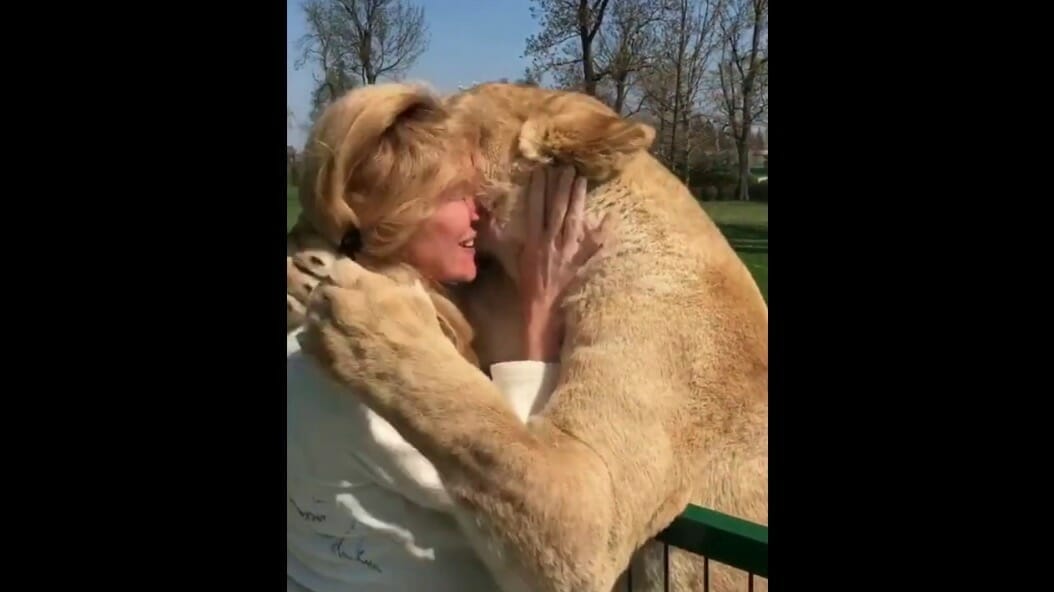 Unlike humans, animals never forget who has cared for them.

It doesn’t matter how long has passed, it would appear that animals possess a special ability to recognize someone who has shown them kindness, love and compassion in the past.

Sure, we see it a lot with dogs, but it’s by no means confined to canines alone. It could be a chimpanzee, a bear, a lion… two lions?

Just watch the encounter in the video below and I promise you it will stir feelings.

According to British paper the Daily Mirror, a woman had adopted two abandoned lions 7 years ago. However, they soon outgrew her capacity to sufficiently look after them, and so they were placed in a zoo in Switzerland.

The cats were later moved to a specialist lion park in Slovakia, where this particular reunion takes place.

For the first time, this woman gets to meet the two lions she adopted all those years ago. Obviously, it’s a nervous moment as the big cats approach the gate.

But then watch what happens when the pair of them jump up at the gate and recognize a familiar face.

Don’t try and tell me animals don’t have feelings!

What an incredible video – true love never fails to disappoint. Feel free to share this lovely clip with all your animal loving friends.