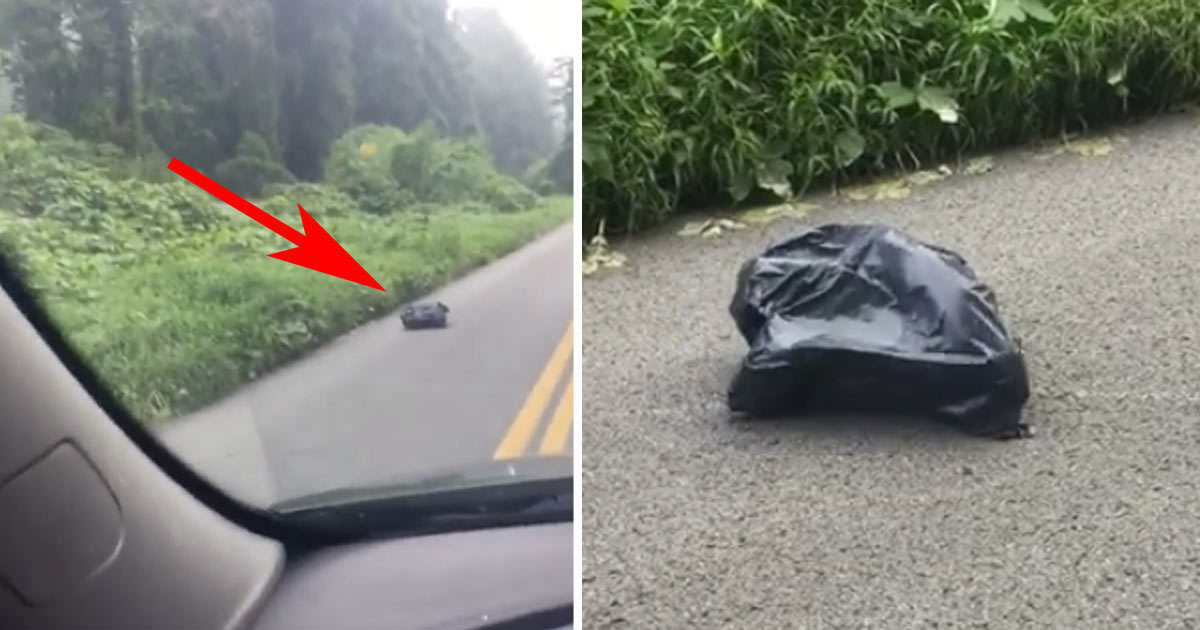 You’ve probably been there. At the last minute, you decide to do something a little differently than you normally do. You go to a different coffee shop or you leave work at little earlier. And changing up your routine just a little bit ends up changes everything.

You bump into a old friend you haven’t seen for years or you arrive home early and find out your partner is cheating on you. Sometimes, the changes are small, but sometimes, they’re life-changing.

Like what happened to Malissa Sergent Lewis one day last summer when she went a different way to work.

One morning last summer, Malissa Sergent Lewis was a little late leaving for the elementary school where she works in Kentucky.

So instead of taking her usual route, Malissa decided to take a shortcut on a back road.

It’s a decision that Malissa will always be thankful for.

There was no traffic on the road that day, but there was something else: a trash bag.

But not just any trash bag — this one was moving.

“I saw this trash bag in the road, and I thought to myself, ‘Did I just see that bag move?’ The closer I got, I realized it was moving,” Malissa told The Dodo.

Something was definitely alive in the bag — and Malissa knew she had to find out what it was.

She got out of her car and approached the bag carefully because she didn’t know what was inside.

But since the bag was tied, Malissa knew that whatever was inside didn’t get there by itself.

Malissa gently tore open a corner of the bag and peeked in.

And inside there was a shocking sight.

“It was a puppy. And he sure was glad to see me. As soon as I opened it up, and he saw light, he just started wagging his tail. I couldn’t believe it,” Malissa told The Dodo.

Someone had dumped the puppy in a trash bag and dumped him in the middle of the road. Nobody knows how long the little guy was in there in the dark, but even a second is too long.

The puppy was wearing a collar, but it didn’t have any ID.

Malissa knew she couldn’t just leave the dog there, so she packed him into her car — and brought him to school.

Later, Malissa’s son fetched the puppy and brought him home. Then, he and Malissa brought the puppy to the vet, where he was examined and got his vaccines.

However, the puppy wasn’t listed as missing and no one claimed him. Which is maybe just as good — because Malissa and her family decided to adopt the puppy and give him the love he deserves. At the same time, she can’t understand who would do such a terrible thing.

“Who could do something like that to any animal? I don’t care who you are; everybody loves puppies. It’s a real coldhearted person to put an animal, any animal, in a garbage bag and dump it on the side of the road,” Malissa’s told The Dodo.

See a video about the event here:

Life works in mysterious ways. If Malissa hadn’t been late that morning and went on her usual route, she never would have found the puppy and the story probably would have a much darker ending.

Please consider sharing this article to thank Malissa and all the other animal lovers out there who bring happiness to abandoned and abused pets. Without them, the world would be a much worse place!