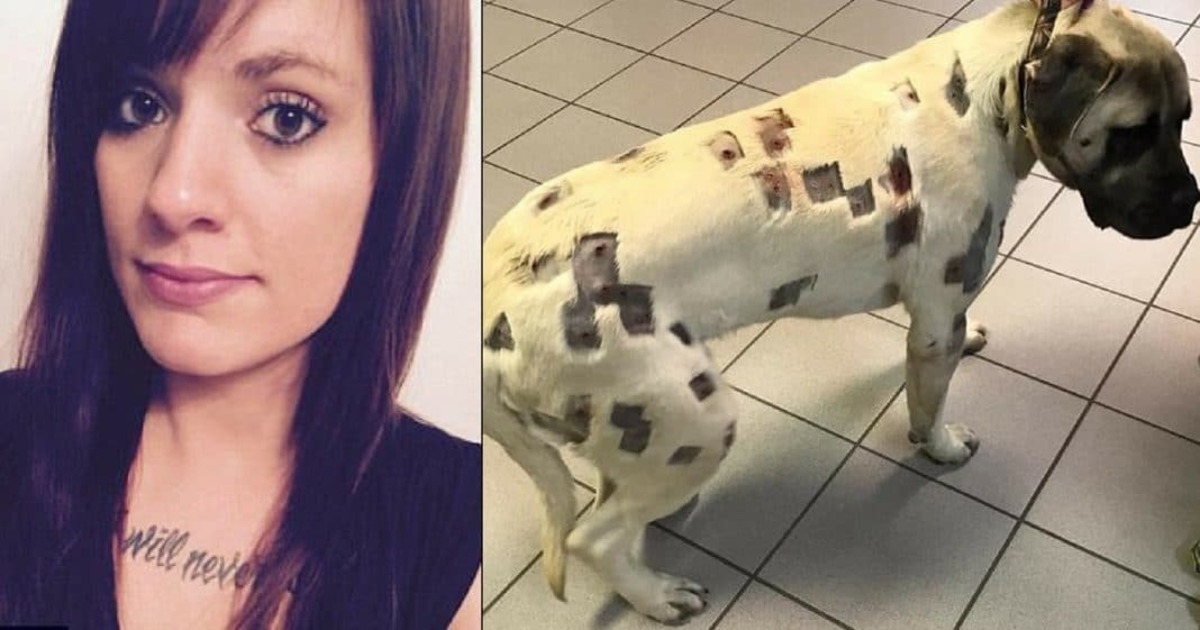 Some people should never be allowed near animals—even from a distance.

Last weekend, Hayden Howard from Seymour, Indiana noticed something strange about her dog. The 100-pound English Mastiff named Jackson had spent some time playing in the backyard and looked like he was covered in bug bites.

But when Hayden looked closer at her beloved pooch’s skin, she realized the situation was much worse.

Instead of being covered in raised bumps, Jackson’s skin was riddled with holes.

“I was in shock, I didn’t even know what to think,” Hayden told FOX59.

Realizing that Jackson had been shot, Hayden took him straight to an animal clinic. And when vets there inspected the holes, they found BBs and pellets everywhere.

“There was one under his eyelid, there was one in his ear, one in his knee, they were all over, underneath of him.” Hayden told FOX59. “They came out there and he handed me this little cup and showed me all these little BBs and I just didn’t know what to say or what to do.”

The veterinarians ended up shaving most of Jackson’s fur to remove all of the pellets and BBs. They pulled 27 from the dog’s body but had to leave another 20 where they were. And in addition, they also found 20 more holes where BBs or pellets had hit Jackson and bounced off. All told, some cruel person had fired almost 70 BBs at the poor, innocent dog!

I can’t imagine why anyone would shoot a dog, let alone that many times. But police wasted no time trying to finding the culprit.

Pellets lodged in a tree in Hayden’s yard indicated that the shots had come from a neighbor’s yard. Police searched that house and found a BB gun and pellets and arrested the owner of the gun. The man in question, Tom Woodward, had previously been arrested on drug charges, though never before on animal cruelty charges.

According to the FOX59, police are waiting to hear from the laboratory to determine if there is a positive match to the BBs that were used to attack Jackson. Still, they are reasonably sure he is responsible for the cruel act.

I hope that this man spends a long time in jail and when he’s let out, he’s never allowed near animals again and never allowed to own a gun, either.

As for Jackson, Hayden says that her lovable dog appears to be recovering.

I hope Jackson makes a full recovery and is able to play in his backyard without fear for many years to come! Get well, sweet dog!