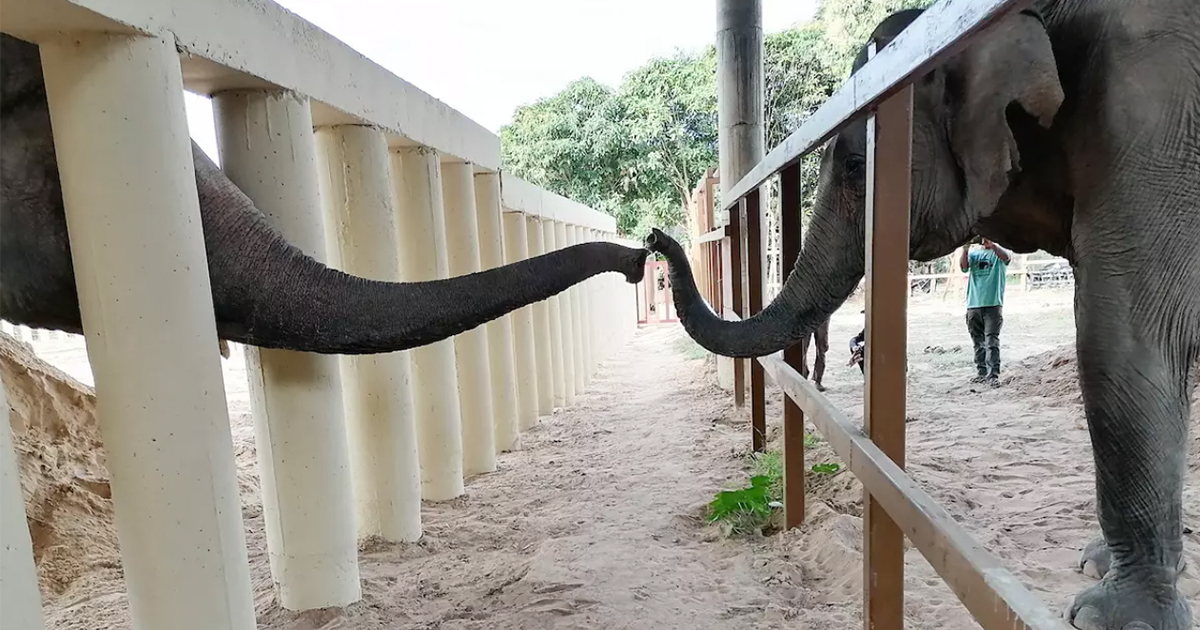 The elephant dubbed the loneliest in the world has made his first friend in eight years after being rescued from a run-down zoo.

Kaavan the elephant was rescued from Pakistan and flown to Cambodia last month – he arrived in the country on 29 November.

The 36-year-old male – branded the “World’s Loneliest Elephant” – will now call the Cambodia Wildlife Sanctuary, in Siem Reap province, home, having been forced to live a life of solitude in a dilapidated zoo in Pakistan for the past eight years.

Needless to say, all eyes turned to how his settling-in process would go with the other elephants he’ll now live with, who for their part haven’t been introduced to any newcomers for six years.

Thankfully, footage appears to show that all is well, with Kaavan touching trunks with a female elephant after meeting her for the first time.

Born in Sri Lanka, Kaavan became the only Asian elephant in Pakistan while he lived at a zoo in Islamabad for 35 years. Sadly, he didn’t receive proper care there, and was left completely alone when his partner died in 2012.

It was then that he was dubbed the “World’s Loneliest Elephant”, prompting outcry from animal rights groups across the world.

Numerous campaigns were launched to save him, with pop icon Cher even getting involved. Fortunately, he was recently rescued and moved to Pakistan to begin his new life.

Now, he’s enjoying baths and has the freedom to play with all manner of toys, not to mention the fact he has other elephants to socialize with.

It was one such elephant that he appears to have befriended already. He and Di Poh, one of his new neighbors, were recently seen greeting each other by touching the tips of their trunks.

“We can now officially call him the ‘former loneliest elephant in the world’! Seeing Kaavan interacting with other elephants is a huge moment for us but more importantly for Kaavan.

“We are extremely moved!”

“All three of our ladies seem a bit intimidated by him, he is a big boy,” one staff member working at the facility in Cambodia, Pedro, explained.

“We will give them time to get to know each other, and the girls will let us know if or when they want further interaction.”

Stories like this simply warm my heart. I hope and pray that Kaavan’s problems are all behind him, and that he will now enjoy a happy and healthy life.

Share this article on Facebook if you’re happy to hear that the “World’s Loneliest Elephant” is no longer so lonely!