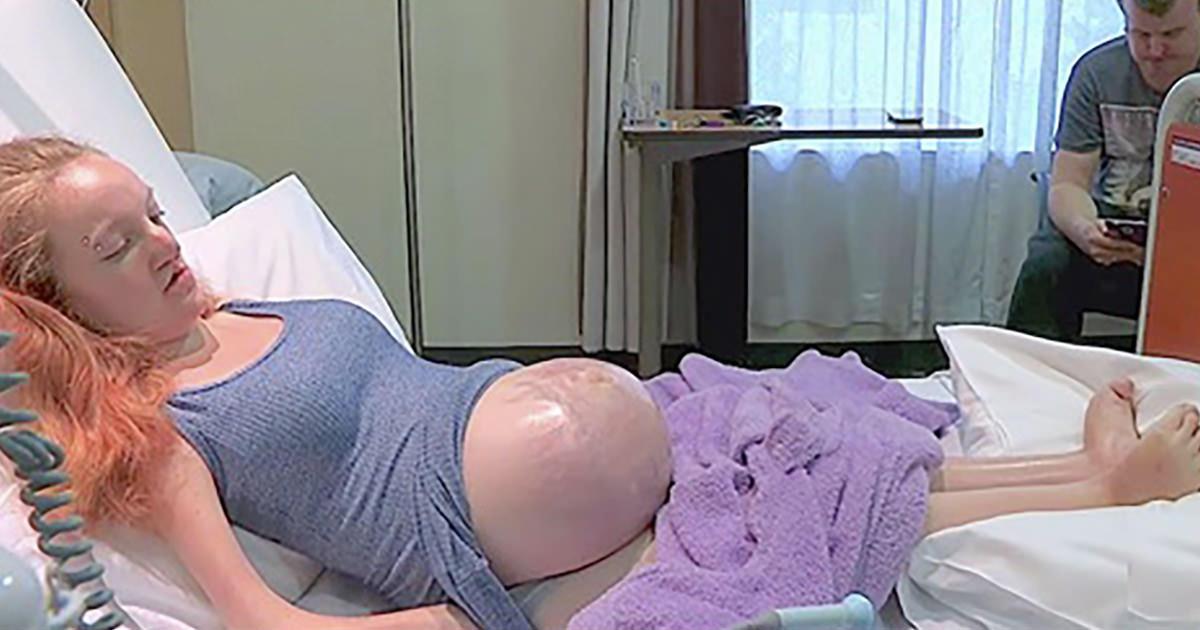 Everyone who has children knows that it’s not always a walk in the park.

It’s a 24/7 job that requires love, sacrifice and a lot of sleepless nights.

But for some parents, the challenge is bigger than most of us could ever imagine.

For 22-year-old Sheree Psaila, taking care of her son is extra tough, because she isn’t even strong enough to pick him up or hold him.

“Sometimes he’ll cry and I can’t reach him to pick him up,” Sheree told the Daily Mail. “I have to wait for someone to pick him up for me.”

The reason? Sheree has a rare genetic disease that leaves her without muscle tissue in her arms and legs.

Despite the difficulties, the fact that Sheree was able to give birth is something of a miracle.

Scroll down to read about her amazing, inspiring journey:

Sheree Psaila has spent her entire life defying the expectations of those around her.

Because she was born with an extremely rare disease called arthrogryposis multiplex congenital (AMC), she has no muscle tissue in her arms or legs.

Sheree has always fought an uphill battle — not even her health care providers believed in her at first. They even warned Sheree’s parents that she wouldn’t make it to her first birthday.

After 20 failed surgeries, doctors informed Sheree that she would have to spend her life in a wheelchair. But Sheree didn’t want to let anyone else decide her destiny.

At the age of five, Sheree was already determined to not let bullies and low expectations prevent her from living her life to the fullest.

While she was attending university, Sheree met her husband-to-be, Chris. He also has a hereditary disease — his affects the lower part of his spine.

Sheree and Chris got married in March 2015 and were eager to try and start a family.

Unfortunately, Sheree had a miscarriage. But after processing all the grief, the couple tried again.

“The doctors told me I probably wouldn’t be able to have kids, although they didn’t give me a reason why not,” Sheree told the Daily Mail.

Since Sheree is barely four feet tall (122 cm), her doctors thought it would take a miracle for her to have a baby.

But they would soon get a big shock.

After moving to Melbourne with Chris, Sheree gave birth to a son via a Caesarean section.

The boy, Hayden, weighed 5 1/2 pounds (2.5 kg) when he was born, which is good considering the circumstances.

Hayden has no disabilities or hereditary diseases, which both Chris and Sheree had worried about.

I think everyone can agree that Hayden is a miracle, and Sheree’s journey is also proof of her strength and will.

Sheree and Chris face more challenges than most parents, but together, they’ve shown that love overcomes all.

Because of her lack of muscles, Sheree has difficulty lifting Hayden and can barely keep up with him.

Fortunately, she gets help from a caretaker, who comes five days a week to help with Hayden. But it is Chris who carries the biggest load.

“When we go swimming, I want to be able to hold him in the pool and do all of the stuff that Chris does with him,” says Sheree.

But despite the daily struggle, Sheree loves being mom to her happy, healthy boy.

Sheree continues to study and live her dream, even though her disabilities are always present.

When I read stories like this, I’m convinced that mothers are the strongest people on earth.

Please share this story if you also think that little Hayden is a real miracle!