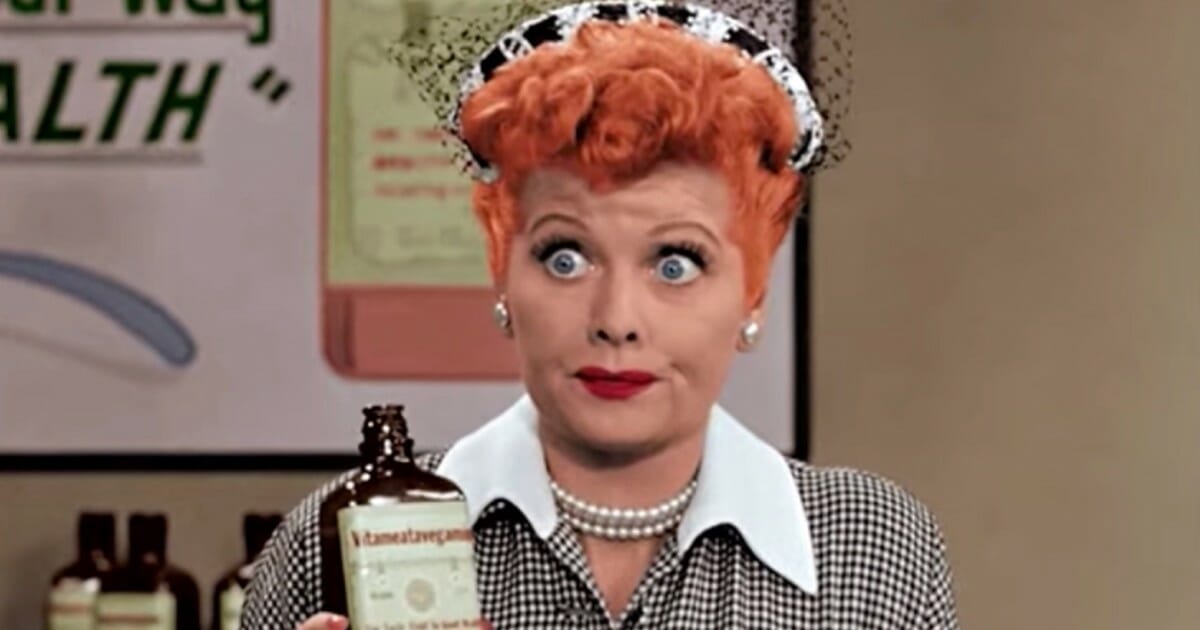 The show, which for several years during its run was the most watched show in the United States, paved the way for modern day sitcoms. And now, even though I Love Lucy has been off-air for decades, Lucy is still making fans laugh their heads off.

Recently, Lucy and Desi’s daughter, Lucie Arnaz spoke to TODAY about her parents hit show. She spilled some behind the scenes secrets about a few classic episodes.

Even though Lucie was only a newborn when her parents’ hit show first aired, she grew up watching them act and later on watching I Love Lucy reruns.

“Mom thought it would last a couple of weeks and we’d have some fun home movies,” Lucie, who made her acting debut alongside her mother in Here’s Lucy, told TODAY. “But it took off — and they never looked back.”

During the first season, Lucy becomes a television spokesperson for a health drink called Vitameatavegamin. If you’ve ever seen I Love Lucy you’re probably picturing the episode right now.

When a role calls for an actor to drink something, typically they choose a mild drink that matches the color of their character’s drink. Not Lucy.

“I asked my mother what was in that bottle, and it was apple pectin,” Lucie said. “If you ever tasted it, you’d know why she made that face. And she didn’t want to taste it until they did the scene! Talk about method acting. But she did it in one shot, no pickup (shots) and it’s brilliant.”

In season 3’s “The Million Dollar Idea,” there was a change to a character’s name. Most viewers might not even have caught it. The Ricardo’s neighbor, Ethel Mertz, had her middle name changed.

“Once she was ‘Vivian Roberta Jones,’ then she became ‘Louise’ and then ‘Mae.’ The writers would decide to put their aunt’s name in an episode one week, and they’d just change it.”

HAPPY MOTHER'S DAY!!! I had a very special and unique mother. Wish she were still hangin' 'round to see how big her…

Posted by Lucie Arnaz Official on Sunday, 8 May 2016

While filming “Pioneer Women” for season 1, Desi slipped on some rice, which resulted in a couple of broken ribs. Lucie said that even though her father was injured they continued to film.

“They went right on with the show. Never! Not unless someone was dead,” she said. “We hardly had a blooper reel, because we did not believe in stopping.”

Perhaps one of the most iconic episodes, “Job Switching” involves Ethel and Lucy working in a candy factory. Lucie revealed that the woman in the scene with Ethel and Lucy was actually a See’s Candy employee and was a bit reluctant to slap the chocolate on Lucy’s face.

In the end she complied, but she had to hold back laughter.

What was your favorite episode?