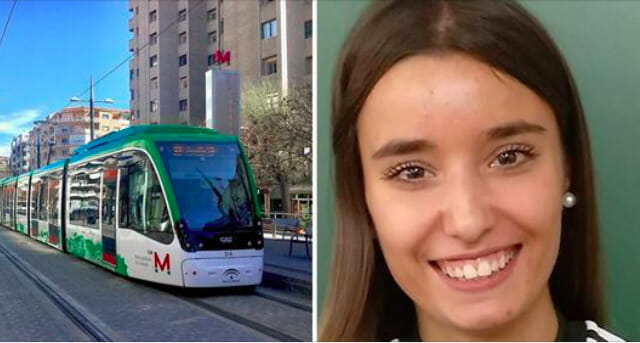 As we often say, most heroes don’t wear capes — and most aren’t even famous.

Although we constantly hear terrible stories of tragedies from all over the world, there are also countless wonderful stories of solidarity and kindness that are worth knowing and spreading to others.

María López was traveling one day in the subway, perfectly unaware that she was about to change the life of a little boy and his family forever.

It was an ordinary day when 18 year-old María López entered a metro station in Granada on November 23. She could not have guessed that it was about to be the trip of her life.

As she sat on the metro, Maria heard the desperate cries of a mother asking for help, according to the IES Aynadamar website, the institute where Maria studied nursing.

“My Son Is Choking!”

The mother shouted: “My son, he’s choking! He’s choking! “, as she patted the 9-year-old boy’s face, desperate to get a reaction.

As the metro’s passengers sat paralyzed in their seats, Maria didn’t think twice: she ran towards the mom and her son.

As she approached, she saw that the boy was red and had his hands wrapped around his neck. Maria also realized that the boy’s color was changing and that he was beginning to turn purple.

Maria knew it was time to put her nursing training to action. Just one month prior to this incident, Maria had learned about cardiopulmonary resuscitation, more commonly known as CPR, according to Antena 3.

“I didn’t even think about it,” María told local paper Granada Hoy. “I saw that people were not reacting and I got upset.”

Maria placed the child on her lap and began applying the Heimlich maneuver. She soon managed to get the child to vomit and eject the piece of candy he’d been choking on.

María recalls that the day she took her theoretical class, it “did not go so well.” But thankfully, in real life, “everything worked out,” María told Granada Hoy.

“Thank You For Helping Me”

The boy soon regained his strength at which point his first words were: “Thank you for helping me.”

It’s so fortunate that Maria happened to be there at that precise moment. The child and his family will be eternally grateful to her for saving his life.

I wanted to share this story to join in the gratitude and applaud Maria — without a doubt, this young woman deserves everyone’s recognition.