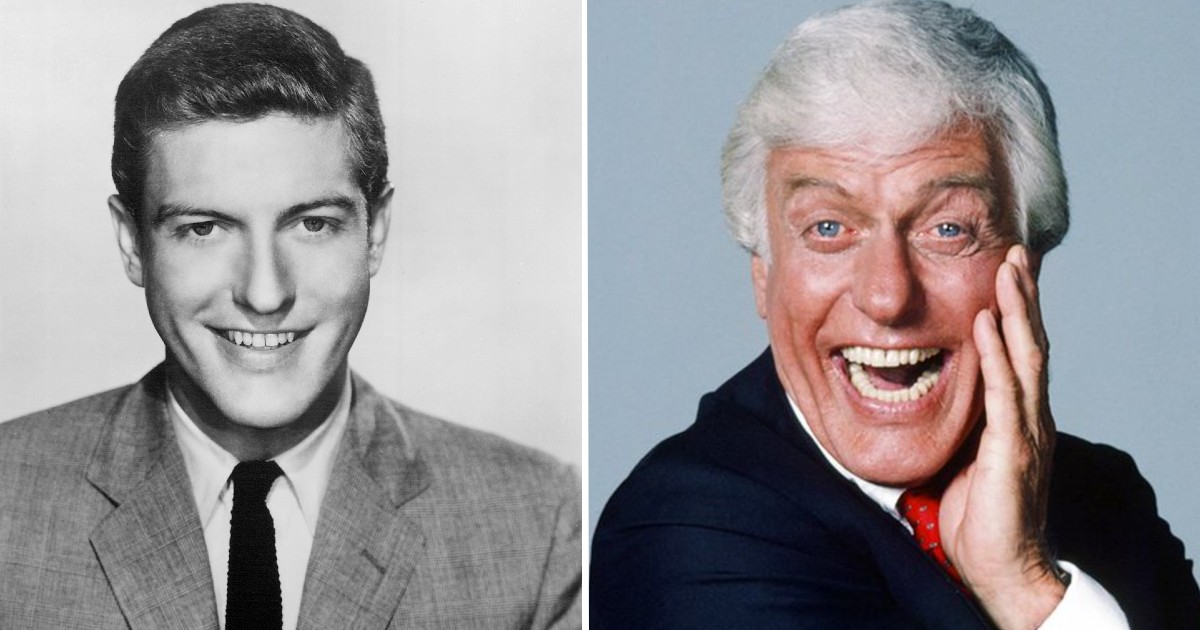 As Van Dyke celebrates his 95th birthday, let’s take a moment to look back at his illustrious career and what earned him the title of one of Hollywood’s nicest guys.

Dick Van Dyke was born on December 13, 1925 in West Plains, Missouri. He grew up in Danville, Illinois.

At one point in his life he wanted to be a minister. Van Dyke was reportedly influenced by his mother’s family’s involvement in religion. But after taking a drama class in high school, he realized he was called to another career.

However, becoming a professional entertainer would be put on hold because in 1944, Van Dyke left high school in 1944 to join the United States Air Force.

But it seemed like even the Air Force knew he was destined to be an entertainer. Van Dyke was denied from being able to enlist in the military several times before he was given a job as a radio annonucer.

He eventually transferred to the Special Services where it was his job to entertain the troops in the United States.

The 95-year-old began his career on the radio in the late 1940s, but it wasn’t very successful. Unless you count meeting his first wife, Margie Willet.

The two hosted a radio program, reportedly because it helped them pay for their 1948 wedding and awarded them a free honeymoon.

He soon took his talent to the stage after convincing a pantomime performer to join him and form a comedy duo. The two, Van Dyke and Phil Erickson, toured nightclubs on the west coast, and in the early 1950s they performed for a local television station in Atlanta, Georiga.

In November 1959 he appeared on another stage, Broadway. He made his Broadway debut in The Girls Against the Boys, and then went on to play the lead in Bye Bye Birdie, which won him a Tony Award.

It was then that’s Van Dyke finally started to see some success.

He starred in The Dick Van Dyke Show from 1961 to 1966, where he and the show won multiple Emmy Awards.

But all the while Van Dyke was filming his television series, he was also working on perfecting his craft in another area of entertainment: film.

He played Albert J. Peterson in the film adaptation of Bye Bye Birdie (1963) and Bert and Mr. Dawes Senior in Mary Poppins (1964). He starred in many other movies, all which saw very little success at the box office.

In 1969, Van Dyke starred in The Comic, a movie about a silent film era actor who deals with alcoholism, depression, and a big ego.

The subject of alcoholism was something Van Dyke was familiar with.

“I was very shy with strangers. I just couldn’t talk to people, and I found that if I had a drink, it would loosen me up. The barriers went down, and I became very sociable. That’s what got me started,” he told Oprah Winfrey in a 2016 interview.

“I tried to be a good role model to my children, but I was an alcoholic for 25 years, which inevitably impacted on family life,” he told The Guardian in August 2016. “When I went into therapy, I realized I was repeating my father’s mistakes.”

In 1972 he checked himself into rehab for treatment for alcoholism. It was during this time that he began becoming close with Michelle Triola, his agent’s secretary.

“I was drawn into a relationship. I was involved with a woman other than my wife,” he wrote. “It was unbelievable. I was writhing in guilt. By 1976 I had to do something. I needed to be honest.”

Willet, who was at the same facility receiving treatment for addiction to prescription drugs, began distancing herself, partly because she did not like the Hollywood lifestyle.

The two lived separately before eventually divorcing in 1984. Van Dyke remained with Triola, though they never married, until her death in 2009.

Van Dyke continued to see success starring in multiple television shows throughout the 1970s, 1980s, and 1990s. He returned to the big screen in 2001 as the narrator for a documentary about Walt Disney.

From there he voiced a character in the animated movie, Curious George, and played several roles in movies during the 2010s, including a cameo in Mary Poppins Returns. He was 91 at the time.

In addition to acting, Van Dyke sings a cappella and has belonged to Dick Van Dyke and The Vantastix since 2000.

The quartet have performed several times over the years, including a surprise performance that went viral in 2016.

Van Dyke has also written several books, including his latest, Keep Moving: And Other Tips and Truths About Aging, which was published in 2015.

Dick Van Dyke is an extremely accomplished performer and has given us a reason to smile and laugh for more than 75 years.

He is an absolute legend and deserves to be protected at all costs.