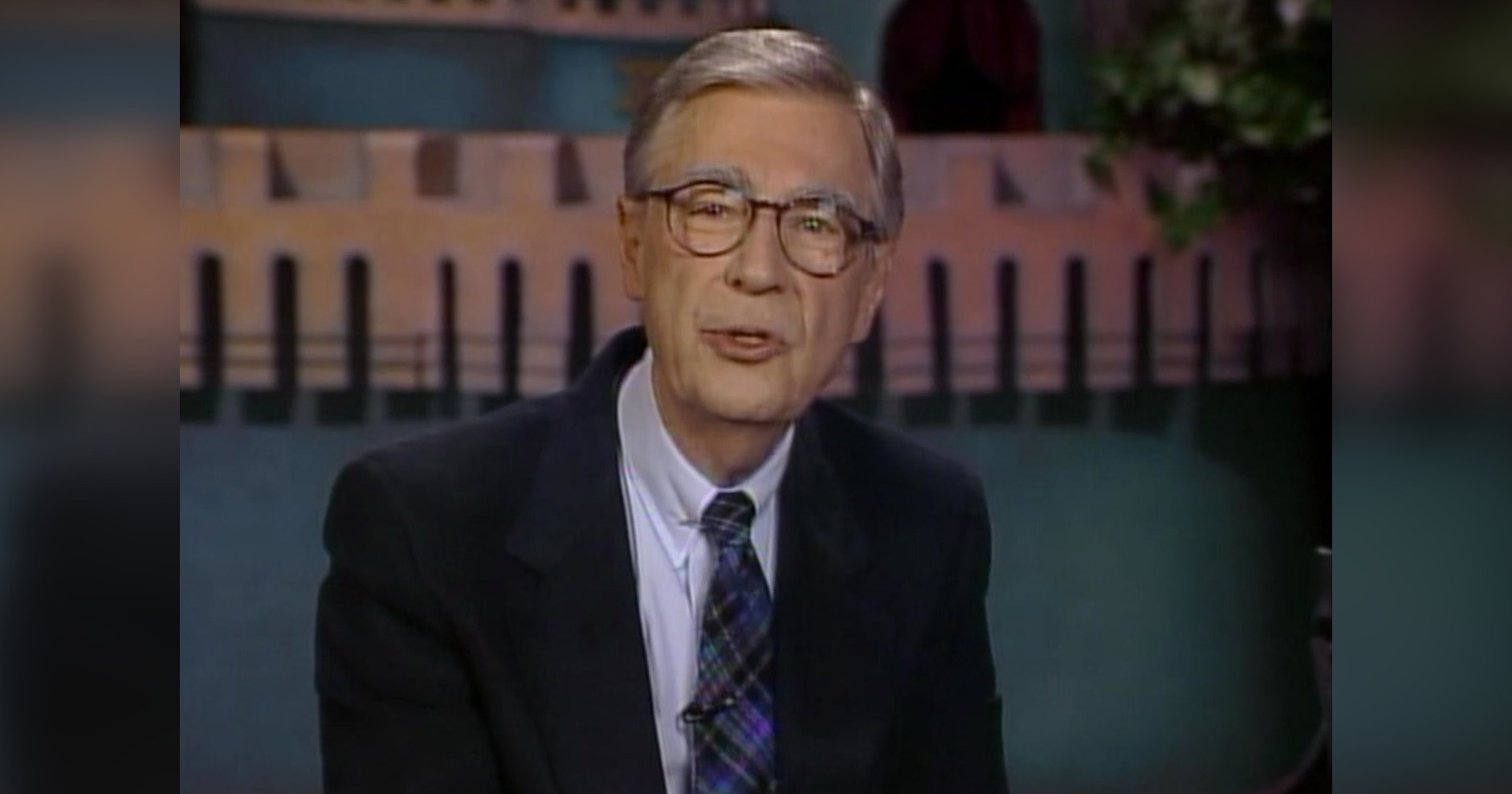 This year marks the 20th anniversary of 9/11. It’s a time to look back and pay tribute to all the heroes who emerged from this terrible tragedy.

We remember the firefighters and police officers who were at the World Trade Center, and at Ground Zero for months after. But we should also remember people of all walks of life who stepped up in the aftermath to do their part to make the world a kinder place, comforting others in the wake of this traumatic event.

And for many people, the most reassuring voice was that of a kindly, sweater-wearing TV host named Mister Rogers.

Fred Rogers, the iconic longtime host of the PBS children’s series Mister Rogers’ Neighborhood, had been a comforting presence for generations of kids, gently instilling virtues of kindness and friendship.

After 9/11, a despairing nation needed Rogers’ words more than ever — so he came out of retirement to record a few final, hopeful messages.

While Mister Rogers’ Neighborhood is generally remembered as a gentle, innocent piece of kids’ TV, Rogers was not afraid to tackle tough, contemporary subjects — he knew that even the youngest viewer might see news headlines and be afraid of what was going on in the world.

The show covered subjects like divorce, had a storyline about the nuclear arms race (using the puppets from The Neighborhood of Make-Believe), and in a era still largely divided by race hired Black actor François Clemmons as a recurring character, even sharing his backyard pool with him in one memorable scene.

He addressed tragedies like the Challenger shuttle explosion and the Iran hostage crisis. But Rogers didn’t get a chance to address the most traumatic national event of his lifetime: after decades of shows, Mister Rogers aired its final episode on August 31, 2001 — just days before 9/11.

Like everyone else at the time, Rogers was devastated. According to Biography, the attacks hit close to home for Rogers: he was a part-time resident of New York City, and was from Pennsylvania, where Flight 93 crashed.

In the aftermath of 9/11, PBS asked Rogers to record a series of PSAs, helping to reassure all his old viewers and help them cope with the tragedy. But even Mr. Rogers, who always appeared calm and assured in the power of kindness on his TV show, was starting to have his doubts.

“He was very troubled,” recalled producer Margy Whitmer in the 2018 documentary Won’t You Be My Neighbor? “He said, ‘I just don’t know what good these are going to do.'”

But Rogers recorded the series of PSAs, and whatever doubts Rogers had about their effect, he’s as calm and reassuring as ever — and watching them now 20 years later, you can still take away important lessons.

In one promo, he gives parents advice about how to discuss tragedies like 9/11 with young children. While many parents might think to avoid these topics altogether, Rogers says confronting them can actually make children less afraid.

“When children bring up something frightening it’s helpful right away to ask them what they know about it,” he says. “We often find that their fantasies are very different than the actual truth.”

“What children probably need to hear most from us adults, is that they can talk with us about anything. And that we will do all we can to keep them safe in any scary time. I’m always glad to be your neighbor.”

In another promo, seen in the Won’t You Be My Neighbor? documentary, Rogers thanks the people helping the world, referring to the Hebrew phrase “Tikkun Olam,” or “world repair.”

“No matter what our particular job, especially in our world today, we all are called to be ‘tikkun olam,’ repairers of creation,'” he says. “Thank you for whatever you do, wherever you are, to bring joy and light and hope and faith and pardon and love to your neighbor and to yourself.”

And in a final promo that aired a year after 9/11, Rogers directly addresses all the people who grew up watching his show:

You know it happens so often I walk down the street and someone twenty or thirty or forty years old will come up to me and say, “You are Mister Rogers aren’t you?” And then they tell me about growing up with the neighborhood and how they’re passing on to the children they know what they found to be important in our television work. Like expressing their feelings through music and art and dance and sports and drama and computers and writing and…and invariably we end our little time together with a hug.

I’m just so proud of all of you who have grown up with us and I know how tough it is some days to look with hope and confidence on the months and years ahead. But I would like to tell you what I often told you when you were much younger: I like you just the way you are.

And what’s more I’m so grateful to you for helping the children in your life to know that you’ll do everything you can to keep them safe and to help them express their feelings in ways that will bring healing in many different neighborhoods.

It’s such a good feeling to know that we’re lifelong friends.

That message turned out to be a final goodbye from Mister Rogers. On February 27, 2003, just a few months after the promos aired, Rogers died at the age of 74 from stomach cancer.

“He talked a lot about dying well,” his wife Joanne Rogers recalled in the documentary. “To die with the hopes intact.”

While Fred Rogers is gone, his words have left a lasting impact on the viewers who grew up watching his show, helping them to cope with the tragedies they experience in life.

One of his favorite pieces of advice was to “look for the helpers” after a tragedy.  “When I was a boy and I would see scary things in the news, my mother would say to me, ‘Look for the helpers. You will always find people who are helping.'”

That quote frequently comes up in periods of national grief, whether in the aftermath of a mass shooting or during the COVID-19 pandemic. Countless people have followed his advice, finding it comforting to look for the good in humanity.

Throughout his incredible career, Fred Rogers had a gift for helping kids, and their parents, cope with life’s difficulties. Years after his passing, we can still find useful, inspiring advice in his words.