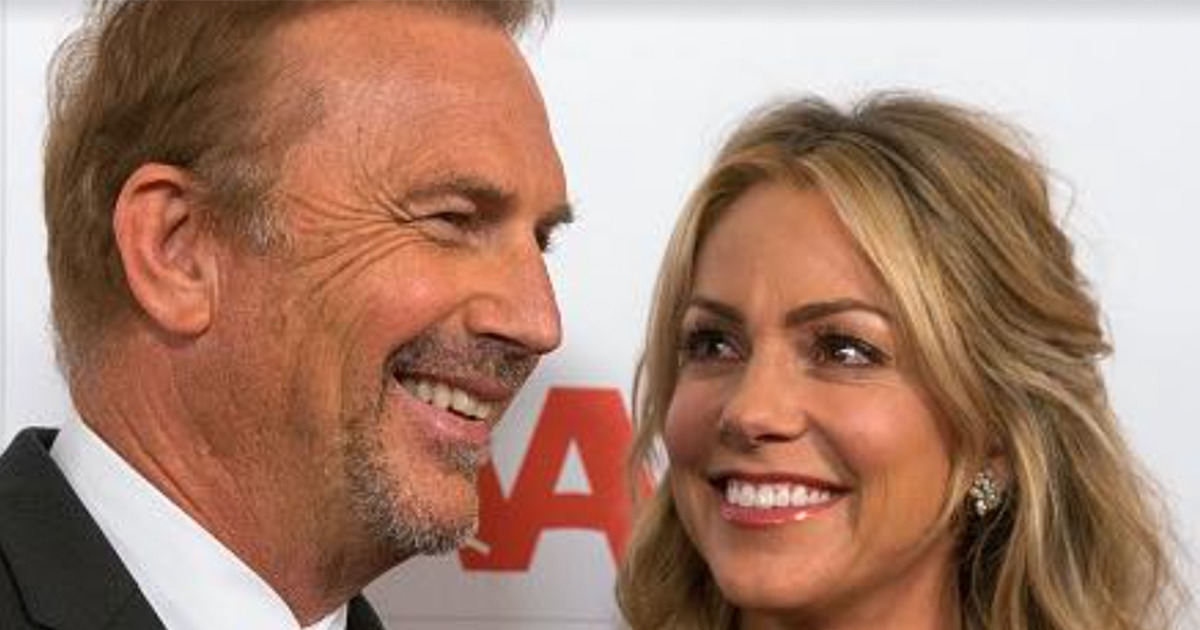 Kevin Costner has been the protagonist of many great love stories on screen, ones that we’ll always remember.

Who can forget the romantic scenes he shared with Whitney Houston in ‘The Bodyguard’? I can tell you something: Houston wasn’t the only one falling in love with this strong, yet tender bodyguard ...

But the success of this actor goes well beyond simply being easy on the eye. Costner has proven himself to be a wonderful performer, but also a fantastic movie director and producer.

Nevertheless, his real love life has been full of ups and downs. The actor found and lost love several times, which drove him into a long period of loneliness. This is the touching side of his story we hardly hear of.

Kevin Costner was born on January 18, 1955, in Lynwood, California, and from a young age planned to have a career in finance.

Following that plan, a youthful Kevin enrolled at California State University, Fullerton (CSUF) for a BA in marketing and finance.

But when he got there, things took a different direction. In his time at college, he started acting and dancing. The actor-to-be discovered that he was very good at performing. Not only that, but he loved it.

Acting wasn’t the only discovery he was to make during his years in college. In 1975, Costner met another student, Cindy Silva, and they fall in love. Three years later, the couple got married.

“She was beautiful, she was sweet, she was smarter than me. She represented everything about women that I like,” Costner told Closer Weekly about his first wife.

Little could Cindy imagine that one day her husband would become one of the most attractive and famous actors in the world.

The happy couple had three children, Joe, Annie and Lily, and the actor told  Closer Weekly that “being a dad is the most important thing in my life”.

Kevin’s personal life was strong and full of love, but his acting career wasn’t taking off. The actor needed to work other jobs as a carpenter and a gofer for Raleigh Studios.

Finally, in 1983, Costner landed a role in the movie The Big Chill, which also featured great actors such as Kevin Kline, William Hurt, Jeff Goldblum and Glenn Close. Sadly, Costner’s scenes were cut from the film.

And yet during these difficult times, Cindy was always there for him, supporting him and giving him strength.

Even though those scenes never saw the light of day, they opened the door to his acting career. The director of the film, Lawrence Kasdan, didn’t forget him. Kasdan called Kevin for the western movie Silverado. It was 1985 and Costner’s career was finally taking off.

After that movie, the actor entered a successful period in his career, being part of the cast of big titles such as The Untouchables (1987), Bull Durham (1988) and Field of Dreams (1989).

In 1990, Kevin starred in one of his most mythical movies, Dances with Wolves, which got him two Academy Awards — Best Picture and Best Director.

One year later came Robin Hood: Prince of Thieves and JFK, and in 1992 the actor became the most famous bodyguard ever in the movie ‘The Bodyguard’. In the movie Costner played a former Secret Service Agent, Frank Farmer, hired to protect a music superstar (played by Whitney Houston) from an unknown stalker.

Witney had no experience acting, and Kevin helped his co-star by giving her tips between scenes. Whitney’s talent and charisma did the rest, and the result was a huge success, the music for which became the best-selling soundtrack of all time, selling more than 45 million copies.

What many people don’t know its that the hit of the soundtrack, “I Will Always Love You”, was created by Dolly Parton, and it was actually Costner who suggested it, as per HerMoments. The a cappella intro was also the actor’s suggestion, and a very good one.

When Whitney Houston died in 2012, Costner was deeply saddened. He said he wished he could have “saved” Houston, like he did in his movie role for The Bodyguard.

“She was a very important person to me and the world has connected us in a way that we’ll never not be (…) I didn’t really get a full grasp of that until the lead-up to the funeral where people somehow felt that it was important that I say something,” Costner told Good Morning America back in 2012, when Whitney passed.

The chemistry between the couple on-screen made many think that it couldn’t be just fiction, but rumors of a real relationship were never confirmed.

What was confirmed was the actor’s divorce two years later, in 1994. After 16 years of marriage, Kevin Costner and wife Cindy went different ways.

At that time speculation insisted the actor had an affair with actress Halle Berry, but their romance was never given concrete credence.

The years after Costner’s divorce were not the in his career. In 1995, Kevin decided to produce and star in ‘Waterworld’, but after a first promising weekend, the movie didn’t convince his fans and it wasn’t given good reviews from critics either.

Businesswoman Bridget Rooney appeared to brighten up Kevin’s life in 1996. “Kevin is very romantic and tender. He really is Mr. Perfect,” said Ronney about the actor.

The couple had a son, Liam, but that didn’t help to keep them together.

When they broke up, Cunningham had a breakdown that landed her in hospital after drinking a bottle of tequila and falling unconscious. After that, she decided to move back to England, where she is working as an events organizer, activist, and campaigner for the rights of single mothers.

“I feel I have met my equal with this beautiful, talented, funny and lovely person,” said the actor, as per Travellermaster.

But it was just another illusion. Their relationship lasted less than a year.

At the same time, his acting career had started to go downhill again. Films like futuristic epic The Postman were not a big success.

Costner was struggling to find a long lasting and meaningful relationship and decided to take some time off from dating. A lifetime of ups and downs in love can be exhausting and push a person towards throwing in the towel for good. Kevin Costner, one of the most attractive actors of his generation, was alone and lonely for a long period.

Even if being alone isn’t necessarily a bad thing, to find a loving partner is fantastic. And Costner finally found it.

The couple broke up in 2002 and the actor’s friends said that things “got too complicated,” referring to the fact that the actor didn’t want to have more kids, as per CountryLiving.

On September 25, 2004, the couple tied the knot and tied it strong. 16 years later, they are still happily married and have three children.

After finally finding real love, the actor is deeply committed to his wife and has declared that his family is his priority.

When the actor was asked as to the secret of their relationship, he said: “Maybe it’s the ability to say you’re sorry. I know that sounds so simple”, writes CountryLiving

We all know that it sounds simple, but it’s not. And I find it to be very good advice indeed.

I’m happy to know this wonderful actor and person finally got the long-lasting relationship he deserved. Cheers to love!