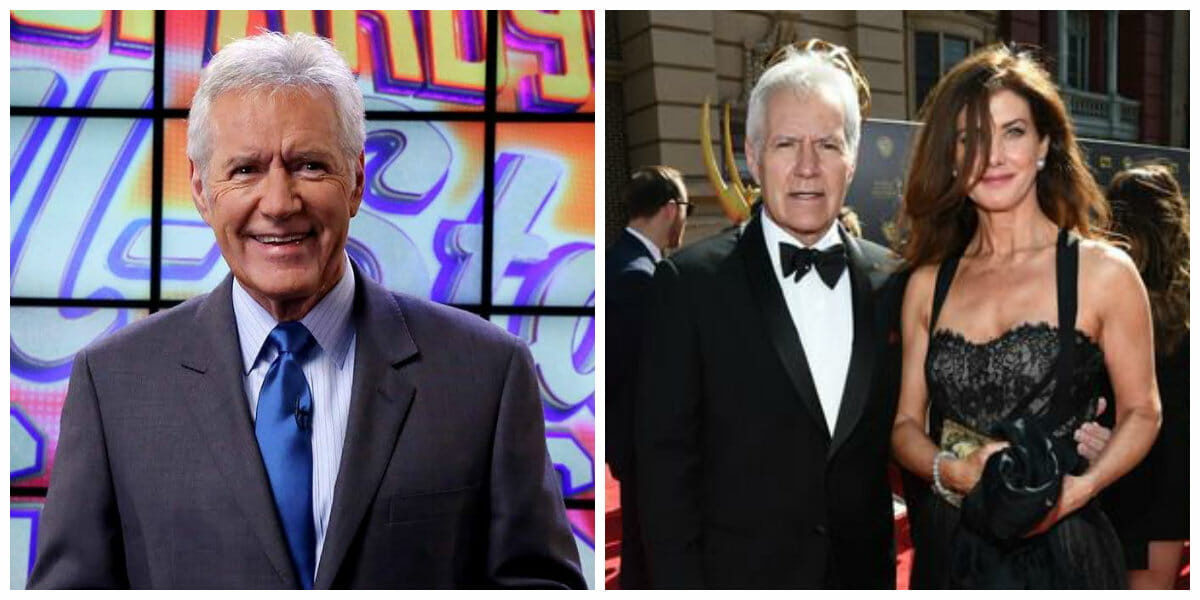 Ever since longtime Jeopardy! host Alex Trebek announced his stage-four pancreatic cancer diagnosis in March, the TV legend has received an outpouring of sympathy and support from fans all over the world.

But he says one person’s support has meant the most to him, helping him to get through the grueling cancer battle: his wife of 29 years, Jean Currivan.

A battle with cancer will take its toll on anyone. Alex has continued hosting Jeopardy! throughout his battle, but has suffered side effects like hair loss as he’s undergone chemotherapy, as well as emotional side effects: he told Good Morning America that he was experiencing periods of “deep, deep sadness.”

But cancer also takes a toll on victims’ loved ones. Despite his own struggles, the host knows that his family is going through their own battle.

“My heart goes out to caregivers,” Alex told People. “They have to deal with their loved ones suffering and they also don’t always know how to help because there’s not much they can do, except try to make you feel more comfortable, at ease and not worry about ordinary stuff.”

“They’ve also got to be strong and not allow their mate not to feel like they’re downhearted too.”

Alex married his wife, 54-year-old Jean Currivan Trebek, in 1990. He says she has been a rock throughout his cancer ordeal.

While the couple has shared in heartbreak, they’ve also shared in triumph. When Alex got the great news that he was in near-remission and that some of his tumors and shrunk by 50%, Jean cried tears of joy with him.

Sharing the inspiring health update in May, Alex credited the love and well-wishes of the people around him as being beneficial.

“I’ve got a couple million people out there who have expressed their good thoughts, their positive energy directed towards me and their prayers,” he told People. “I told the doctors, this has to be more than just the chemo, and they agreed it could very well be an important part of this.”

“I’ve got a lot of love out there headed in my direction and a lot of prayer, and I will never ever minimize the value of that.”

In January, two months before he announced his diagnosis, Alex said his only regret was not meeting his wife sooner. He said that the death of President George H.W. Bush had him wishing they could’ve had the same longevity he and Barbara had.

“I was thinking about President Bush when he died, and all the comments about his life about what a nice guy he is, and how he and his wife had been together 73 years,” he told People. “I thought, oh my gosh … if I’d just met Jean in my 20s we could have had a longer life together.”

The couple has two kids together: Matthew, 28, and Emily, 25. Alex says they’ve also been a source of support.

“They look at me as Mr. Strong,” he told People. “They think, if anybody’s going to beat this, dad will. They’re very positive, and until I demonstrate otherwise, they’re going to continue in that vein.”

Alex is set to return to hosting Jeopardy! next season. He will continue to receive treatment, hopefully going fully into remission.

As he’s acknowledged from the beginning, stage four pancreatic cancer is a tough prognosis: its five-year survival rate is a frighteningly low 3%. Still, Alex has made remarkable progress. Hopefully with the support of his family and fans, he will continue to defy the odds.

“Normally, the prognosis for this is not very encouraging, but I’m going to fight this, and I’m going to keep working,” he said in his announcement video. “And with the love and support of my family and friends and with the help of your prayers also, I plan to beat the low survival rate statistics for this disease.

Send your thoughts and prayers to Alex!