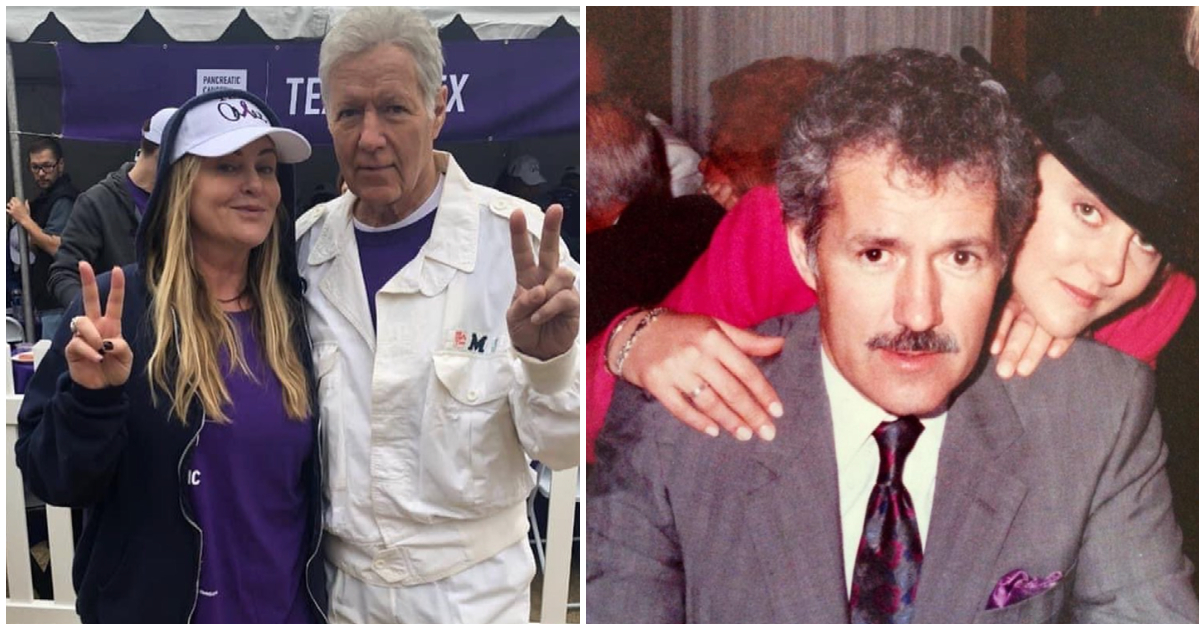 As the host of the beloved game show, Trebek was a big part of many of our lives. And off screen, he was a devoted family man — and we’re sure no one misses him more than his own children.

And recently, Alex’s daughter Nicky posted a tribute to her father, marking the two-year anniversary of the announcement of his cancer diagnosis.

On March 6, 2019, Alex Trebek shared news that stunned Jeopardy! fans: he had been diagnosed with stage IV pancreatic cancer, a disease with a low survival rate.

But just as surprising was the fact that Alex decided to announce his personal health news himself, in a short video posted to Jeopardy! social media. The host showed a lot of strength and resilience, delivered with his trademark straightforwardness and good humor.

“Now normally, the prognosis for this is not very encouraging, but I’m going to fight this, and I’m going to keep working. And with the love and support of my family and friends and with the help of your prayers also, I plan to beat the low survival rate statistics for this disease,” Trebek said.

“Truth told, I have to! Because under the terms of my contract, I have to host Jeopardy! for three more years!” he joked. “So help me. Keep the faith and we’ll win. We’ll get it done. Thank you.”

The announcement prompted a widespread outpouring of sympathy, but also praise for Trebek for his professionalism in light of this diagnosis, and for help spreading awareness of pancreatic cancer.

Pancreatic cancer is deadly because it often goes undetected until it has developed to stage IV, which has a low survival rate. Months later, Trebek made another announcement in honor of Pancreatic Cancer Awareness Month, encouraging people to know the signs.

One of the many people inspired by Alex’s actions was his daughter, Nicky, who posted a tribute to her father on March 6, marking the two-year anniversary of his cancer announcement.

She recalled how her father “bravely stepped out in front of the camera to announce he had been diagnosed” and “brought much-needed awareness to this terrible disease and provided hope to so many struggling.”

“I’m beyond proud of him for his courage and integrity throughout his illness,” Nicky wrote. “So I’m continuing what he started and will fight for everyone affected by pancreatic cancer.”

She says she has been supporting the Pancreatic Cancer Action Network, and encouraged others to do the same.

True to his word, Alex did beat the typical prognosis for stage IV pancreatic cancer. He continued his cancer battle for a year and eight months after his diagnosis — despite the ups and downs, he still continued to host Jeopardy!

Alex died on November 8 last year, and his final Jeopardy! episodes aired in late January. Episodes have continued to be dedicated in his memory.

No permanent host has taken over for Trebek. “Greatest of all time” Jeopardy! champ Ken Jennings took over hosting duties immediately after Alex’s death, followed by the show’s executive producer Mike Richards.

The show is currently hosted by a line up of celebrity hosts, beginning with Katie Couric. While Alex clearly left big shoes to fill, he’d be happy to know that the show he cared so much about his continuing on.

Alex Trebek may be gone, but his legacy continues. Thank you for your decades of hosting Jeopardy! and for shedding light on pancreatic cancer.