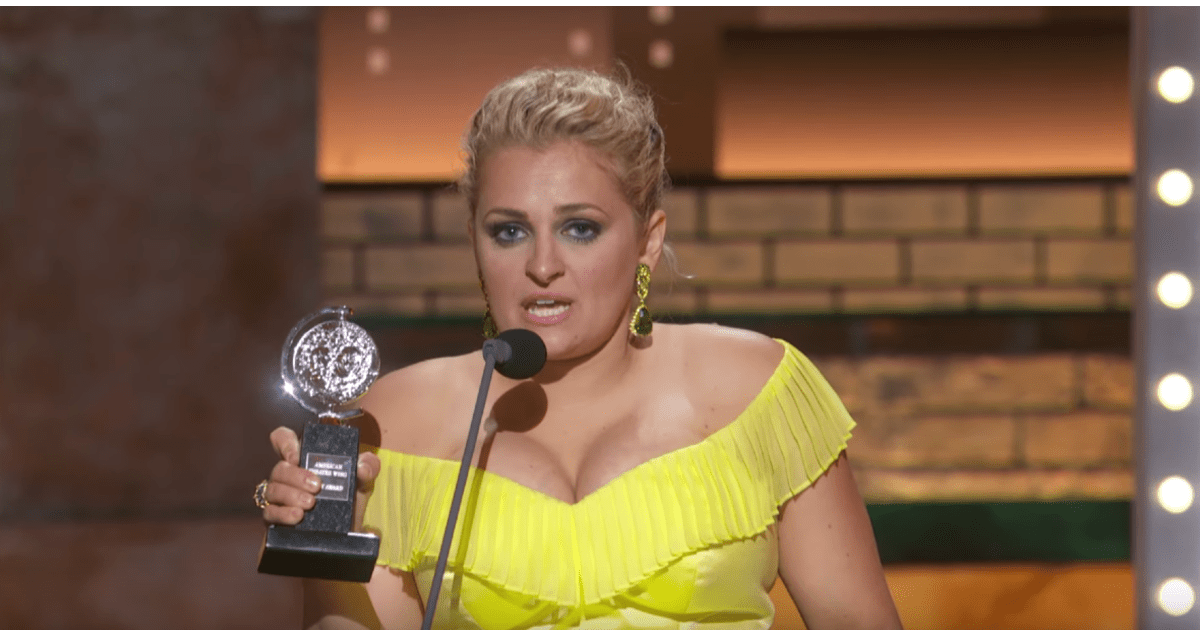 When Ali Stroker accepted her award for best featured actress in a musical at the 73rd Tony Awards, she made history. She became the first person in a wheelchair to win a Tony.

The 31-year-old actress won for her portrayal of Ado Annie in the Broadway revival of “Oklahoma!.”

Stroker, who has been paralyzed from the chest down since she was two years old, accepted the award to a standing ovation and dedicated it to those with disabilities.

“This award is for every kid who is watching tonight who has a disability, who has a limitation or a challenge, who has been waiting to see themselves represented in this arena,” she said.

In addition to starring in Rodgers and Hammerstein’s “Oklahoma!,” Stroker has played roles in television too.

“I’ve just heard from a lot of young, aspiring performers, actors, singers and musicians how exciting it is to see someone in a chair on Broadway and on television,” she said. “And how it motivates them and inspires them to keep going.”

"This award is for every kid who is watching tonight who has a disability, who has a limitation or a challenge, who has been waiting to see themselves represented in this arena — you are.''

“It makes me feel amazing to me to be that to them because I did not have that as an 11-year-old girl pursuing my dream. I was looking to see who had made it who had a disability or was in a wheelchair. And there was nobody.”

You can watch Stroker’s acceptance speech in the video below:

When she was two years old, Ali and her brother Jake were involved in a serious car accident that left her paralyzed, but that never stopped her from pursuing her dreams.

Neither did the fact that she rarely saw people like her on stage.

Now, she hopes that children with disabilities will see her and see that they too can succeed despite any limitation they may have.

Share this post to congratulate Ali and to continue to spread her message that you can do anything!