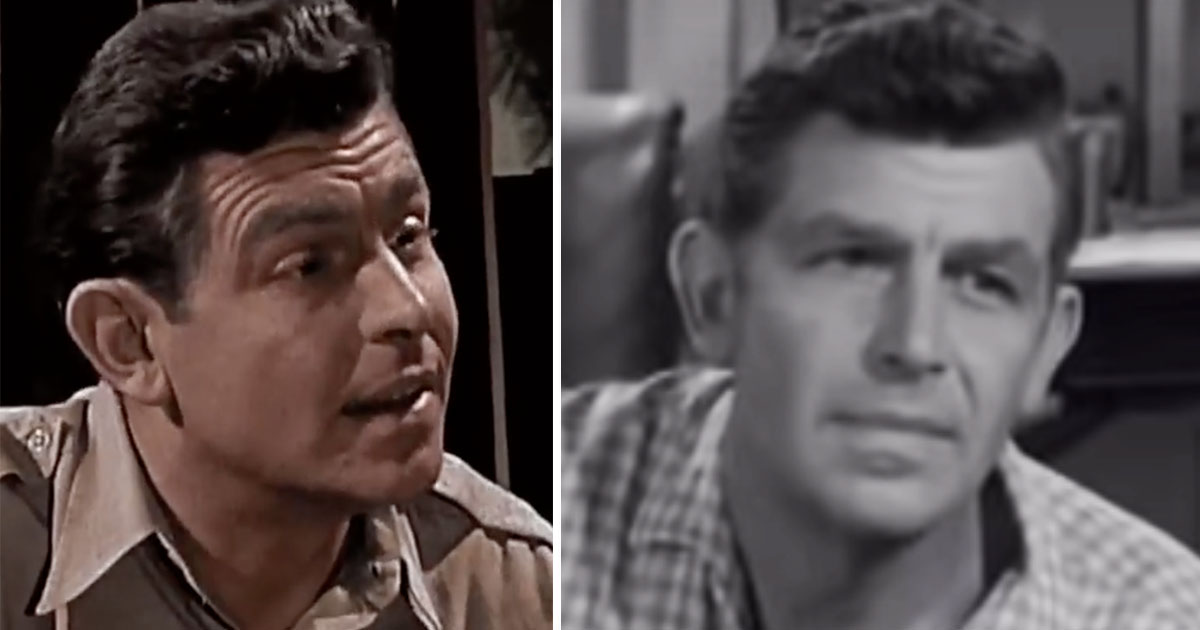 Andy Griffith became a television legend while starring as Andy Taylor in The Andy Griffith Show. In 2012, the comedian, actor, and singer said goodbye to the world, passing away at age 86.

But his legacy will forever live on.

Even though Andy Griffith’s way to fame came through a pretty special way, he quickly established himself as one of the greats. And by the time he died, he had made himself a fortune people only could dream of.

Andrew Griffith was born on June 1, 1926 in Mount Airy, North Carolina, a city, located on the foothills of the beautiful Blue Ridge Mountains.

While he lived in a picturesque part of the United States, Andy’s start to life was anything but a fairy tale.

When he was born, his parents had no home and his family was forced to live with friends. His mom and dad were extremely poor and Andy was forced to stay with relatives until his father could afford to buy a house.

When he was just three, his father got a job as a carpenter and could finally afford to buy a home in Mount Airy’s working district.

Andy Griffith himself was fascinated by music early on and listened to a lot of records and the radio. But he was also a shy boy, which hardly helped when he realized that he was born “on the wrong side of the tracks.”

As he got older, his classmates realized that Andy was a special person with a unique ability to make others laugh. When he started to appreciate his talent, Andy grew in confidence and slowly came out of his shell.

“I was being laughed at. I hated it, so I made an adjustment to control the situation. All comics learn that,” Andy Griffith said later on in life.

The turning point came when Andy and one of his friends were to sing in a local school program, in third grade. It transpired that his friend backed out at the last minute, so Andy was left alone on stage when the curtains were drawn.

After a split-second of nervousness, Andy Griffith started singing “Put on Your Old Gray Bonnet” and the audience went wild. Since that day, Andy knew he was destined to be on stage performing.

In high school, Andy continued to explore his musical and theatrical talents, attending the school’s drama program. In college he majored in music, and dreamt about living in New York City.

Griffith decided to head to New York City, auditioning for roles in both operettas and jobs in different choirs. However, he didn’t receive a single offer.

“Instead of being hurt, I just started to wonder what I could do with the rest of my life. And I went home and wrote a few jokes,” Griffith said. “That summer, I did my first long monologue, and a man named Orville Campbell came up to me and said, ‘I have a record company. Would you like to record “What it Was Was Football?‘ And I said, ‘Yeah.’ “

Andy, raised as a Baptist, loved swing, and had a great idol in a local pastor who played in a brass band. The pastor, Ed Mickey, was a supportive person who made sure that Andy was given an outlet for his talents.

In the mid-1950s, Andy got his first breakthrough as a monologist with What it Was Was Football?. The story was told from the point of view of a naive pastor who watched a game of football.

When the monologue was released as a single, it climbed the charts and Andy’s path to celebrity status lay open. After a few minor TV roles, he landed a part in the series that would largely characterize Andy’s life: The Andy Griffith Show.

The TV series and the inhabitants of the fictional town named Mayberry became very famous and popular for the way they maintained the strict, moral code of the 1950s and 1960s. However, at the start of filming, Andy Griffith wasn’t sure about the show at all.

Speaking with the Television Academy, Griffith recalled how it was only him (Andy Taylor), Francis Bavier (Aunt Bee), and Ron Howard (Opie) along with Danny Thomas (Danny Williams).

Danny Thomas was there to introduce the town of Maybery and its citizens, and the show was a spinoff of The Danny Thomas Show.

As Andy was the acting sheriff on screen, as well as editor of the local paper, he actually didn’t think the show was going to last for very long. At most, about two weeks – because it didn’t really have a hook.

Before the first day of filming was over, Andy Griffith even thought about quitting.

“That day, I didn’t have much to say at all. Artie Stander, Danny Thomas, and Sheldon Leonard yelled at one another all day. I asked Sheldon (the executive producer) if I could talk to him at the end of the day and he walked me to the gate. I said, ‘If this is what television is, I don’t think I can handle it’.”

Thought about quitting the first day

Sheldon Leonard knew what was up. He quickly comforted Griffith, telling him that the star on the show dictates the attitude on the set. The reality was that Danny Thomas and Sheldon Leonard communicated in a special way, screaming at each other. And as days went by – alongside Andy’s calm personality – the screaming soon stopped.

Speaking with NPR, Howard further spoke about the wonderful relationship they had on-screen.

“You know, they always have the kids in situation comedies be brats,” Howard said. “They really are kids that you kind of think, ‘God, somebody ought to just discipline that kid.’ But the Andy-Opie relationship was more of a real relationship, where when the kid gets out of line, the father does something about it.

“And the kid respects the father instead of being just a wise guy all the time. And Andy really took to that, and it’s one of the things that differentiates it from what we’re accustomed to seeing on sitcoms.”

According to Andy Griffith, The Andy Griffith Show became very successful because of the simple message. Kindness.

“I think it is because we–everyone on the show–have a real sense of community, of kindness toward one another,” he told the New York Times in 1965.

One of the legends of television

“The basic rule by which we live comes through on the program, kindness comes through. The show also has a number of featured performers, each with a definite character we can write around for any episode.

Andy Griffith added, “But equally important is the character of Mayberry itself. We try to make it a real little community with its small problems and those of its people put forth comedically.”

Aired in 1960, The Andy Griffith Show was still the number one show on television when it ended eight years later.

Griffith strangely enough never won an award for his performances on the show. However, he later was ranked No. 8 in the TV Guide’s list of “50 Greatest TV Dads of All Time.”

The Andy Griffith Show not only became a legendary television show. It also brought the actors together, forming bonds for life.

Don Knotts starred as Deputy Sheriff Barney Fife on the show. He and Andy Griffith became very close friends, all the way to the end.

“He was very much in control of himself. Barney,” Andy answerred on the question if Knotts was a lot like the character he played, Barney Fife. “Don. Don was an extraordinarily bright man. He knew life, he knew how to get around. He had a great admiration of women and he wound up with a good one.”

According to Observer, Andy also said that he believed that Don Knotts heard voices before he died.

“His first name was Jess. He hated that name but he told me it once so I couldn’t help but call him Jesse,” Griffith recalled.

“I said, ‘Jess, breathe. You got to make this, you got to pull through. Breathe.’ And, ya know, I saw his chest heave. And I said, ‘That’s a boy, just keep breathing,’ and his shoulder moved.”

Griffith continued doing plenty of work in television. After starring in the successful series Matlock, for 181 episodes, Griffith decided to scale back on his appearances. Instead, he went back to his roots and rediscovered singing, a career he always dreamt about in his youth.

“Things have changed so much,” Griffith told NPR in 1996. “People walked away from a simple life we had in the ’20s and ’30s, and I am glad that I am able to touch that period in our lives with the shows that I do and with the music that I do.”

Andy Griffith died in 2012 in his home in Manteo, North Carolina. He was buried in his family’s cemetery.

According to his death certificate, Griffith died following a heart attack, as reported by Reuters. He was 86 at the time.

Before his death, Andy Griffith had made himself a large fortune. According to Celebrity Net Worth, he held a fortune of about $60 million at the time of his passing.

A statue of Griffith as his beloved character Andy Taylor stands in Raleigh, North Carolina. It’s the capital of his home state.

Located on the statue, an inscription reads:

“A simpler time, a sweeter place, a lesson, a laugh, a father, a son”.

These words surely explains just who Andy Griffith was. A legend who never will be forgotten.

Andy Griffith was an amazing actor and singer, and we will forever try and honor his legacy the best way we can.