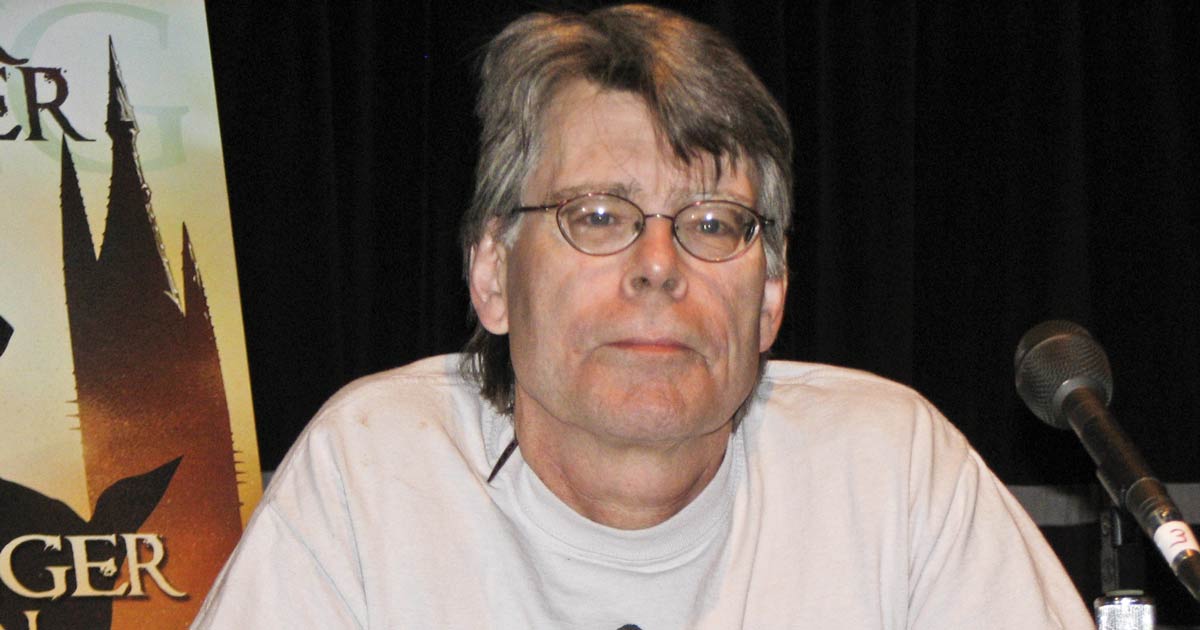 He is one of the most famous authors writing more than 60 books and selling over 350 million copies.

Now the American author is helping other aspiring authors with a $6,500 donation to an elementary school in his home state of Maine so that a group of students can publish their own books.

The 73-year-old author is donating the money to Farwell Elementary School, in Lewiston, so the students in its Author Studies Program can publish the two books they’ve written, Farwell Principal Amanda Winslow told CNN.

According to Principal Winslow the students, some of which have graduated to middle school, have been working on the books over the course of four years, developing the plot and characters with the help of another author from Maine.

Now the books are ready for publication and will be sent to a publishing company, thanks to King’s donation.

The talented young writers have produced two books – an original and a sequel, which will be available for purchase after they’ve been printed.

“It was, like, mind-blowing,” said seventh-grader Ella Leo to CNN affiliate WMTW.

The stories are partly based on the Covid-19 pandemic. The sequel novel is reworked from G. R. Savage’s “Fletcher McKenzie and the Passage to Whole,” to be made about a boy’s adventures during the pandemic, WMTW reported.

“I’ve been in it for the last four years, and only the people in my school have ever gotten to read what I’ve written, and it’s really cool to think that (now) pretty much anyone can read anything you write,” fifth-grader Hailey LaBrecque told WMTW.

Principal Winslow told CNN she’s proud of the students and what they’ve accomplished.

“I think it’s hard for kids to really understand the lesson of perseverance and patience, but they’ve been working on this book … and they’re definitely starting to reap the rewards of their hard work,” she said.

King, who was unavailable for comment, has written many horror books including It and The Shining, with many ending up on the big screen.

What a wonderful way to encourage young writers to follow in his footsteps.