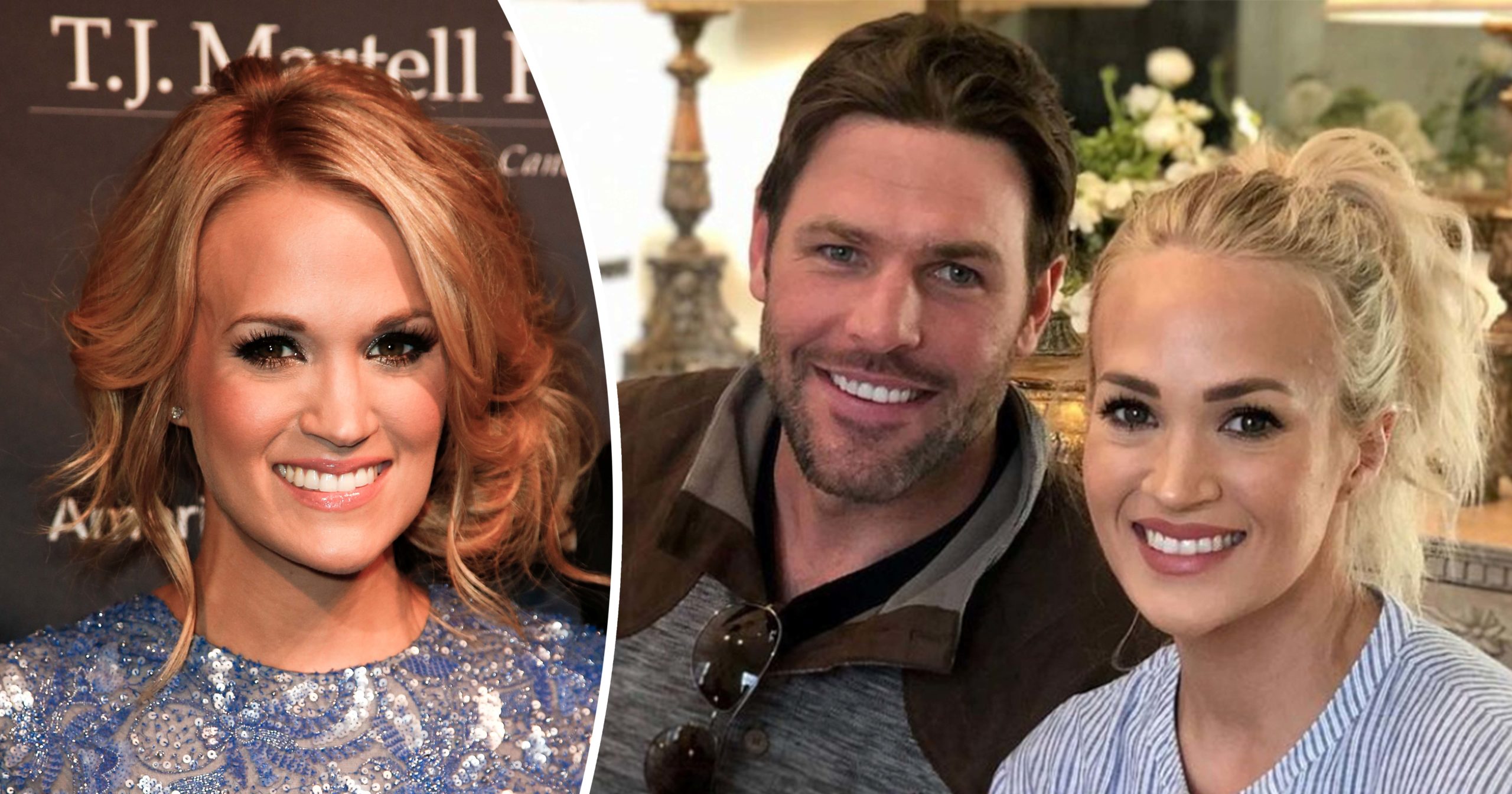 Carrie Underwood is widely known as one of the world’s most well-respected and talented country musicians. The Oklahoma native has sold over 70 million records worldwide, and holds the distinction of being the female artist with the most number-one singles on the Billboard Country Airplay chart.

Underwood became a star through American Idol. Since then, her career has been on a rocket-powered, upward trajectory. These days, she’s a certified megastar, as well as a loving mother and wife.

Some years ago, however, rumors about the 39-year-old possibly undergoing plastic surgery circulated, and it wasn’t long before the singer herself was forced to address them.

Here’s all you need to know about Carrie Underwood.

Carrie Underwood was born on March 10, 1983, in Checotah, Oklahoma. In her book Find Your Path, she described her childhood as “a small country town full of wide-open spaces, pastures, and woods here and there, family farms, and, best of all, decent people who look out for each other.”

Moreover, Carrie said her childhood was “free-range,” as she had tremendous freedom to do what she wanted.

“My friends and I spent a lot of time outside, hunting for snakes, scooping tadpoles and turtles out of the pond to look at them, catching frogs in the ditch or fireflies in the fields at dusk (and letting them go again), chasing each other through the pastures and backyards and little stands of trees here and there,” she wrote in her book.

“My family didn’t have cable, so we had maybe five TV channels. What else was I gonna do but go play outside? When we weren’t in school or sleeping or called in for family dinner, we were usually out there running wild… It was fun and interesting, and I had the freedom to explore and learn about what I loved—animals, sports, and singing. And I was always active.”

Indeed, by all accounts, Carrie’s childhood was a very happy one. Her parents – a teacher and paper millworker – loved that she was active, and she recalled always being involved in choir, band, baseball, football, or basketball.

One thing, however, was clear from the very start: Carrie Underwood had a remarkable talent for singing. Reportedly, her parents would drive her to other small towns in the surrounding area of where they lived, where she performed in homemade costumes at different venues.

“The savings bond I would win wouldn’t cover whatever we spent on gas to get there,” she told The Guardian in 2019.

As Underwood grew, it became obvious beyond a doubt that she wasn’t just any ordinary singer. She was a true performer, and at 15, she got her first development deal with a record company.

She traveled to Nashville to do her first recording. Sadly, it didn’t all go as planned.

“I just got my braces off; my acne had cleared up decently … but we had no idea what we were doing,” she said of herself and her band.

interestingly, Carrie may not have always had a career in entertainment in her sights. She enrolled at Northeastern State University in Tahlequah, Oklahoma in 2002, and intended to pursue a career in broadcast journalism.

Carrie studied communications, though she joined a theater group that changed her life. For the first time, she felt that she’d found a safe place where it was OK to sing around others.

“I was more guarded with singing anywhere near where I grew up,” Underwood explained. “It’s that fear thing: what will ‘they’ say? What if ‘they’ laugh at me?”

Though Underwood had planned for a career in a whole different field, her passion for singing soon became more than just a hobby. In 2005, Carrie used her parents’ dial-up internet to register herself for the fourth season of American Idol.

“I thought: why not?” she explained. “Because then I figured at least the door will be shut and I could stop wondering. I could stop thinking ‘what if?’ And then I could just come home, and graduate and get a job.”

“I burst into tears”

Carrie went along to the audition … and the judges loved her. Ultimately, she landed a golden ticket to go to Hollywood for the final audition. However, her career as a singer might have ended before it even started.

As she and her parents were on their way to the final audition, Carrie had second thoughts about going ahead with her involvement in the competition.

“I was so distracted that when Mom and Dad were driving me to the airport to go to Hollywood, I realized I’d forgotten lip liner. We stopped at a grocery store, and Mom dashed inside to buy some. All at once, it was just too much. Going out to Los Angeles by myself, competing with all those other people who were so talented. I burst into tears,” she explained in an essay for Guideposts.

“My dad turned to me in the backseat. ‘Carrie,’ he said, ‘we can go home right now, and we don’t ever have to talk about it again.'”

Luckily for her – and us – Carrie decided to audition. Today, we all know what happened. After a final wherein she competed against Bo Bice, Underwood won American Idol, and was awarded a recording contract worth a million dollars. Moreover, her prize included a private jet for one year, as well as a Ford Mustang.

On Instagram, Carrie shared an entry from her diary which described the night she won American Idol. As one can imagine, it was emotional.

“I immediately started crying,” Underwood continued in the entry.

“It was a beautiful moment. All the other contestants were sent out to hug me. I was crying the whole time. Then I was asked to sing. I blubbered through Inside Your Heaven.”

In 2005, Carrie released her first album, Some Hearts, which became a huge commercial hit. It sold more than seven million copies – further driving home the point that she had made it to the big time, she embarked on a 150-show tour, getting to perform alongside the likes of Kenny Chesney and Brad Paisley.

However, around the time that Carrie won American Idol, she had other important things to consider. Since she hadn’t graduated when she won the competition, Carrie went back to school. In 2006, she graduated with a BA in mass communication.

Just a year later, Underwood won a Grammy Award for Best New Artist and Best Female Country Vocal Performance. As of today, she has won eight Grammy Awards and released as many albums, the last one My Savior, in 2021.

All told, Underwood has sold over 70 million records worldwide – she’s actually the female artist with the most number-one singles on the Billboard Country Airplay chart. Thanks to her success, she’s said to have a net worth of around $140 million.

Besides becoming a well-known musician, selling millions of albums, and touring all over the country, Carrie has also started a family.

Today, Carrie and her husband, Mike Fisher, have been married about 12 years. The two met for the first time through some friends, though it wasn’t until a year later that they hit it off during a Meet & Greet.

Reportedly, Carrie’s bassist, Mark Childers, knew Mike Fisher, and had previously tried to pair the two together, but it never seemed to work out. Thankfully, the Meet & Greet was different.

“We kind of missed seeing each other and meeting each other a couple times and he finally drove to Toronto to see us play and I was like ‘man this is going to be awkward’ meeting somebody and everybody’s going to be standing there watching us,” Carrie explained on The Kelly Clarkson Show.

“So I was like I’ll put him in the Meet & Greet because then if it’s not happening and he’s weird or something I could be like ‘oh I gotta go my hair…..'”

“And to hear [Mike] tell the story he’s like ‘i’m like surrounded by these little girls and it’s just me at the end of the line and there was another hockey player that was there.’ It was awkward but it makes for a good story now.”

Mike Fisher is a well-known sports athlete, having played in the NHL for years. In 2018, he ended his career, and is now entirely focused on being the best father possible.

Carrie and Mike married on July 10, 2010, welcoming son Isaiah in 2015, and his brother Jacob in 2019. Though the couple are happily married, Carrie once revealed that she had promised herself to never marry a person like Mike.

Mike apparently likes to hunt, and Carrie never wanted to marry a hunter because of how she feels towards animals. Carrie herself explained that she “always swore I would never marry a hunter as a child, not in a million years.””

Love, however, as it often does, turned out to be a powerful force.

“I feel like we’ve last ten years cause I feel like we have a good partnership, and that’s really important to understand and be able to like ask and be like ‘hey i’m super busy right now I’m going to need you to like hold it down and be my support’ and vice versa,” Carrie explained.

“Like when he was playing [hockey] especially, we were both just super busy and we would kind of have to just ebb and flow responsibilities in our relationship and our kids. But yea just try to take some time whenever you can, we’re not great at date nights, I’m not great at date nights, if I have any time off, I want to be in my pajamas at home.”

A few years ago, Carrie was involved in what she described as a “freak accident.” It led to rumors of her having gone under the knife and received plastic surgery.

It didn’t take long before she told the world the truth, even if she said it was a “sad truth.”

“I just fell,” Carrie told Today of her “accident”. “I just tripped taking my dogs out to do their business. It could happen to anybody.”

In the fall, she broke her wrist and sustained facial injuries that required 40 stitches.

Carrie was soon on her feet again, but many fans commented that her stitches were nowhere to be seen.

Others thought that her nose looked different, and rumors about her having undergone plastic surgery began to spread.

According to Underwood herself, this isn’t close to the truth. She set the record straight in an interview with Redbook.

“I’m on some magazine every other week for something crazy,” Underwood said. “It’s a little sad, because the truth is just as interesting I wish I’d gotten some awesome plastic surgery to make this [scar] look better. But I try not to worry too much about it.”

The successful country singer added that she doesn’t let rumors bother her. Instead, she said she merely wants to “raise my son and live my life.”

Furthermore, Underwood was adamant that she wouldn’t let the injuries she had suffered shake her self-confidence, though she admitted that she’s been hard on herself in the process.

“Any time someone gets injured, it looks pretty bad in the beginning, and you’re like, ‘What is this going to wind up like?’ You just don’t know,” she said.

Carrie Underwood is a remarkable musician, I think we can all agree on that.

Please, share this article if you also enjoy listening to Carrie!