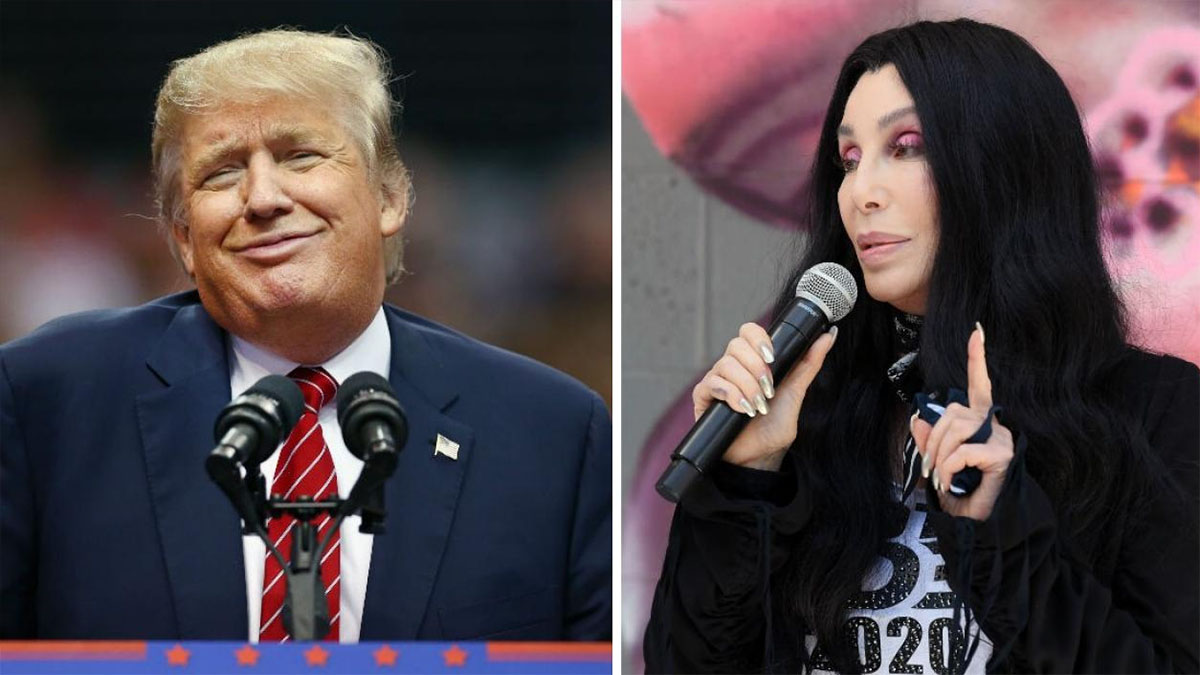 The last four years have prompted so many celebrities to come out and air their views on politics.

But probably the most vocal celebrity of them all has been legendary singer Cher who refuses to hide her hatred for President Donald Trump.

Her strong feelings against the 45th president even prompted her to write a song for Joe Biden’s presidential campaign, “Happiness Is Just a Thing Called Joe”.

In an interview with British newspaper The Guardian the 74-year-old music icon didn’t hold back saying: “I hate to even call him a president because all he does is watch TV.”

She said the situation during his time as president has been toxic.

“People who just disagreed with each other before are now enemies. I hate to even call him a president because all he does is watch TV.”

The Oscar winner said she’d never hated someone more in her entire life and knows why he’s fighting to stay in the White House.

“I said if Trump can’t be in the White House, he’s going to burn it down,” the singer added.

“He’s trying to block Joe at every moment. He’s the most vindictive person I’ve ever witnessed. I think he’s fighting so hard because he’s going to be prosecuted when he gets out of the White House.”

Asked if Trump could end up in prison, Cher replied: “Oh, I hope so. I’ll be dancing around.”

Cher admits that she also disliked Bush when he was president and “for a minute it was touch and go for hate.”

“But the one thing I know is he loves America and Trump doesn’t.”

The California-born star is one of the best-selling music artists of all time and one of five actor-singers to have had a U.S. number-one single and won an acting Academy Award.

She has devoted much of her life to helping others through her nonprofit  Cher Cares, which is currently directing much of its resources to helping disadvantaged communities survive through the pandemic.

Her animal conservation efforts led her to rescue an elephant from dire conditions at a zoo in Pakistan.

The 36-year-old male – dubbed the “World’s Loneliest Elephant” – was relocated to the Cambodia Wildlife Sanctuary after being forced to live a life of solitude in a dilapidated zoo in Pakistan for the last eight years.

She cares about the environment and is concerned about climate change which has led to dangerous fires happening more frequently in her home state.

“I live in a particularly beautiful spot, but the fires are just killing us. A fire came right up my house and burned the side of it. I was so lucky,” she said.

“It’s climate change. And he (President Trump) wouldn’t give us any money for it. He hates us. He hates California. He doesn’t have one drop of goodness in him.”

Watch her perform ‘Happiness Is Just a Thing Called Joe’, a new version of a song from the 1940s musical Cabin in the Sky in the clip below.

What do you think of Cher’s comments about President Trump? We’d love to hear your thoughts on our Facebook page.