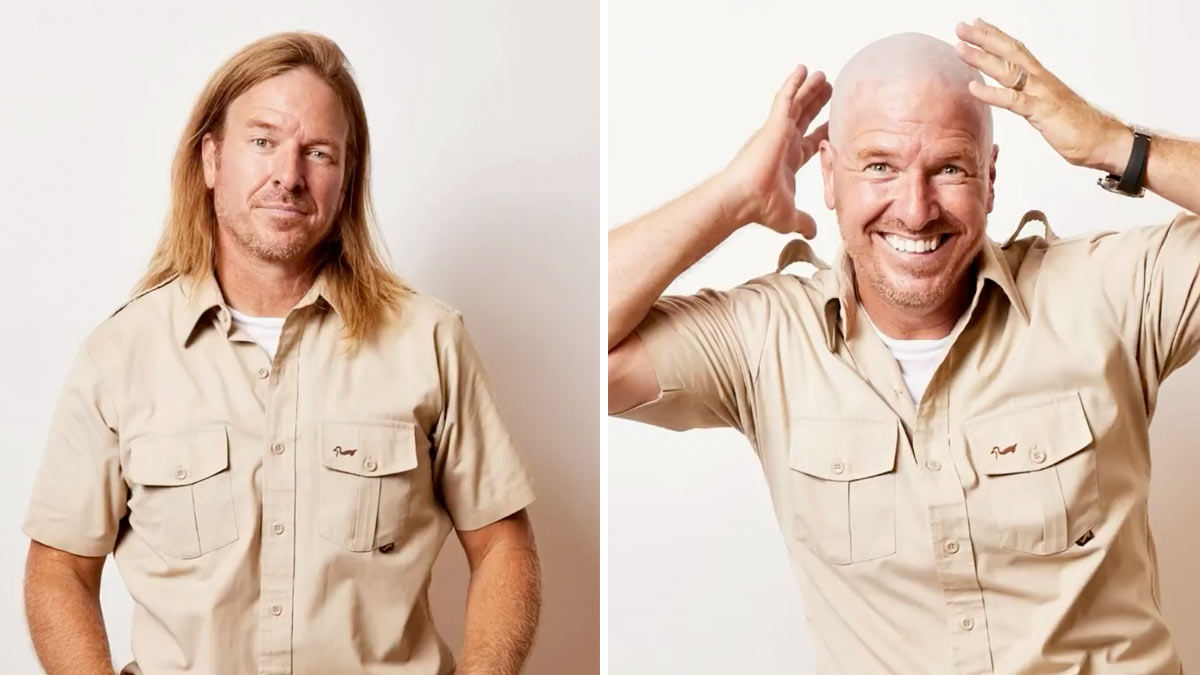 For quite some time, Chip Gaines, 46, has sported a longer hairdo. Fans of the Fixer Upper star were divided, even his wife Joanna said it took some time for her to get used to the look.

But now Joanna and fans are going to have to get used to another look because Chip cut his hair. It wasn’t just a trim or even a few inches. He shaved his head!

And it was all in the name of charity!

In July, Chip shared that like many of us, he had been growing his hair out while in quarantine, but it was finally time to get it cut.

Recently, he shared on social media that he knew a lot of people took issue with the length of his hair so he dared them to “put your money where your mouth is” and donate “a boatload of money for the kids” at St. Jude Children’s Research Hospital.

He also shared that his hair that so many people seemed to despise would be donated to an organization that makes wigs for children.

The day before Chip got his long-deserved haircut, both he and Joanna made one final plea for donations for St. Jude’s.

And finally the day had arrived.

Chip was accompanied by Bailey, a teen he met in 2017. At the time the 16-year-old was at St. Jude receiving treatment for bone cancer.

“Jo and I met Bailey back in 2017, and seeing him now as a healthy young man reminds me why we were drawn to St. Jude,” he wrote in a post about the teen.

Joanna and Bailey watched as Chip’s hair was pulled back into ponytails, cut off, and then shaved.

“Okay Chip, are you ready to see your fixer upper?” Joanna said.

Chip shared on Instagram that he and Joanna were rounding it up to $500,000 and also contributing an additional $50,000 to Children with Hair Loss, the organization where Chip donated his hair.

This isn’t the first time the Gaineses have raised money for St. Jude nor is it the first time they have donated money. The couple who seem to be loved by many, donated $1.5 million to St. Jude Children’s Hospital after a visit to the hospital in Memphis, Tennessee in 2019.

What do you think about Chip’s new hairstyle? Did you like his long hair or are you more of a fan of his bald head?