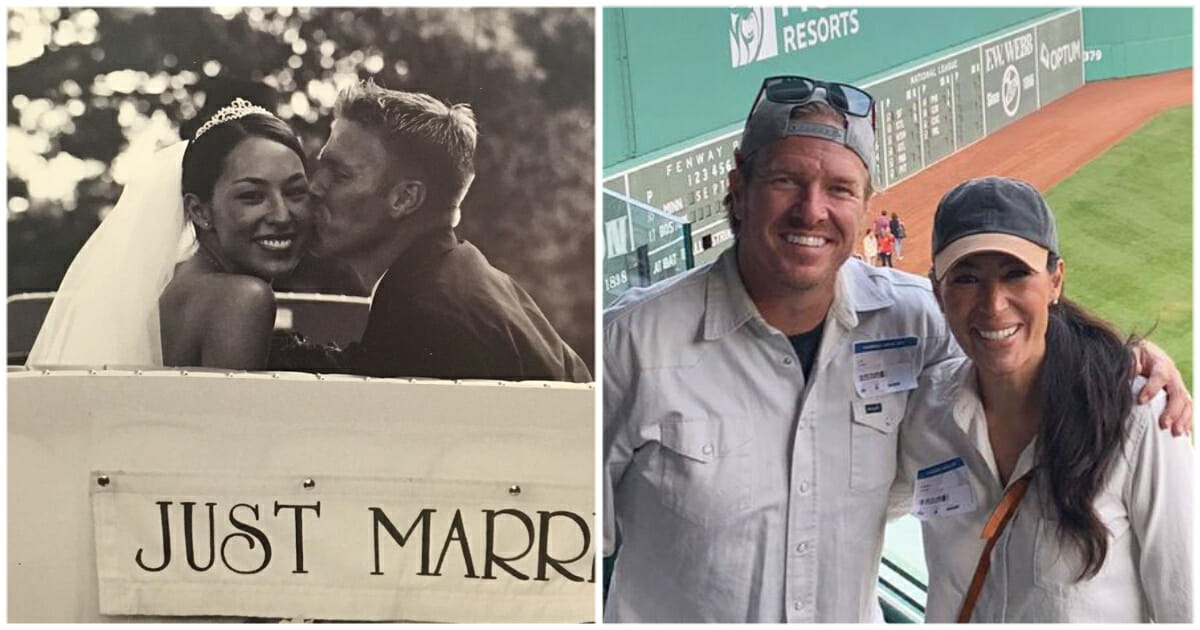 Fans of HGTV know there’s no couple like Chip and Joanna Gaines, the husband and wife who hosted the hit renovation show Fixer Upper.

Viewers know that this power couple is truly in love, and yesterday they celebrated their 17th wedding anniversary… and to mark the occasion Chip posted a sweet tribute to his wife on Instagram.

“Everything about you has made everything about me better,” he wrote, along with a photo of them on their 2003 wedding day. “And 17 years later I’m still learning from and loving on the most incredible woman in the world.”

“After all these years Joanna Lea Stevens, you really are the girl of my dreams.”

The couple met in 2001, when Chip was working at an auto shop owned by Joanna’s father.

“Her dad made the mistake of putting a pic of the family behind the counter at his [automotive] shop. I knew I’d marry her one day just by the picture on the wall,” Chip told Popsugar.

It was a real “opposites attract” type situation: “Match made in heaven is not the term you would use to describe us,” Joanna told People in 2016. “But when we mixed our personalities together, it created a spark.”

“Early on we had our fair share of fights and figuring out where the boundaries were,” she added. “He’s good at the big picture, and he’s good at risk. I like the details.”

Over the past 17 years, they’ve worked hard to keep up their marriage, even making sure to have a regular date night once a week.

They have five kids: sons Drake, Duke and Crew and Daughters Ella Rose and Emmie Kay.

Besides the Fixer Upper franchise, the couple is known for their charity work: they’ve raised money for St. Jude Children’s Hospital, and used their construction skills to build a new playhouse for them last year.

Let’s congratulate this great couple on 17 years of marriage! Share this story!