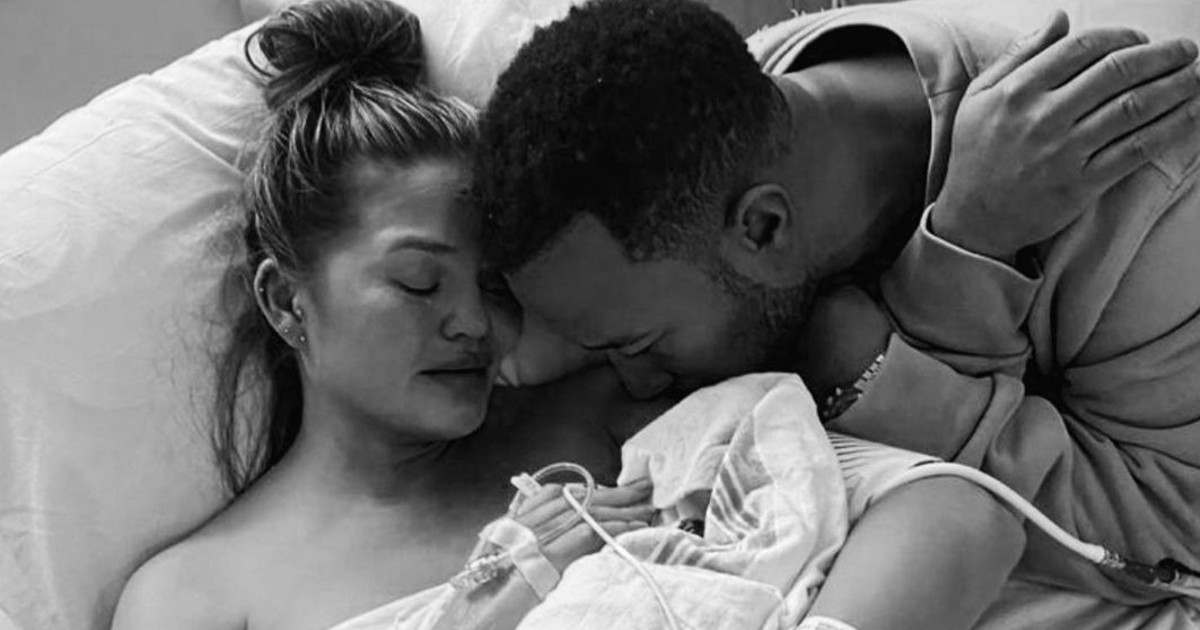 Once again Chrissy Teigen is opening up about the extreme emotional heartbreak she and her family have been dealing with since they lost their baby Jack in late September.

Nearly one month later, Teigen shared an essay on Medium, describing the events that led up to the miscarriage, “what happened,” and why she chose to chose the photos that got everyone talking.

“I had no idea when I would be ready to write this. Part of me thought it would be early on, when I was still really feeling the pain of what happened,” she began.

“It feels right to begin with a thank you,” she wrote. “For weeks, our floors have been covered in flowers of kindness. Notes have flooded in and have each been read with our own teary eyes. Social media messages from strangers have consumed my days, most starting with, ‘you probably won’t read this, but…’ I can assure you, I did.”

Teigen described her third pregnancy and a diagnosis of partial placenta abruption led to immeasurable heartbreak.

“I could have spent these days at the hospital, but not much of a difference would have been made. I was still seen by doctors at home, silently twisting their negative words into positives, thinking that everything might still turn out okay.”

After being on bedrest for a month she was eventually hospitalized for excessive bleeding. Despite numerous transfusions, nothing seemed to be working.

“Late one night, I was told it would be time to let go in the morning,” she wrote. “I cried a little at first, then went into full blown convulsions of snot and tears, my breath not able to catch up with my own incredibly deep sadness.”

When the time came, she asked both her mother and John to take photos, “no matter how uncomfortable it was.”

Plus, she knew there were countless other women who experienced exactly what she was going through.

When she shared the photos, there was a lot of support, but there was also a lot of comments from those who didn’t agree with her sharing such a private moment.

‘I cannot express how little I care that you hate the photos.’

“I lived it, I chose to do it, and more than anything, these photos aren’t for anyone but the people who have lived this or are curious enough to wonder what something like this is like. These photos are only for the people who need them. The thoughts of others do not matter to me.”

She continued by saying she shared her experience and what has been going on since her family lost Jack because she “needed to say something before I could move on from this and return back to life.”

Teigen said that Jack’s ashes are in a box and will eventually be spread underneath a tree at their new home. He will always be loved, and Luna and Miles will always remember their brother.

My heart breaks for their entire family. I cannot imagine the pain they went to and continue to go through.

I will continue to keep them all in my prayers.