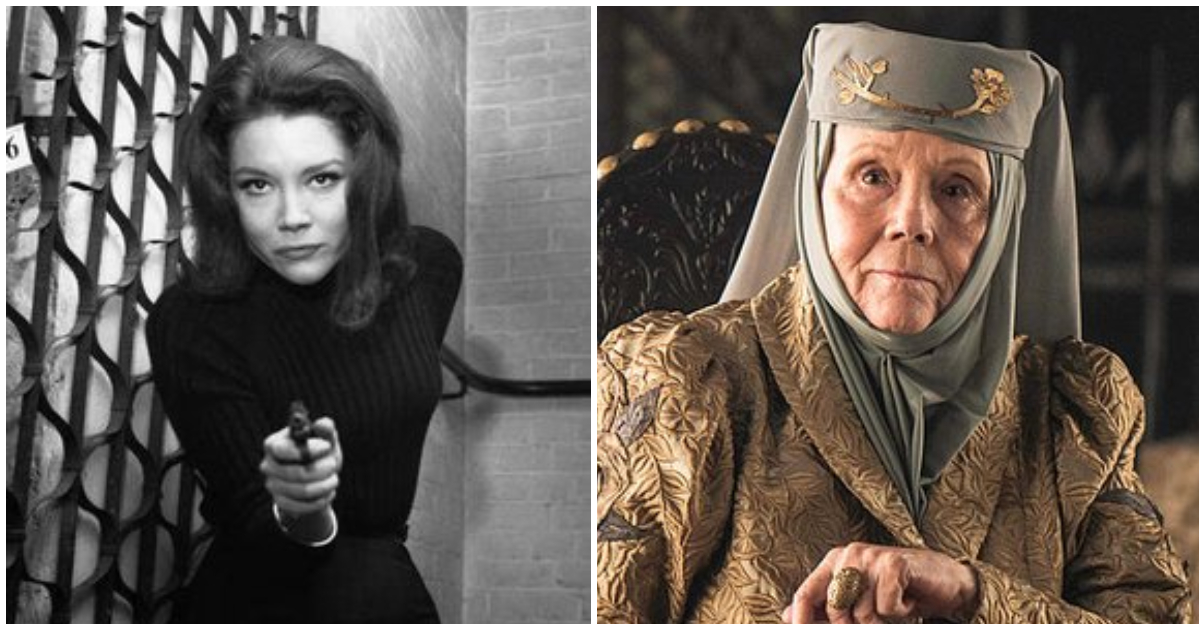 The entertainment industry has lost one of its most memorable and prolific actors: Dame Diana Rigg has died at the age of 82.

Rigg gained fame in the 1960s as the star of British spy series The Avengers and as the “Bond girl” of On Her Majesty’s Secret Service, and decades later continued to win fans with her scene-stealing role on Game of Thrones.

On stage and screen, the classically-trained actress delivered great performances that won her the admiration of her peers and audiences.

Rigg was diagnosed with cancer in March, and her death was announced in a statement by her agent.

“It is with tremendous sadness that we announce that Dame Diana Rigg died peacefully early this morning,” agent Simon Beresford said in a statement, according to CNN. “She was at home with her family who have asked for privacy at this difficult time.”

“I will miss her beyond words,” her daughter Rachael Stirling said.

Rigg began her career as a classically trained theater actress. She studied at the Royal Academy of Dramatic Art before joining the famed Royal Shakespeare Company.

But her big breakthrough came on screen, after landing the starring role of Emma Peel in the classic British spy series The Avengers.

Rigg starred on the show from 1965 to 1968, and during her years on the show it became an international hit and an icon of ’60s British culture, thanks largely to Rigg’s cat-suited, high-kicking performance, for which she received two Emmy nominations for Best Actress in a Drama Series.

After leaving the series, she starred in another spy franchise, co-starring in the James Bond film On Her Majesty’s Secret Service, starring George Lazenby in his only turn as 007.

Rigg has the distinction of being the only Bond girl to ever actually marry James Bond, though her character didn’t survive long past the wedding.

“As my new bride, Tracy Bond, I wept for her loss,” Lazenby wrote on Instagram. “Now, upon hearing of Dame Diana’s death, I weep again.”

Rigg continued to receive acclaim for her theater work. She won a Tony Award in 1994 for her performance in Medea. She also won an Emmy Award for her role as Mrs. Danvers in an adaptation of Rebecca.

But she found new widespread fame with a new generation of fans with her scene-stealing role as Olenna Tyrell in the hit series Game of Thrones.

It was one of the most acclaimed performances on the series, earning Rigg four Emmy nominations. Her blunt, funny delivery created some of the show’s most memorable moments.

In addition to Game of Thrones, Rigg continued to work well into old age, earning a Tony nomination for the revival of My Fair Lady and filming a role in the upcoming film Last Night in Soho.

After her death, many of her colleagues paid tribute to the actress.

Rest in peace, Dame Diana Rigg! Thank you for so many great performances over the years. You will be missed.

Share this story with your favorite memories of the actress.