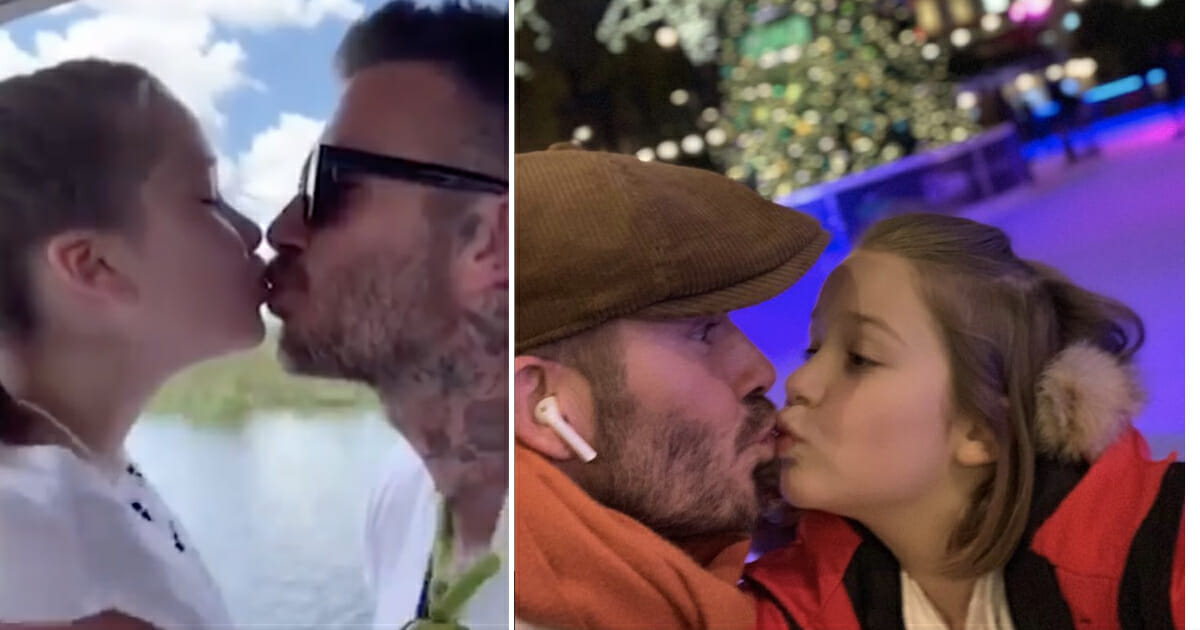 Good parenting practices vary from culture to culture and we may not agree with every practice that’s common. These debates often get parents animated. They like to weigh in on what they truly believe is right!

The truth is that there is no right or wrong answer, in many of these situations. Take the case of soccer star David Beckham: he has been seen multiple times kissing his young daughter on the lips. His daughter, Harper, is 7-years-old.

In the social media post, David is seen on vacation with his family, including designer Victoria Beckham, who is Harper’s mom.

Then, he pulls his daughter a closer and gives her a few pecks on the lips.

Some parents commented on the action, saying that it was “sick.” They claim that Harper is too old to be kissing her father on the lips. Others thought is was a sweet act!

The soccer star was criticized for the same thing last year, when he posted a photo of him kissing his daughter on the lips.

What do you think is right? Is this “sick”? Or is this perfect fine? Please share to get the conversation started!