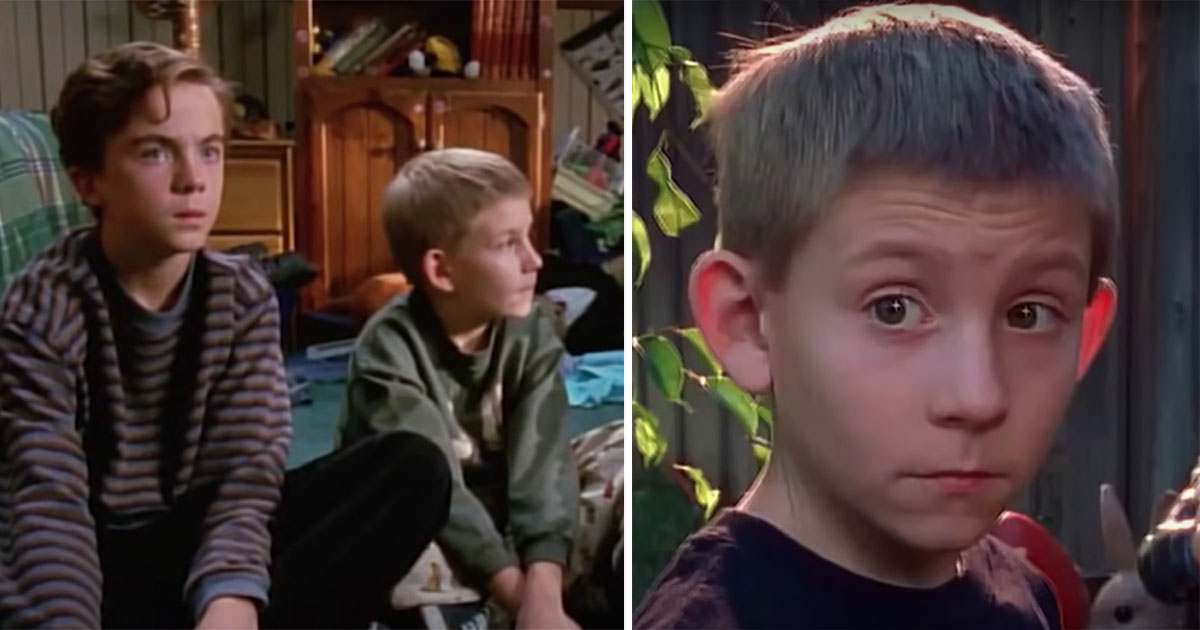 There are plenty of television characters that will be remembered forever, even though they weren’t really the star of the show. One that quickly comes to mind is “Dewey”, the little brother from the hit family sitcom Malcolm in the Middle, played by Erik Per Sullivan.

The show became a great success on television when it aired, and several of the main cast got their big breakthroughs.

But what happened to Erik Per Sullivan after the show? This is what he looks like today, age 30.

It’s been more than 21 years since Malcolm in the Middle premiered on Fox. The series broke new ground, and helped the network shape a new format as to how Hollywood made sitcoms.

‘Malcolm in the Middle’

Many of the cast members got their big breakthroughs with the show, including the then-unknown Frankie Muniz, who starred as Malcolm, as well as Bryan Cranston, who starred as father Hal Wilkerson.

In the beginning, Malcolm in the Middle wasn’t destined for huge things. In fact, the studios, as well as the network, were pretty much convinced that it was going to be a big flop.

But some disagreed, including Fox president Doug Herzog, who loved it.

The series, created by Linwood Boomer, was something completely new, and Herzog was ready to gamble on it. With that said, he made sure to spend huge amounts of money to market the series the best way he could months before it aired for the first time.

The series revolved around 14-year old Malcolm, the third of four boys in the family. In the show’s pilot, it’s explained that he has an IQ of 165, and is being sent to a class for “gifted” students. However, once there, he is surrounded by people who can only be described as social misfits.

Creator Linwood Boomer’s childhood was the inspiration for the show.

“I was in the middle,” Boomer told the Los Angeles Times. “We were rotten kids. After my mom saw the pilot her main comment was, ‘I’m not going to tell you [what] your IQ was, but it sure heck wasn’t 165.'”

Dewey was described as “trapped somewhere between toddler and hamster,” and throughout the series, he would go on to become a very popular character.

Since Fox president Doug Herzog spent plenty of money marketing the show, its ratings for the first episode were amazing. More than 23 million viewers tuned in to watch the sitcom, and more success would follow.

Malcolm in the Middle ran for a total of seven seasons, and consisted of 151 episodes between 2000 and 2006. It became one of the highest-rated sitcoms of the 2000s, with an average of 15 million viewers each episode. It even got to the point that the show got its own video game!

Malcolm in the Middle received seven Golden Globe nominations and 33 Emmy nominations, winning seven of them. It also launched the careers of several members of the main cast.

As mentioned, several cast members got their big breakthroughs on Malcolm in the Middle. But at the same time as some of them went on to conquer the world, others disappeared when the show got canceled.

One of the most memorable characters on Malcolm in the Middle was Malcom’s little brother Dewey, played by Erik Per Sullivan. Upon the show’s ending, things got pretty quiet regarding him.

Dewey on ‘Malcolm in the Middle’ today

So what did he do after the show? Here’s what you need to know!

Malcolm was the true genius of the family. However, Dewey also had many talents, including singing and even playing the piano.

He oftentimes fell victim to his siblings’ pranks, but there were occasions where Dewey was actually the character who stole the spotlight, giving Erik Per Sullivan many scenes to showcase what a talented child actor he really was.

“It really did feel like a family, especially with us kids [Justin Berfield as Reece, Erik Per Sullivan as Dewey,]” Frankie Muniz said during an interview with the Independent.

“We spent more time together than we did with our real families.”

He added: “We’d be outside playing kick ball and sports and we’d be arguing, fighting, bickering and playing pranks on each other just like brothers would.

“So in that sense you really do become like a family.”

Erik Per Sullivan starred in all 151 episodes of Malcolm in the Middle. Born in Worcester, Massachusetts on July 12, 1991, he was only 9 years of age when he landed the role of Dewey in the hit family sitcom.

At the same time as Erik became very famous, it was also tough. The series was mostly shot in and around the Los Angeles area, so he was a long way from home.

Dewey – after the show

However, actor Brian Cranston – who starred as Dewey’s father – wanted to help the young boy. In a speech for Cranston’s Hollywood star unveiling, co-star Jane Kaczmarek revealed that he often invited Erik Per Sullivan to spend weekends with his own family and children. This was because he wanted the boy to experience as normal a childhood as possible.

Sullivan appeared in the 2002 film Unfaithful. Two years later, he starred in the holiday film Christmas With the Kranks, alongside Jamie Lee Curtis and Tim Allen, while simultaneously working on the series that made him famous.

Sullivan has also worked as a voice actor on Finding Nemo, as well as on Arthur and the Invisibles.

He did some smaller cameo work on several television series as well, but other than that, Erik’s kept himself outside of the spotlight. He doesn’t have any official social media accounts, and it certainly seems like he doesn’t want to be the center of attention.

According to IMDB, Sullivan studied at the Mount Saint Charles Academy in Rhode Island, and later transferred to the Phillips Exeter Academy. He studied at the University of Southern California (USC) between 2009 and 2010, but hasn’t been involved in any form of acting job since.

But by looking at pictures of him grown up, one can see that he still is recognizable as Dewey!

So what about the rest of the main cast?

Well, the former child star and lead actor Frankie Muniz, who starred as Malcolm in the series, sure has had an interesting, if not trying, time since the show aired.

Muniz was 14 years of age when the first season of Malcolm in the Middle was released in 2000.

As previously mentioned, he loved being on the show, and felt that the cast became something of a large family. He gained plenty of attention for his great portrayal of Malcolm, which also earned him a 2001 Primetime Emmy nomination for Outstanding Lead Actor in a Comedy Series.

Muniz had a way busier schedule than Sullivan, starring in films such as Big Fat Liar and the Agent Cody Banks movies, as well as television series such as Lizzie McGuire, Criminal Minds and Preacher. He also lent his voice for The Simpsons and Dr Dolittle 2, among others.

Besides working as an actor, Frankie also has a great interest in cars. He briefly put his acting career on hold as he pursued a career in open-wheel racing in 2008. He was also the drummer for the band Kingsfoil.

But during the course of his life, Muniz has also been through some traumatic times. As reported by Entertainment Weekly, he’s suffered from nine concussions, which has left him with severe memory loss.

While competing on Dancing with the Stars in 2017, he opened up about his memory loss. His then-fiancée Paige Price helped him write things they’d done together down in a diary.

“I only know what it’s like to be me. Or have my brain,” Muniz said.

“So, I’m only reminded of how bad my memory is when people I see, they come to me and go, ‘Oh, you remember when we did this?’ ‘Remember we went on this trip to this country?’ And I have no recollection of it. But in my head, it’s not like I feel bad or sad about it.”

“I do when I think about it, but it’s just the way life is,” he added. “I only know what it’s like to be me and if I don’t let it bother me, I just try to live the most fulfilling, best life I can, I really try to take advantage of my time. And I’ve got a lot in my life.”

Malcolm in the Middle was widely popular at its peak, and it’s now been 15 years since it went off air. However, in 2015, Muniz tweeted about the show, saying he’d like to do a sequel.

“How fun would “Malcolm In The Mid-life Crisis” be? I wonder what Malcolm and his family would be up to now,” he wrote on Twitter.

Sequel to ‘Malcolm in the Middle’?

“It’s been 10 years since [Malcolm] went off the air,” Bryan Cranston told Entertainment Weekly. “And it’d be fun to pick up that guy’s clothes again and be fun and sweet and adorable and hapless and clueless and afraid of everything.”

Time will tell if we will get to see Malcolm, Dewey and the rest of the Malcolm in the Middle cast reunited on screen once again.

Malcolm in the Middle was truly a wonderful show. Would you like them to to a sequel or not? Please, give us your opinion in the comment section!

Meanwhile, share this article on Facebook with friends and family if you watched Malcolm in the Middle!