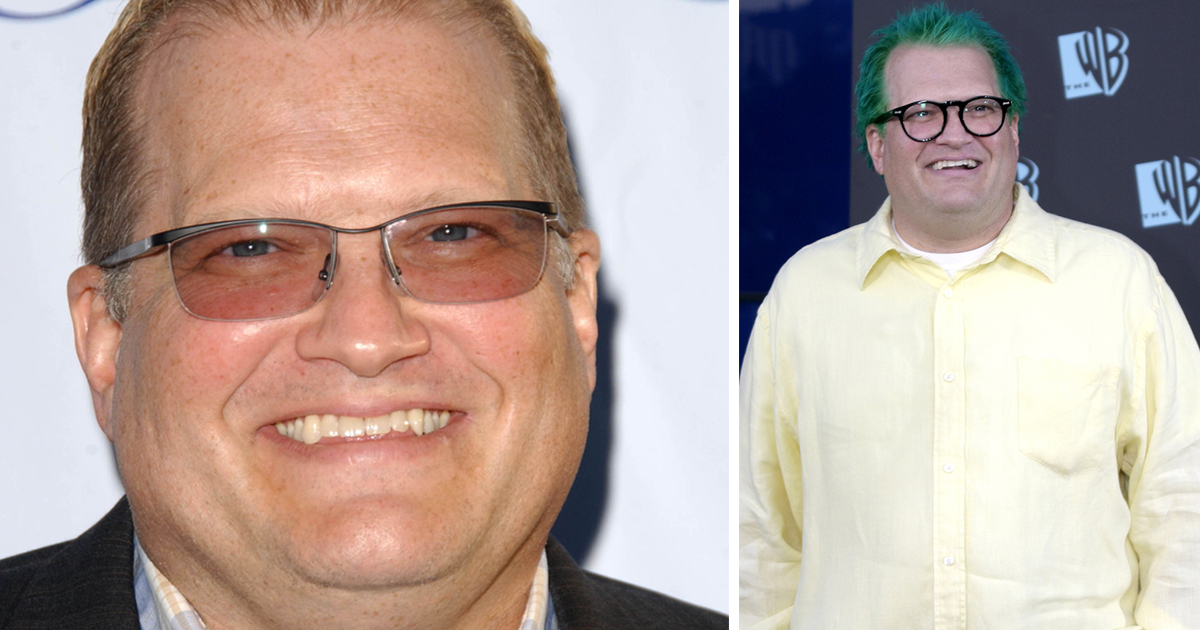 Many Hollywood movie stars may live a glamorous life in big mansions, sipping on drinks and enjoying their big pool.

But the fact is that life as an actor can be quite demanding – few jobs are as misunderstood as that of a professional actor. They often spend long days on set and work in a pretty stressful environment.

Therefore, a lot of actors have realized the importance of living a healthy life outside the spotlight – otherwise their bodies simply cannot cope in the end.

When TV host and actor Drew Carey went head-on into a get-slim-quick plan, many thought he would just drop a few pound and then put his old weight back on again.

But if we look at Drew today, it’s obvious that he has undergone an incredible weight journey – it’s almost impossible to recognize him when you see his new figure!

Cleveland native Drew Cary had a tough upbringing. When he was only 8 years old, he was forced to say goodbye to his father, who succumbed to a brain tumor. Drew and his two brothers were then raised by their mother, who had to take two jobs to make ends meet.

“I have been in a lot of desperate situations,” said Drew told Kirkland Reporter in 2010.

After being expelled twice from Kent University due to poor grades, Drew started off his career as a comedian in stand-up comedy.

He was truly a natural talent, and for several years Drew was a regular guest at comedy clubs in Cleveland and Los Angeles.

When Drew entered the ”Star Search” competition in 1988, he received more attention – which led to a guest appearance on The Tonight Show Starring Johnny Carson. He was also invited to Late Night with David Letterman.

For most people, Drew Cary is probably best known for his self-titled and beloved sitcom, The Drew Carey Show. The show, aired on ABC between 1995 to 2004, revolved around the home life of “everyman” Drew Carey, a fictionalized version of the comedian.

The series was created by, among others, Drew himself. A total of 233 episodes were aired over 9 seasons.

Although The Drew Carey Show made Drew a big star and a household name, the main character himself didn’t feel comfortable with his role.

Sure, his weight was a comedic topic throughout the sitcom – but the fact is that Drew hated those extra pounds his body was forced to carry.

“I was sick of being fat on the camera. Really, I just got sick of it,” Drew told People.

In his younger years, Drew was fit as a fiddle. Having serving in the U.S. Marine Corps during the 80s, Drew was used to extremely hard, physical exercise. After six tough years in the Marine Corps Reserve, Drew Carey was stronger than ever. And you can really see it, when looking at photos from that time.

As Drew pursued a career in comedy, he kind of forgot to take care of his body. During the years of his own sitcom success, Drew overindulged junk food and also drank heavily.

Being big was a huge burden for Drew, but there was one detail which made him want to change his unhealthy habits.

When Drew Carey started dating Nicole Jaracz in 2007, he became like a father figure to her son from a previous relationship, Connor.

Drew and Nicole called off their engagement in 2012, but Drew still wanted to be there for Connor in the future. He often speaks about Connor and referred to the kid as his beloved “son.”

After starting to experience health issues related to his excess weight – Drew struggled with type-2 diabetes and heart problems – the actor realized that he had to take care of himself if he wanted to see Connor grew up.

“That was a terrible feeling. I thought, I’m never going to see him graduate high school,” Drew told Parade.

In 2010, Drew finally took action and decided to slim down. He embarked on a very ambitious diet and exercise plan. To begin with, Drew avoided all junk food and tried to cut out carbs.

“I have cheated a couple times, but basically no carbs, not even a cracker. No bread at all. No pizza, nothing. No corn, no beans, no starches of any kind,” he said.

For breakfast, Drew usually had egg whites or Greek yogurt, with some fruit. For dinner, his staple food was grilled chicken with steamed vegetables. His diet also included a lot of water. In fact, Drew didn’t drink anything else – no coffee, no tea, no soda.

Sticking to a disciplined and low-calorie diet was very important for Drew, but physical exercise was equally important. He hit the gym, but one specific form of exercise became the ”secret” for Drew’s massive weight loss.

The strict diet and cardio training soon produced incredible results. In September 2010, the “Price is Right” host had dropped nearly 100 pounds, going from size 44 pants to a 33-34.

Not only did he manage to lose weight, Drew also got rid of his type-2 diabetes.

”I’m not diabetic anymore. No medication needed,” he told People.

The “new” Drew, who underwent a coronary angioplasty in 2001, really looked like a healthy, wealthy and satisfied man.

”I like being skinny,” said Carey. “I was sick of being fat on the camera. Really, I just got sick of it. Once I started losing weight, again, like once I started dropping a couple pant sizes, then it was easy ’cause once you see the results, then you don’t wanna stop.”

In retrospect, Drew has had time to reflect on the dramatic change.

Since 2007, Drew Carey has hosted television game show “The Price Is Right”. He’s also quite active on social media and often gives everyday updates from his Instagram account. Judging by the new pictures, Drew has kept his shape and he seems to doing great.

In recent years, he has also sported a big, grey beard – so it’s a little hard to recognize him! I don’t know what you think, but I think he looks both wiser and handsome in his new look.

Anyway, it’s wonderful to see Drew today; he seems so harmonious and that’s the most important thing.

It’s not easy to take charge of a bad situation and change your habits for the better – but I hope Drew’s journey can inspire someone out there.