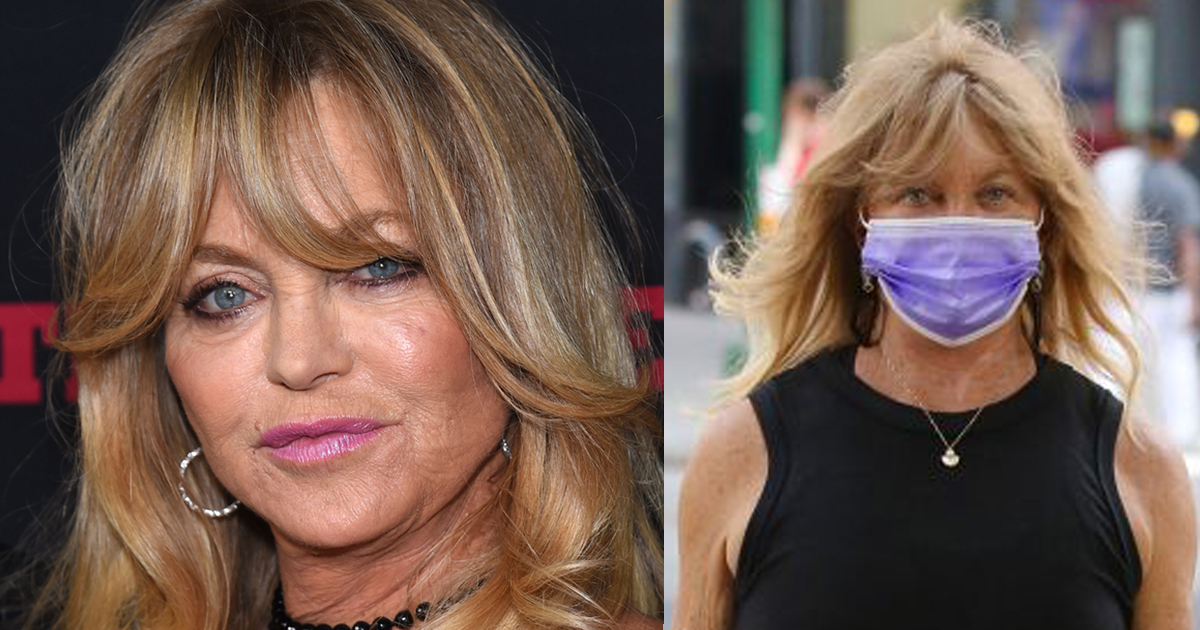 Goldie Hawn has been one of the brightest stars in the Hollywood sky for decades. After being practically born into the world of show business, still to this day, the beloved actress is working hard to entertain.

The 76-year-old actress has lived virtually her entire life in the spotlight but never commented on her political views – something that many of her fellow Hollywood actors don’t hesitate to do.

But there’s a reason Goldie does not want to speak about politics, and I have to say she has a point.

Goldie Hawn was destined to work as an entertainer right from the very start. The Academy Award-winning actress started her journey towards a life in the industry at age 3, and now, at 76, she can look back at a life filled with laughs, great performances in films, and a long and healthy relationship with the love of her life, Kurt Russell.

Being a celebrity is oftentimes seen as a very fun profession. You get to do all these cool films and stunts and make a great amount of money while doing it. You also get to attend no end of glamorous events and award ceremonies, as well as be recognized wherever you go.

In today’s society, celebrities are held accountable for everything possible, and it’s not that uncommon that their political positions become a topic of debate. The years have prompted so many celebrities to air their views on politics –  the most vocal has been legendary singer Cher who couldn’t hide her hatred for Donald Trump.

In today’s society, celebrities are held accountable for everything possible, and it’s not that uncommon that their political positions become a topic of debate. The years have prompted so many celebrities to air their views on politics –  the most vocal has been legendary singer Cher who couldn’t hide her hatred for Donald Trump.

And some months ago, country star Jason Aldean’s wife, Brittany Aldean, didn’t shy away from making her opinions known. The 33-year-old mom of two recently caused a social media frenzy when she posted a photo of herself and her children wearing anti-Joe Biden clothing.

So given the debate climate out there, it’s perhaps not so strange that some celebrities choose to stay away from politics.

During a recent interview for SiriusXM’s The Megyn Kelly Show, Goldie Hawn explained why she tries to keep politics to herself.

The discussion started when the host, Megyn Kelly, bashed out:

“I think it’s why it drives people crazy when Hollywood tries to act holier than thou and starts lecturing middle America about morality and so on. And you know, these people sitting in Iowa who have never done any, they’ve never tried to put someone on a casting couch…” said Kelly. “They’re like, you could save your lectures for somebody else.”

Then Goldie, who chose her words carefully, responded:

“A lot of Hollywood has a lot of mission, right? And you know, you want to put your name onto something that you believe in, but it doesn’t make a difference. And that’s the reality, is that if you are someone in the industry and you want to go into politics or you want to talk about these things, you know, I stay in my lane,” the Academy Award-winning actress said and continued:

“And I think that the idea if, so maybe segueing into what I’m doing now, but the reality is, is that if we want to do anything, we want to do it for all people, not just for a group or whatever. What makes polarity even more is creating teams on either side of the aisle. And I don’t think that’s what we do. I think we entertain. I think we bring awareness to people, just of their ability to laugh, to have joy, to experience it, to cry. We are emotional beings and create emotion in others. And it’s in this case, I think we’re in service.”

Instead of talking about politics, Goldie has invested a lot in other things that mean a great deal to her. For years, Hawn has helped others try and understand the importance of a good mental health and how one might improve it. She’s especially focused on children through her mental health organization MindUp.

MindUp provides material for both teachers and families to help children understand how they really feel. During the COVID-19 pandemic, Hawn says this has been very important.

“Today, we are in the midst of a national trauma that could very well surpass 9/11 and approach the heightened terror of the Cold War years,” Hawn writes in USA Today. “The COVID era has changed our children’s lives in far more real, tangible ways — social distancing, school closures, daily mask use.”

Furthermore, Hawn urged children, teachers and families to get help if they see warning signs of mental health struggles in those around them.

She also claims that America has ‘failed’ their children.

“This tells us that as a nation, we have failed our children,” she said. “The few federal and state dollars that get directed to youth ‘mental health’ invariably end up being earmarked for addiction and ‘crisis care,’ addressing only the most severe disorders. There are modest funds once a kid ends up in a hospital. But what about before?”

What is your view on this? Should celebrities talk politics and speak their mind? Personally, I don’t see it as a good or bad thing! It’s Goldie’s choice and that’s what this country is all about. She has the right to stay quiet and the right to speak out.

Just because she’s a celebrity doesn’t mean she’s obligated to be quiet OR speak out. Right? Share this article if you agree.