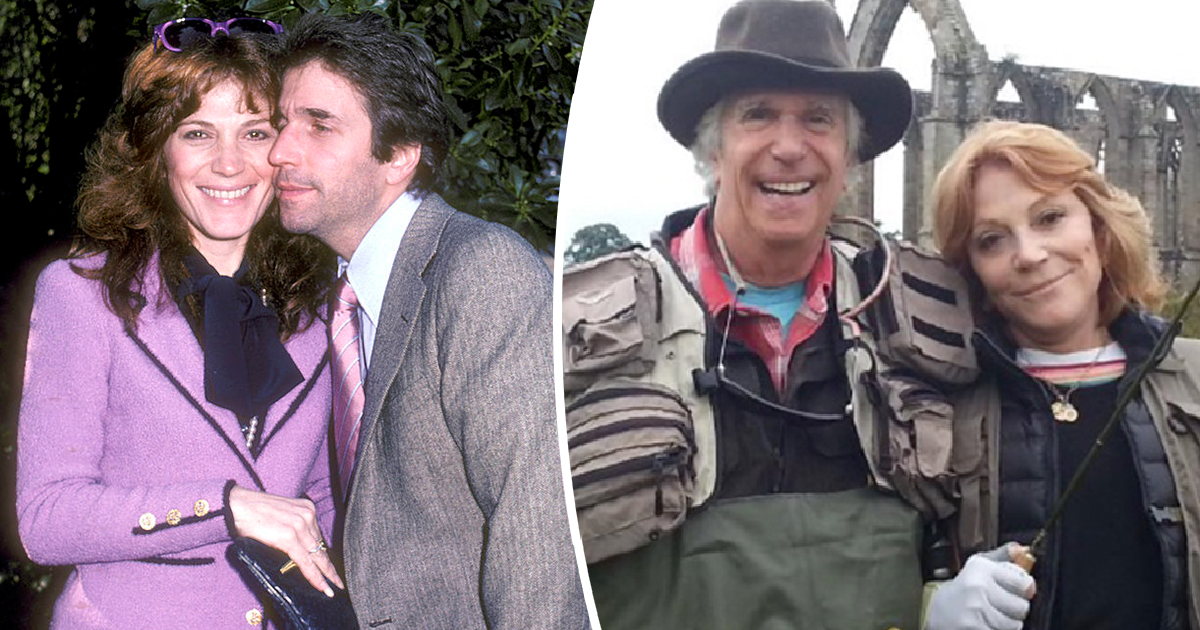 With 3 kids and a loving 44-year marriage, many would be surprised to know that Henry Winkler and his wife almost never saw each other again after their first meeting in a clothing store.

Henry Winkler is perhaps best known for his role as Arthur Fonzarelli on “Happy Days”, but should also be recognized for his devoted marriage to his wife, Stacey. It’s hard to imagine that the two almost never made it to their first date...

Henry Winkler is a name most people are familiar with because of the iconic roles the actor has portrayed in his long career. Most notably, Winkler is known for his role of Arthur “Fonzie” Fonzarelli in “Happy Days,” a character that is still highly referenced in pop culture today.

When Stacey and Henry met, the respective public-relations employee and actor found themselves in a clothing store that was a client of Stacey’s firm. While looking for a sport coat, Henry asked Stacey for some help, and the rest was history.

Speaking about the first time they met, Henry said, “She was wearing purple parachute pants, and she had red hair, and without her even saying a word, I thought, ‘Woah, beautiful woman standing in front of me’. I came back to the store the next week, and she was there. And within 10 minutes, I learned how strong she is.”

When Henry returned to the same store for his coat a week later, Stacey almost refused his offer to go on a date. Of course, she eventually agreed and, before they knew it, they were dating.

A step further than dating, Stacey and her then-four-year-old son moved in with Henry just before the couple decided to marry in 1978.

After being married at the same Manhattan synagogue where Winkler was bar mitzvahed, the couple had to begin navigating Henry’s growing fame. Stacey often had to cope with the large amount of female attention he began receiving.

Despite the couple’s union, Stacey explained that women still continued approaching their husband. She expressed that she simply had to learn to deal with it, knowing that such attention was a good sign for his career.

She went so far as to say, ”People would rush up to Henry and literally walk over my feet. One time I said, ‘You’ve just completely ruined my stockings.’ And this woman said, ‘But I love Fonzie!’”

Compared to future hurdles, female fans were not of great concern to the couple.

Henry and Stacey welcomed daughter Zoey in 1980 and son Max in 1983, living for years with their children and careers.

Max Daniel Winkler decided to follow his father’s footsteps in Hollywood and is a writer, director, and producer working on popular productions such as “New Girl” and “Crazy Ex-Girlfriend,” and more.

In the late ’90s, however, things took a sad turn for the family. Stacey was faced with a new challenge when she was diagnosed with breast cancer.

Stacey quickly went into remission. This lasted for some time, until 2007 when her cancer sadly returned. At this point, she experienced a double mastectomy and has lived cancer-free since.

In support of his loving wife, Henry has become very involved in breast cancer awareness. Winkler was invited as the guest speaker at the 13th annual “In The Pink of Health” Luncheon, an event that is one of many run by the organization to raise money for breast cancer patients and their families.

Before Stacey was diagnosed, Henry was already supporting those who suffer from cancer, even appearing at an all-star basketball game for the American Cancer Society in 1976.

With mutual support and respect, Henry and his wife have been able to maintain a long and healthy marriage. They do not keep their love a secret even though they claim there is not just one reason for their marital success.

On the James Corden show, Corden surprised Henry with a picture from his and Stacey’s wedding day. Winkler’s response was to say how Stacey is still as beautiful now as she was on their wedding day.

Henry is not the only one to express their love in public. She often shows support for her still-busy husband with posts and photos on social media.

While 44 years of marriage is never easy, the couple has often been open about working together to overcome the challenges that life brings.

”It does take work. There are glitches in the road, and you get a little off kilter, but if you have the ability and the stick-to-itiveness based on love, then your friendship and your relationship only gets better,” Stacey once explained to People.

Today, Winkler and his wife adore being grandparents. Winkler never got to experience a bond with his grandparents since all of them were taken to concentration camps during the holocaust and hence cherishes the relationship he has with his grandkids.

He told an interviewer about one of his grandchildren recognizing him from television. He said, “my wife and I babysat our four-year-old grandson, who is allowed to watch one show before he goes to bed. He has Happy Days on his DVR. He turned to me, he said, ‘That’s you. Your hair was different. You were skinnier then’”

He said his grandchildren were too young to realize that he was a famous actor and to them he was merely their doting grandfather “Papa” which was good enough for him.

The two should truly be an inspiration to the rest of us for their realism, courage, and love as individuals and a couple