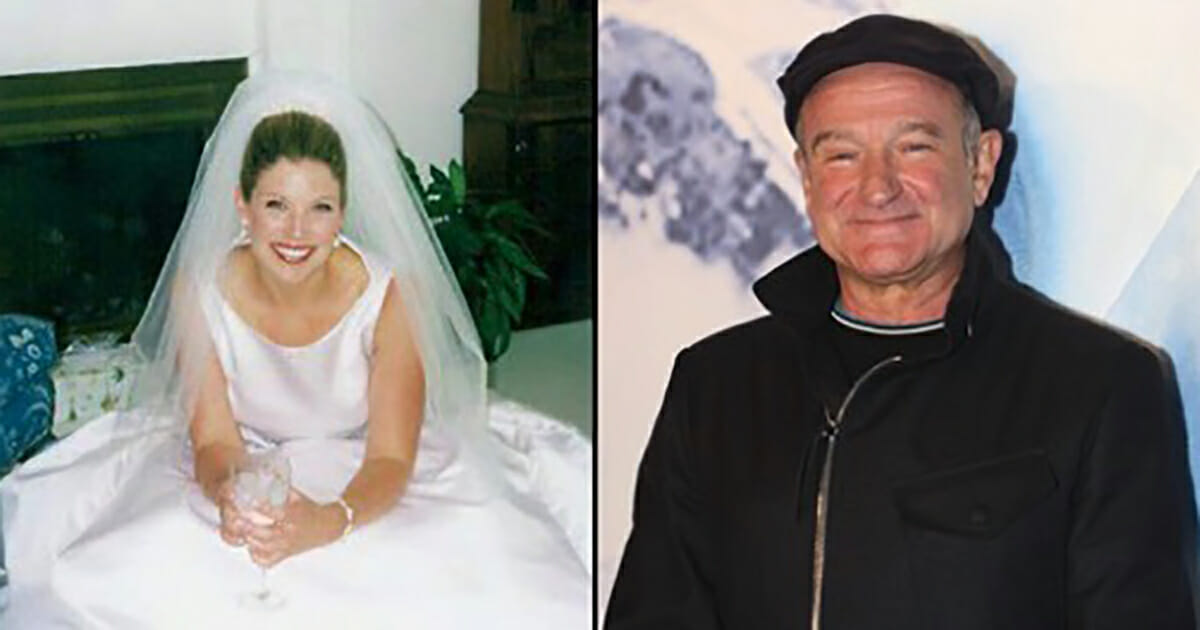 Robin Williams was a global legend who never failed to make people smile; when news of his death surfaced millions mourned the loss of such a great man.

He had a reputation for being a genuinely nice person, a family man and all-round funny guy but took his own life in August 2014 at the age of 63.

His death came as shock, even to those close to him, as the world learned he had been diagnosed with a disease many believe contributed to his pain and eventual suicide.

But one woman has a beautiful story to tell about the Hollywood legend when she met him at an airport.

She credits the big-hearted star for saving her during one of the most difficult periods of her life.

It was no secret that Robin struggled with depression and had fought alcohol and drug abuse.

Tests on the actor’s body revealed he had Lewy body, one of the most common causes of dementia.

After his death so many stories surfaced about the great actor’s warmth, compassion and strong will to help people.

Lawyer and writer Kate Osher wrote about how fortunate she was to meet the man himself during one of the darkest moments of her life.

The Los Angeles mom has a blog in which she charts her everyday life, loves and struggles.

She also looks back on her life with her first husband who committed suicide in 2001.

Kate was just 28 years old when her husband Greg took his own life.

Kate shared her thoughts and feelings when she found out Robin Williams had committed suicide and the unforgettable time she met him at an airport.

In “a little story I’ve never told anyone” published by The Mighty ,  she said that she went on a “travel quest” after her husband died “scattering his ashes where he requested and trying to piece my life and my soul back together as best I could.”

She experienced a tough situation with a guard at Los Angeles International Airport security check, who told her she would have to toss her husband’s ashes; a police officer was then called to handle the situation.

After showing him her husband’s death certificate and making it through security she found herself at the bar “still crying and clutching my little container (of her husband’s ashes).”

Kate immediately recognized the voice and turned around.

“Through my tears I could place the voice but couldn’t actually believe Robin Williams was just casually strolling through LAX and would actually take the time to stop to see if I was OK.”

As she explained her situation she said Robin’s eyes got a “little glossy” and when she finished he said to her:

“Addiction is a real bitch. Mental illness and depression are the mother of all bitches. I am so sorry for all the pain your husband was in. I’m so sorry for the pain you are in now. But it sounds like you have family and friends and love. And that tips the scale a bit, right?”

This sweet soul then walked her to her gate.

“He (Robin) told me I had a wonderful laugh. A beautiful smile. And when we parted ways, he hugged me. With his famously hairy arms, he gave me a huge, warm, bear hug, and it sustained me,” she wrote, according to The Mighty.

“It was a moment I think about all the time. That moment saved me. And sustained me. He sustained me during one of the most difficult moments of my life.”

Sometimes it is those who have the hardest lives that have the most to give.

I love this story about Robin Williams, it shows what a genuine and kind-hearted man he was, despite his celebrity status.