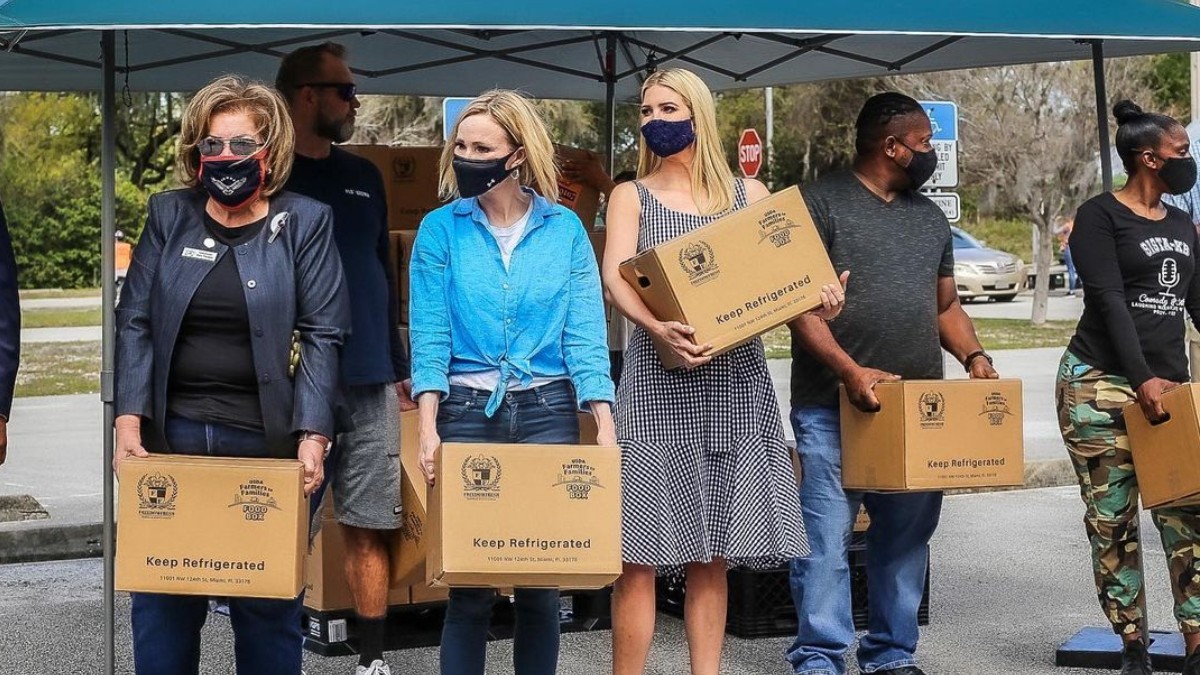 Trump helped deliver more than 1,300 boxes of food to families in Apopka, Florida through the former president’s Farmers to Families food box program.

According to Fox News, Trump worked with Pastor Paula White and other local faith leaders to distribute the food boxes.

The Farmers to Families program was implemented under the Trump administration in response to the pandemic. To date, more than 144 million food boxes have been delivered to families in need.

On Tuesday, the former first daughter helped distribute boxes at an event as well as deliver food to a shelter for human trafficking survivors.

The Lifeboat Project thanked Trump and the other leaders who visited and took the time to listen to the needs of those utilizing the shelter.

“Human Trafficking is a crime against humanity and that alone stands above politics. Today was a beautiful day to put politics aside at The Lifeboat Project and let faith and truth be our topic of connection. We had the opportunity to fill the room with global leaders and have a conversation about our growing world model,” the organization wrote on Facebook.

Are you glad to see Ivanka Trump out in public or have you seen enough of her?