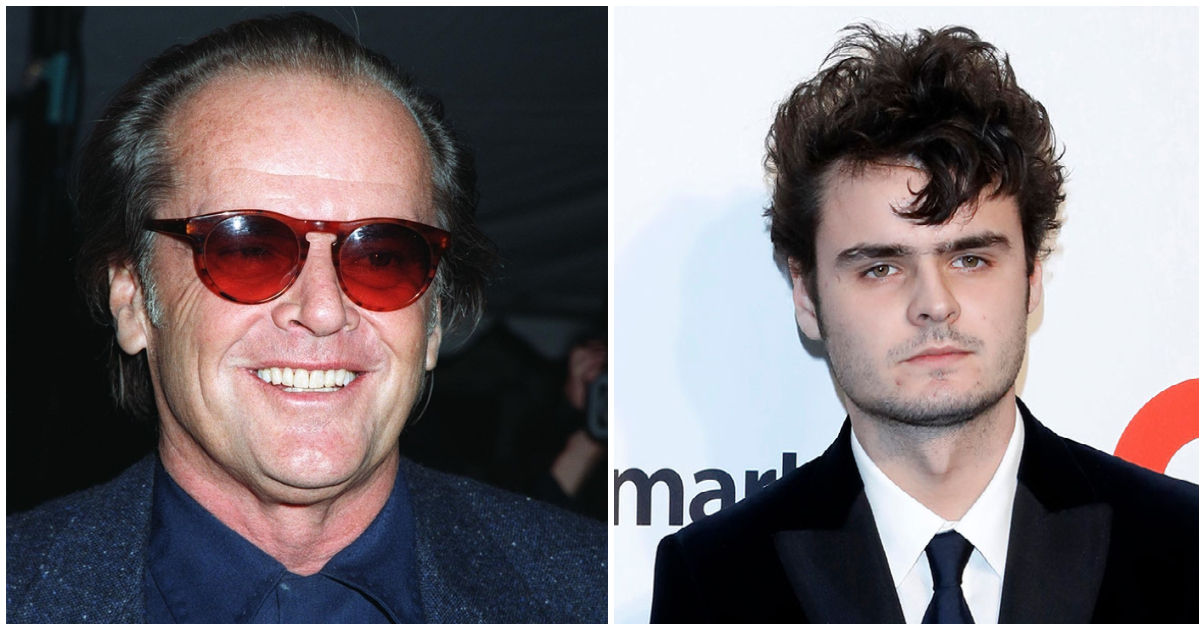 There are few actors alive as legendary as Jack Nicholson. The three-time Oscar-winner has starred in countless classics since the 1960s, like One Flew Over the Cuckoo’s Nest, The Shining and A Few Good Men.

He’s one of the most recognizable celebrities in pop culture. So if you’re his relative, it might be hard to live up to his image — they’re big shoes to fill.

But Jack’s 20-year-old grandson, Duke, is following in his legendary grandfather’s footsteps by pursuing an acting career, and he’s already becoming one of the most buzzed-about young stars in Hollywood.

Duke is the son of Jack’s daughter Jennifer Nicholson and surfer Mark Norfleet. And as he’s begun to appear on the red carpet, many have commented that he takes after his famous grandfather:

According to the Hollywood Reporter, Duke has always been a film buff, but never talked much about acting with Jack — instead the two have mostly bonded over sports.

But he did eventually decide to follow in his footsteps.

“It wasn’t a big moment, like, ‘I want to be an actor,'” Duke told the Hollywood Reporter, his first interview. “It was just a gradual thing.”

Duke made his film debut last year in the hit horror film Us, directed by Jordan Peele. When Peele cast the young actor as a carny, he didn’t know he was Jack’s grandson.

But coincidentally, Peele referenced one of Jack’s most famous movies to help him get into character: “Jordan was like, ‘Have you seen The Shining? You’re my Lloyd,'” Duke said, referring to the ghostly bartender from the 1980 classic.

In addition to Us, Duke is starting to break out in Hollywood, appearing in many different projects.

It was announced that he will appear in the upcoming film Dreamland, alongside Gary Oldman and Armie Hammer.

Duke can also be found on the cover of a Grammy-nominated album. He is friends with musician Lana Del Rey, and posed with her on the cover of her album Norman F***ing Rockwell.

Duke also made the gossip columns this month after he was rumored to be dating star model Bella Hadid.

While he’s not at the front row of the Oscars like Jack yet, it’s clear he’s building up some serious star momentum.

Meanwhile, the 82-year-old Jack Nicholson has largely retired from the limelight—while he’s not officially retired, his last film role was 2010’s How Do You Know, and he hasn’t been spotted at a Lakers game since early 2019.

It’s great to see that Duke is carrying on his grandfather’s legacy while making his own name for himself.

We’re looking forward to seeing more of this young star in the future!