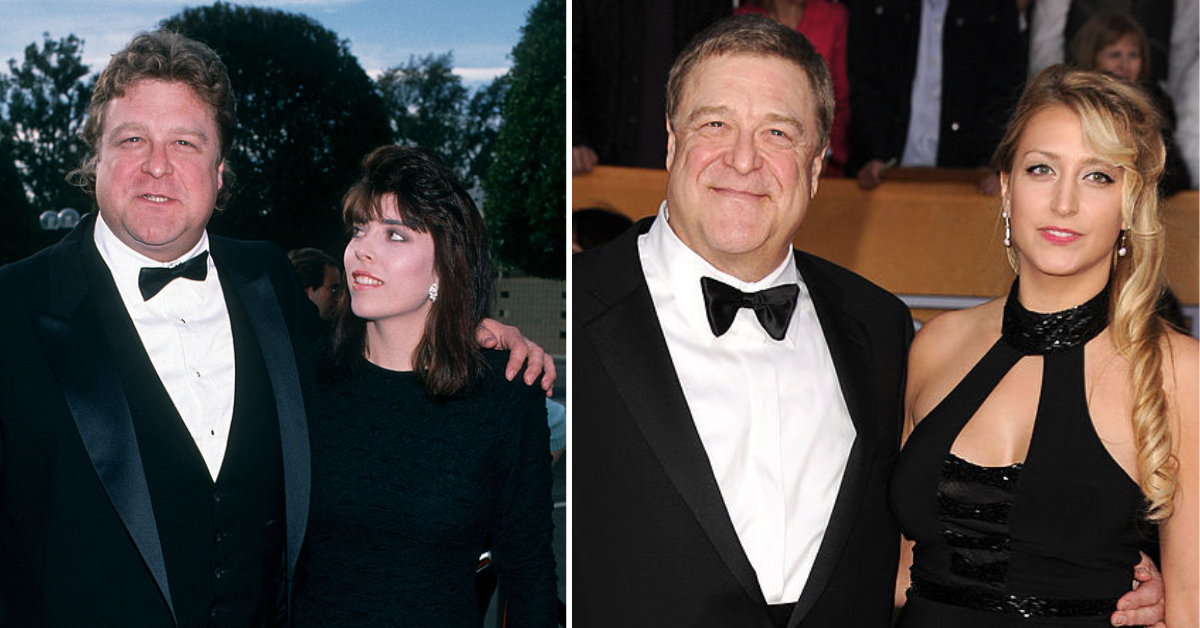 John Goodman is one of the most beloved and prolific actors in Hollywood.

From his breakout role on the hit sitcom Roseanne to countless great films, Goodman has had an incredible career that is still going strong.

And of course, behind every great man there is a great woman, and for Goodman that woman is his wife Anna Beth Hartzog, to whom he has been happily married for over three decades.

Anna has been a source of support for Goodman through good times and bad: she inspired him to quit drinking at a dark time in his life, which eventually led to his significant weight loss.

And today, the couple are celebrating their 33rd anniversary!

Goodman first met his future wife in New Orleans while filming the 1988 film Everybody’s All-American. The actor attended a Halloween party, where he quickly fell for Anna.

“I went to this Halloween party, and she walked up to me and said, ‘Hi.’ I couldn’t figure out why anyone that pretty was talking to me,” Goodman told Elle.

However, the two didn’t start dating right away: Goodman told Seth Meyers that his future wife “thought he was a zombie,” but he “stalked her long distance” after that and the two started dating.

The two married in 1989, and settled down in New Orleans. Their daughter, Molly Evangeline Goodman, was born in 1990.

At the same time, John Goodman was becoming a household name, thanks to his breakout role in the hit series Roseanne. He won a Golden Globe for his performance and was nominated for five Emmy Awards.

But behind the scenes, Goodman was struggling. The newfound fame started to take a toll, and the actor started drinking heavily, including on the hit show’s set.

“At first it was exciting,” he told Today. “Then it got frightening when I lost my anonymity.

“I got complacent and ungrateful. And after nine years—eight years, I wanted to leave the show,” he continued. “I handled it like I did everything else, by sittin’ on a bar stool. And that made it worse… My speech would be slurred.”

Things hit rock bottom after he missed a rehearsal after drinking with friends, and he realized he needed help.

“I was still drinking, but I was still shaking. I had the clarity of thought that I needed to be hospitalized,” he said, according to The Sun.

He recalls it was his wife who ultimately saved his life by getting him into rehab.

“I called my wife, which was like turning myself into the Gestapo. And she made some phone calls; we got me into a treatment center, and I detoxed there and decided I liked the feeling.”

After a 30-year battle with alcoholism, Goodman has reportedly been sober since 2007.

And his decision to quit drinking alcohol was the first step in another major life change: his dramatic weight loss.

“I was just eating all the time. I was just eating alcoholically,” he told Peter Travers in 2017. “In the old days, I would take three months out, lose 60 or 70 pounds, and then reward myself with a 6-pack of bud or whatever and just go back to my old habits.”

“Then this time I wanted to do it slowly, move, exercise. I’m getting to the age where I can’t afford to sit still anymore. And it gives me the energy to work, ‘cause work is very draining.”

Goodman lost an estimated 100 pounds. In addition to quitting drinking, he also credits portion control with his success, and working with personal trainer Mackie Shilstone.

Now, Goodman is healthy, sober, and his career continues to thrive. He has recently starred on the spin-off series The Conners as well as the HBO series The Righteous Gemstones. He’s continued to appear in many films, including blockbusters like Kong: Skull Island and 10 Cloverfield Lane.

And things are continuing to go well for John Goodman in his personal life. Today, he celebrates 33 years of marriage to Anna.

In addition, his daughter Molly is now 32 and reportedly works as a production assistant in Hollywood.

The actor said he moved to New Orleans to get his daughter away from the tabloid spotlight in Los Angeles, and credits his wife with his daughter’s positive upbringing: “She turned out great. But she had her mother and her grandmother to teach her manners,” Goodman said.

Congratulations to John Goodman and his wife Anna on 33 years of marriage. By helping the actor quit drinking and lose weight, Anna likely saved his life, and it’s clear the two are a perfect team.

Please share this story if you love John Goodman!