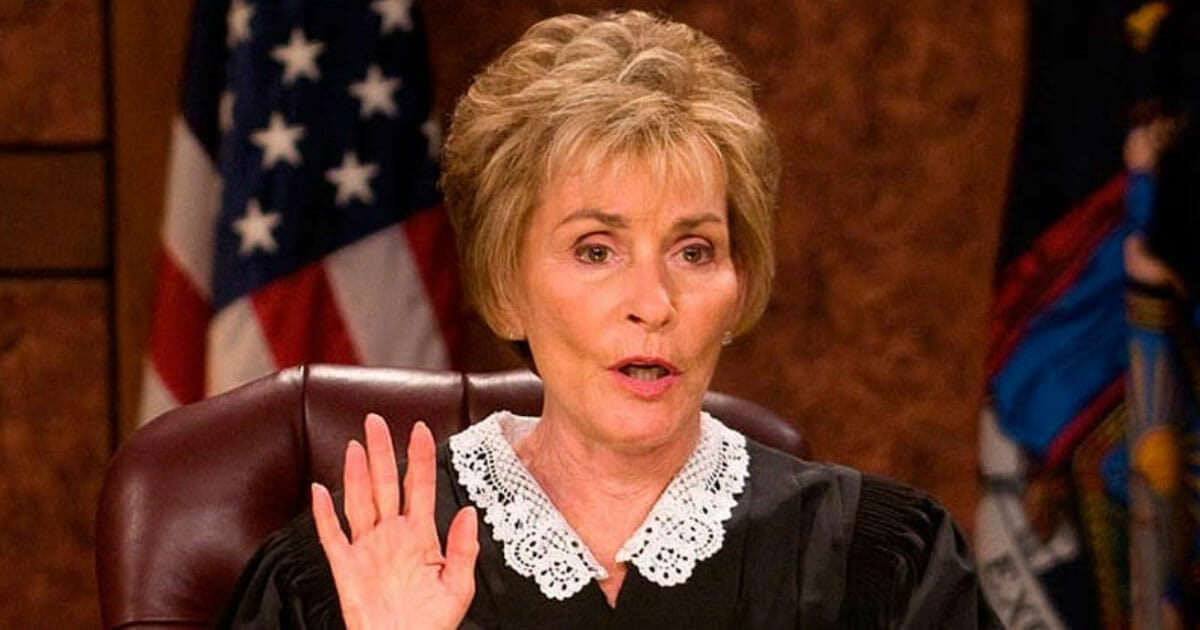 If you’ve watched daytime television at any point from 1996 to present day, chances are you’ve come across Judge Judy. While there have been numerous reality court shows over the years, one has stood the test of time and that’s all thanks to the no-nonsense, tell it like it is, Judge Judy Sheindlin.

For 23 years Judge Judy has delivered verdict after verdict, usually accompanied by a pithy remark, on televisions across the United States. Over the course of those two decades, little has changed about her show. But her audience doesn’t seem to mind.

That is until one small thing changed.

Earlier this year, fans were in for a surprise when they turned on the TV and saw Judge Judy with a new hairstyle. Instead of sporting her usual short, highlighted brunette do…

Her hair was tied back in a low ponytail.

Since the episodes do not air in the order they are taped, viewers haven’t seen Judge Judy consistently with her new hairstyle, which means every time an episode she filmed with the new hairstyle airs fans are just as shocked as when the first episode aired.

Recently, another episode aired that featured the 76-year-old former Manhattan family court judge with the pulled back hair.

Again, her fans spoke up about the change. Some were in favor of the change, while others preferred her old look.

Since when did Judge Judy start wearing her hair like Thomas Jefferson? pic.twitter.com/otdOveW4dr

Seeing Judge Judy with her hair pulled back is like seeing Santa without his beard. I wasn't emotionally prepared for this. #JudgeJudy

One person who also expressed their opinion on the matter was none other than Petri Hawkins Byrd, the bailiff on Judge Judy.

He admitted that he tried to stay away from the matter, but people kept asking his opinion. So, he finally shared his thoughts on Instagram.

“I prefer my boss with the old ‘do’ (left) More sophisticated and ‘Judy’cial,” he wrote. “Just my opinion, not law!”

Alright, alright! I tried to stay out of this, y'all won't let me! I prefer my boss with the old 'do' (left) More sophisticated and 'Judy'cial. Just my opinion, not law! #judgejudy #youbethejudge #cbs #hairstyles #wcw #opinions #vote

Judge Judy continued to receive mixed reactions about her ponytail, though many did seem to prefer her shorter hairstyle.

Are you as shocked as everyone else by Judge Judy’s decision to change her hairstyle? Pass this article on and ask your friends their opinion.