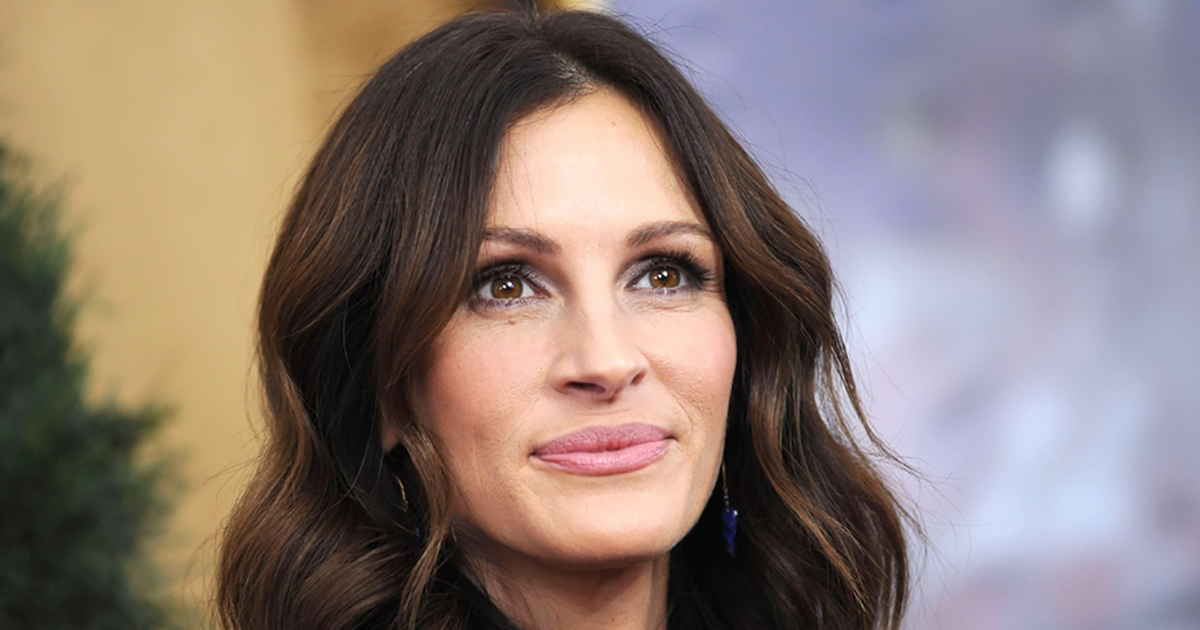 Want to know a celebrity who I think we rarely hear from?

The Oscar-winning actress has appeared in some of the most successful films of the past three decades, and yet we fans hardly know anything about her.

We do know one thing, mind, and that’s that when Julia Roberts became a wife and mother, her life changed for the better.

Today, her three kids have grown up. Julia’s daughter, in particular, has gained a lot of attention in recent years.

That’s maybe not so strange – considering that the young lady is starting to look just like her famous mother..

Nowadays, most celebrities have social media accounts and interact with their fans and share pictures of themselves and their family on a daily basis. But Julia Roberts, hailed as one of the biggest movie stars ever, hasn’t jumped on that train yet.

Facebook, then? Well, no, she’s not active on there, either.

“I also think I got lucky because … the strange culture of celebrity and the Internet age — I kind of am too old for that silly mess that goes on. I’m glad about that. It’s helped that I’m definitely of a particular age,” she said.

The only social media platform where Roberts shares updates is her Instagram page, but even then, she rarely posts photos of her family.

No, Roberts hasn’t shared many pictures of her children at all over the years, preferring to keep them away from the public.

“We try to protect our kids. We just want to have our family life and not have that intruded upon,” the actress told USA Today in 2013.

Over the years, Julia dated several well-known actors, including Benjamin Bratt and Kiefer Sutherland. Once dubbed America’s sweetheart, she had many men waiting in line for her.

In the prime of her career, Julia started dating singer-songwriter Lyle Lovett. The singer could not believe his luck, and spontaneously agreed to get married to the actress. However, with all the pressure they were under, the marriage did not last long.

Five years later, the Pretty Woman actress found the love of her life behind the camera. In 2000, she met cameraman Daniel Moder met on the set of The Mexican. They later married in 2002.

The couple welcomed twins Hazel and Phinnaeus in 2004.

Three years later, they had another son, Henry.

According to Roberts, her life changed completely when she became a wife and mother. When she was younger, Julia was ”a selfish little brat running around making films.”

Her husband changed that.

“It was meeting Danny…finding my person. When I think about what makes my life my life, and makes sense and just shine inside of me, it’s him. Everything has come from that for me,” Julia told Harper’s Bazaar.

Over the years, Julia and Danny have worked on several films together. This has strengthened their relationship, and the couple has been happily married for 20 years. Last year, Julia celebrated their 19th anniversary by posing a rare Instagram photo of she and her husband.

“19 years. Just getting started!” she wrote.

Today, Julia is a very proud mom to her twins, daughter Hazel and son Phinnaeus, and her youngest child, Henry.

The Notting Hill star is still one of the world’s well-known faces, but Julia describes herself as a regular soccermom and housewife. During her interview with Harper’s Bazaar, she said:

“If I wasn’t here today, I’d be in the carpool lane ferrying my kids to school.”

As mentioned, Julia gave birth to her twins in November of 2004. Son Henry, meanwhile, was born in June, 2007. Even though she considers the children her most significant accomplishments in life, parenting hasn’t always been easy for Julia and her husband.

“I tried to carry somebody up to bed the other night, and it was just … alright, you’re gonna have to get on your feet and sleepwalk because I just can’t get up the stairs,” she joked in an interview with Instyle.

As mentioned, Julia has tried to keep her children out of the spotlight. But the award-winning actress has occasionally talked openly about her role as a mother. She has also revealed that her children are very similar to her and their father, Danny.

“And the thing is, we have these three human beings who are just a complete reflection of the affection we have for each other,” she said.

To get more private time with her kids, and perhaps to avoid the paparazzi of Hollywood, Roberts relocated from busy Los Angeles and settled down in San Francisco, in a more diverse neighborhood.

She did it to get away from the spotlight and to raise her children in a quieter environment. Talking with Closer Weekly, a friend of Julia said that she “wanted her children to have the experience of a city with a different energy and vibe”.

“Her kids are not movie star kids in San Francisco, where no one cares who your mom is,” the insider added.

As her children grow older, keeping them away from the limelight has become more challenging. Or maybe it’s just that Julia has a different view on things.

For their birthday on November 17, 2021, Hazel and Phinnaeus received loving tributes from their mother, who posted a beautiful throwback photo. Danny also shared a sweet shout-out to the kids.

Hazel is Julia’s only daughter, and for a long period, not much was known about her. But recently, more photos of Hazel have become public, and many are surprised by how similar mother and daughter look.

Not only that, but it also seems as though Hazel inherited her mother’s heart of gold. Julia once revealed that Hazel, then 12, decided to cut her hair in order to donate it to Wigs for Kids.

“That’s a big deal for a girl who’s about to be 13 and has this cascading blonde hair that gets commented on a lot,” Julia said to InStyle in 2017.

“But she’s so good and brave. She sees it as something else.”

In 2021, Hazel raised a lot of eyebrows when the stunning blonde made her red carpet debut at the Cannes Film Festival. Hazel attended the festival side by side with her dad, who was there for his film Flag Day.

According to Etonline, the 16-year-old Hazel wore Mary Janes and “went ’90s chic in a butterscotch yellow button-up lace shirtdress”.

What do you think? Do Hazel and Julia look the same?

Let us know in the comments box on Facebook, and share this article if you’ve ever liked any of the movies Julia Roberts has appeared in.