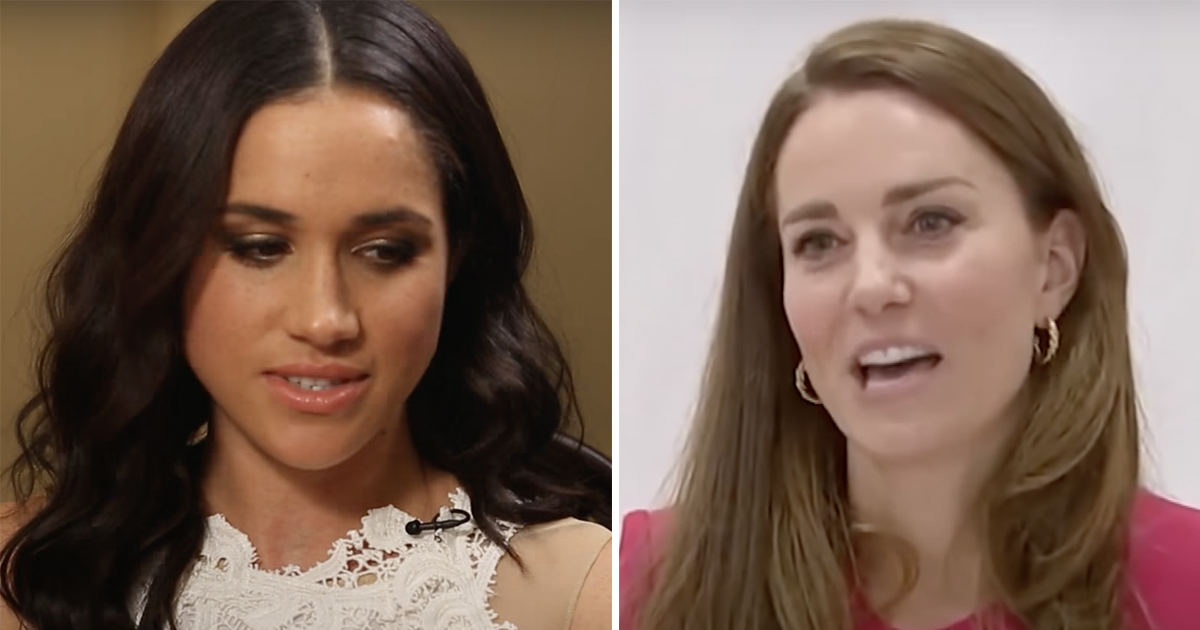 Prince Harry and Meghan Markle must be enjoying life right now. Weeks ago, they welcomed daughter Lilibet Diana, and their civilian careers have picked up speed of late as well.

Of course, those joys are in stark contrast to their relationship with the Royal Family, which isn’t yet close to being repaired. No, there reportedly remain a number of disgruntled family members on the other side of the pond, including Prince William and Kate Middleton.

Kate and Meghan were once great friends, but the Oprah Winfrey interview changed a lot. These days, the odds of them getting back on the same side look unlikely, but there come hope from the most unlikely of places.

If certain sources are to be believed, the road to redemption begins with Kate’s latest comments regarding Harry and Meghan’s newborn daughter.

Prince Harry and Prince William have been through a lot together over the years. From growing up royals and suffering the loss of their mother at a young age, to forming their own families and raising their own children.

When Harry and Meghan welcomed their firstborn son, Archie, Kate was said to have been a great source of support for Meghan. The pair were seen hanging out alone together, and it seemed like they had an amazing relationship.

But things took a swift turn when Meghan spoke about Kate Middleton in the Oprah Winfrey interview.

Kate was said to have been “furious” with Meghan regarding the claims about the tears during the dress rehearsals for Meghan’s wedding.

“First and foremost, William cannot countenance the way Meghan has treated his wife. He feels Kate tried at the beginning, but it was never enough,” a senior royal source told the MailOnline in April.

The source added: “To name Kate so publicly during the Oprah interview as the person who made her cry was beyond the pale. Meghan would have been acutely aware that Kate is powerless to fight back.”

Even though Kate and Meghan were said to have had a good relationship at first, things don’t look so rosy now. But the question remains; was it they who started all this, or was there someone else who built a wall between the two?

Well, according to royal author Tom Quinn, Meghan Markle was once told that she’d never be ”in first division’ by a senior royal aides.

Following the royal marriage between Prince Harry and Meghan Markle in 2018, the couple got their own private residence.

They lived at Kensington Palace for a short while, however that residence was actually Kate Middleton and Prince William’s home.

“It’s in the grounds of Kensington Palace, and it’s quite small,” Quinn said according to the Express. “It’s tiny compared to the enormous double apartment that Kate and William have.”

Instead, Harry and Meghan moved into Nottingham Cottage, not far from Kate and William. But it was at this point their relationship worsened, for several reasons, according to Quinn.

Meghan had a hard time reconciling that Kensington Palace was reserved solely for William and Kate. At the same time, a royal senior aide told her that she’d never be ”in first division’.

Meghan & Harry – move to the US

After a short stay, Harry and Meghan and moved into Frogmore Cottage in Windsor.

The area is an escape for many Hollywood stars tired of the hectic lifestyle in Los Angeles. Meghan and Harry bought their $14 million dollar house last year, and neighbors include Oprah Winfrey, Gwyneth Paltrow and Ellen DeGeneres.

As for the current standing between Harry and Meghan and the rest of the Royal Family, things are poised on a knife’s edge.

According to Nick Bullen, editor-in-chief of True Royalty TV, William and Harry didn’t talk at all following the funeral of their grandfather, Prince Philip. It’s since been speculated that Kate Middleton might be the only one who can help the brothers repair their bond.

In May, Bullen claimed she was “instrumental” to any attempts made by the brothers to forge peace during the April 17 ceremony for their late grandfather.

“It’s pretty clear that the Duchess of Cambridge was doing her best to build the bridges,” he said. “Softly, softly seems to be the order of the day.”

Indeed, Kate Middleton was seen speaking to Harry after the funeral service for Prince Philip in April. Many thought of this small but important moment as a breaking point in the chilly relationship that had been.

Fast forward to Sunday, June 6, and Harry and Meghan announced the wonderful news that their daughter had arrived.

A spokesperson for the couple said: “It is with great joy that Prince Harry and Meghan, The Duke and Duchess of Sussex, welcome their daughter, Lilibet “Lili” Diana Mountbatten-Windsor, to the world.

“Lili was born on Friday, June 4 at 11:40 a.m. in the trusted care of the doctors and staff at Santa Barbara Cottage Hospital in Santa Barbara, California. She weighed 7 lbs 11 oz. Both mother and child are healthy and well, and settling in at home.

The spokesperson added: “This is the second child for the couple, who also have a two-year-old son named Archie Harrison Mountbatten-Windsor. The Duke and Duchess thank you for your warm wishes and prayers as they  enjoy this special time as a family.”

People from all over the world sent their congratulations to Harry and Meghan following Lilibet’s birth. This including the Royal Family and all of its members.

Through their official Instagram account, Kate Middleton and William sent their wishes, saying: “We are all delighted by the happy news of the arrival of baby Lili. Congratulations to Harry, Meghan and Archie.”

The Queen is said to have spoken to Harry and Meghan, and met the latest addition to her growing troop of great-grandchildren via video link.

Last week, before the G7 Meeting, U.S. President Joe Biden and First Lady Jill Biden met the Queen, as well as other members of the Royal Family.

Kate met with Jill Biden, and the two looked like they had a wonderful time together as they visited a UK primary school. The press got to speak to the two, and Kate made sure to send her best wishes to Meghan.

Harry and Meghan have come under some criticism for naming their child Lilibet Diana.

The name “Lilibet” is actually a reference to Queen Elizabeth, whom was called “Lilibet” as a toddler. In fact, it was first used by then Princess Elizabeth, because she couldn’t pronounce her name correctly.

The Queen’s grandfather, King George V, used to call her “Lilibet”. Since then, the name has stuck, as reported by The Guardian. She was called Lilibet by the innermost circle of family. And her late husband Prince Philip also referred to her by the same name.

A couple of royal experts have actually criticized Harry and Meghan’s choice of name, while bitter television host Piers Morgan made fun of the couple, labeling their choice of name “ironic”.

Morgan continued by speculating wether Meghan and Harry were trying to patch up the relationship with the Royal Family by naming their daughter after the Queen.

“Maybe it’s their way of reaching out, as the Americans say, to the royals and wanting some kind of end to this on-running feud,” he said.

Harry, meanwhile, threatened to take legal action against the BBC following the birth of their beloved daughter.

Senior Buckingham Palace sources told the BBC’s royal correspondent that Meghan and Harry ‘never asked’ the Queen for permission to name their daughter Lilibet. However, this wasn’t true at all, according to a later statement made.

‘The Duke spoke with his family in advance of the announcement, in fact his grandmother was the first family member he called,” a statement through Meghan’s close friend Omid Scobie read, as reported by the Daily Mail.

“During that conversation, he shared their hope of naming their daughter Lilibet in her honour. Had she not been supportive, they would not have used the name.”

It really seemed like Kate Middleton and Meghan were great friends following the feud. We hope that they’ll soon be back together as friends, and that their children can play with each other throughout their entire childhood.