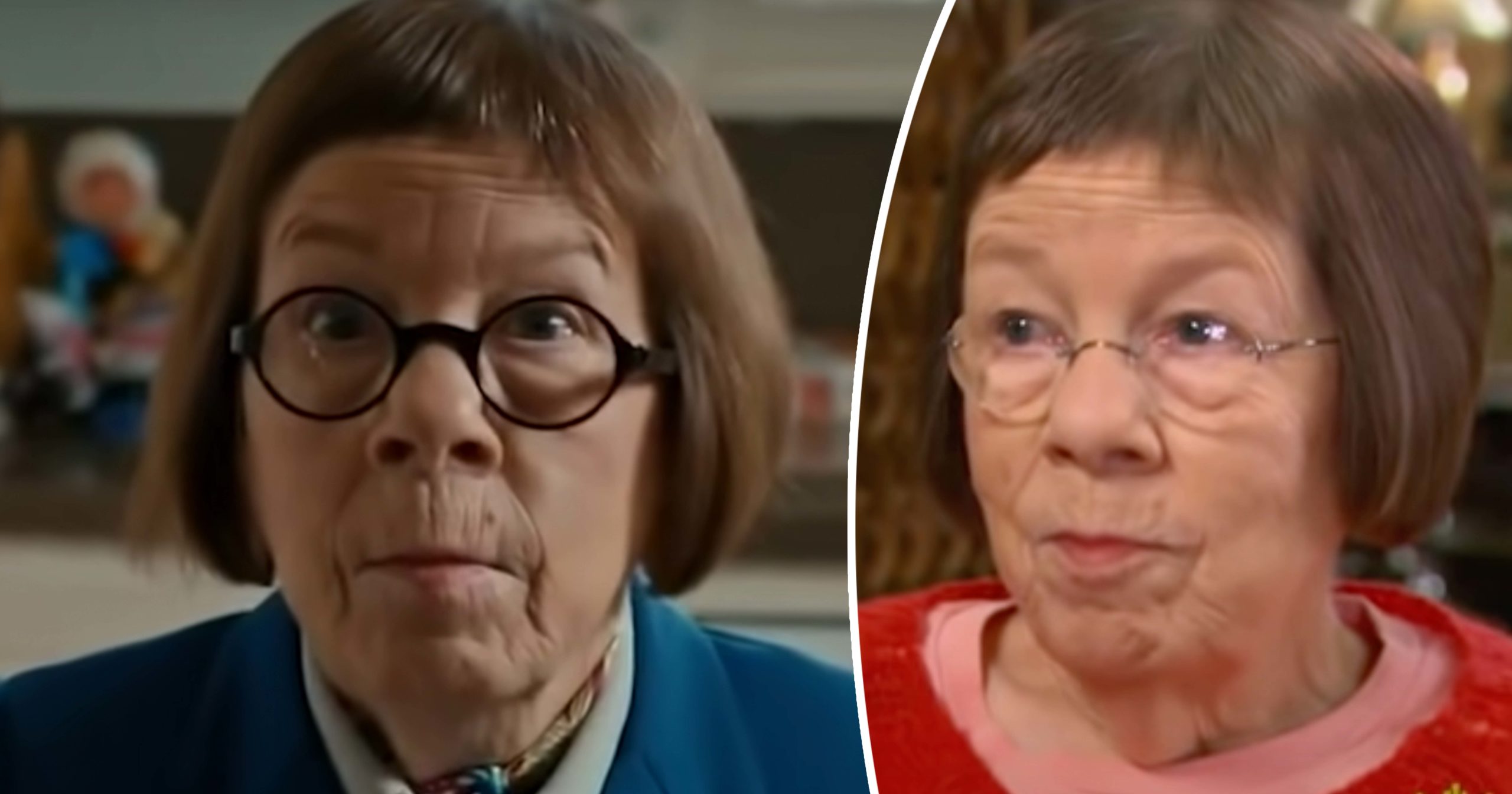 Linda Hunt has become one of the most popular actors on television thanks to her appearances on NCIS Los Angeles. Starring as “Hetty Lange,” the 77-year-old veteran has featured in 280 episodes of the show, all told. However, with the start of season 13, fans noticed a worrying trend: she was hardly to be seen at all.

With the COVID pandemic raging worldwide, Hunt only made a handful of appearances, including one in the season finale. This naturally led to a big question mark hanging over the prospect of her returning to the show or not.

So how did Linda Hunt get to star on the show anyway? And what can fans expect moving forward? Here’s all you need to know about the Academy Award-winning actress.

Linda Hunt was born on April 2, 1945 in Morristown, New Jersey. She was raised in Connecticut by her parents, Elsie and Raymond Hunt. At an early age, though, when Linda was only half-a-year-old, her parents noticed something that gave them cause for worry.

Linda’s motor skills weren’t developing at the usual rate, so her mother and father took her to a hospital in New York to seek help.

What doctors found wasn’t exactly the news Linda’s parents wanted. As The Bulletin reported in 1991, examinations showed she was suffering from a form of cretinism – a condition of severely stunted physical and mental growth – which would likely eventually lead to Linda being institutionalized.

Elsie and Raymond, however, were not going to let hope fade. Instead, they were determined to support their beloved Linda and used books and theater to encourage her and help with her development.

By the time Linda started school, her motor skills were pretty much on par with the average child. Sadly, she struggled even so due to her learning difficulties and short stature.

“I was totally alienated by school almost from the first day, I had a bad experience with a teacher and was made to feel stupid. I felt bad that I didn’t fit in,” Hunt said.

“Everybody either wanted to take care of me or push me around, you know? I was teased a lot, sure I was, of course,” she told CBS.

“Fourth grade, fifth grade, sixth grade, everybody was taking their spurts except me.”

“I was a very determined kid”

The harsh treatment was tough on Hunt, as it would’ve been for anyone. However, she decided to use it as a motivational technique since she understood that she was unique.

“I was a very determined kid. This happens to kids who are different in any way,” Linda told the Daily Beast.

Though Linda had a rough time at school, her parents were determined to see their beloved daughter succeed. Then, at the age of eight, she saw something that changed everything.

Speaking to The Bulletin, Linda explained that she had always loved acting and theater. Her most significant source of inspiration came when she was eight years of age after her parents brought her to see the Broadway musical, Peter Pan.

“I’m lucky that I’ve always known what I wanted to do,” she told the newspaper. “[Mary Martin, who played Peter] was astonishing in her belief in the world she was creating, and that was fascinating to me. She had the power to make others believe what was in her mind.”

At that point, Linda decided that she would devote her life to acting and theater. She explained that she wanted to become a “high priestess of theater.” She got a private acting coach in high school and was sent to an excellent boarding school.

Linda’s parents resolved to do whatever they could to see their daughter achieve her dreams.

“I was so lucky my parents were encouraging on every level,” she said.

Yet, at the same time as Linda’s parents wanted her to pursue a professional acting career, they were also worried that she didn’t have a backup plan. As a result, her father, Raymond, encouraged her to study directing as well – he even tried to push her towards a teaching degree if things didn’t work out.

Luckily, things did. When Linda Hunt finished high school, she was diagnosed with hypopituitary dwarfism. The condition halts the regular amount of growth hormones released into the body. Consequently, Linda is much shorter than the average woman (she stands at 4 feet 9 inches tall).

Of course, Linda wasn’t about to let any diagnosis stop her.

After studying at the Interlochen Arts Academy in Michigan and the Theatre School of DePaul University in Chicago, it was time for Hunt to reach for the stars. So she moved to New York City, where her passion for working in the theater only grew.

When she arrived in the “Big Apple,” she didn’t know what to do or where to begin.

“I moved into a shoebox-sized apartment in the city when I was in my early 20s with my father’s help,” Hunt recalled.

“I was very young and very lost, I didn’t even attempt to act professionally. That would of meant getting an agent and going to auditions. I wasn’t capable of doing any of that. It was truly emotionally beyond me.”

In 1975, Linda made her Broadway debut, starring in Ah, Wilderness. That, in turn, led her to her landing her first on-screen gig. In 1978, she appeared in the film Fame, and just four years later, Hunt made history.

Linda got the role of Billy Kwan in the film The Year of Living Dangerously, starring alongside Mel Gibson. The film became a huge success, and Hunt received an Academy Award for Best Supporting Actress. She was the first person ever to win an Academy Award for playing a cis-gender character of the opposite sex.

Since then, Linda’s career has gone amazingly well. For the last ten years, she’s been a true star on NCIS Los Angeles, having amassed a staggering 280 episodes as Operations Manager Henrietta “Hetty” Lange.

Now, things have been pretty quiet regarding Linda after she missed season 12 of the show due to COVID-19 concerns. She only made a handful of appearances last season, including one in the finale, and fans of the series have speculated whether or not she will come back. Fortunately, news about her future seems promising indeed.

“Linda had both her vaccines, she was feeling great, and she came back. And she was so happy to be back. She had been gone for so long and hadn’t really interacted with anyone, so she was just so thrilled to be back on set,” NCIS showrunner R. Scott Gemmill told TV Insider last year.

“The minute I saw her, she’s like, ‘Let’s talk about next season,’ so I think that as tough as last year was, for a lot of reasons, she, like the rest of us, is starting to see a little light at the end of the tunnel and feels good about coming back to work,” he added.

Linda’s being away from the NCIS enterprise resulted in Gerald McRaney – starring as Admiral Kilbride – being named her permanent replacement. Though, as stated above, show runner Gemmill had previously calmed fans’ fears that Hunt’s absence had only been due to the Coronavirus pandemic, having her character replaced undoubtedly made it looked like her time on NCIS had reached its conclusion.

However, just weeks ago, Gemmill gave fans a new update on the Linda Hunt rumors, hinting that she might come back. The catch? She won’t resurface as Hetty until next season.

“Her story continues,” the NCIS: Los Angeles show runner told Parade. “She was in at the beginning of this season and then we had her disappear. The plan is to follow that up next year with some reveal.”

It’s not the first time Linda has been absent from NCIS Los Angeles. In July 2018, she was in a car crash which luckily only left her with minor injuries. Still, it resulted in her missing almost the entirety of the 10th season and the majority of the 11th season.

“I first want to say how much I appreciate the outpouring of support from the NCIS: Los Angeles fans following my car accident this summer,” Hunt said in a statement at the time.

“Though I had hoped to return to playing Hetty at the start of the season, I had to take some additional time to recover. I look forward to returning later this season.”

It’s safe to say that fans aren’t the only ones who will miss having Linda Hunt on the show. Speaking with Studio10 last year, NCIS Los Angeles star Chris O’Donnell spoke about what working life with Linda truly is like – and he had only beautiful words to share.

“Some of the scenes with Linda Hunt… she’s such an amazing actress you don’t know what to expect,” he said.

“I read the script and I read the scene out loud, but she has such a way with the English language and the way words roll off her tongue that it’s never what I expect.”

“To be there face to face with her is an exhilarating experience,” O’Donnell added.

It’s unclear whether Linda will work on other projects when she’s not filming NCIS Los Angeles. Previously she’s enjoyed engaging in other acting work, including doing voice acting for films and video games.

In any case, she certainly doesn’t have to worry about going bankrupt if she takes some months off; her net worth is said to stand at around $12 million. According to Celebrity Net Worth, Hunt earns $80,000 per NCIS Los Angeles episode.

In the meantime, not working long hours on the hit television show also means spending more time with her beloved wife, Karen Kline. They’ve been married since 2008, but the couple met a long while before that, back in the late 1970s.

Even though Linda is a very private person, it’s known that the couple don’t have any children. Instead, they have three adopted dogs and live in a beautiful Hollywood home built back in 1919. In a feature piece for the Los Angeles Times, the couple let the public inside their house.

“This house has whimsy and a special kind of elegance,” the Oscar-winning actress told the Los Angeles Times. “It’s welcoming.”

Linda Hunt has been nothing but excellent as Hetty on NCIS Los Angeles. We hope that she enjoys her time away from the show and that she will soon be back.

Do you think Linda Hunt will return to NCIS or not? Please give us your opinion in the comment section. Meanwhile, share this article on Facebook with friends and family if you also enjoy watching NCIS Los Angeles!