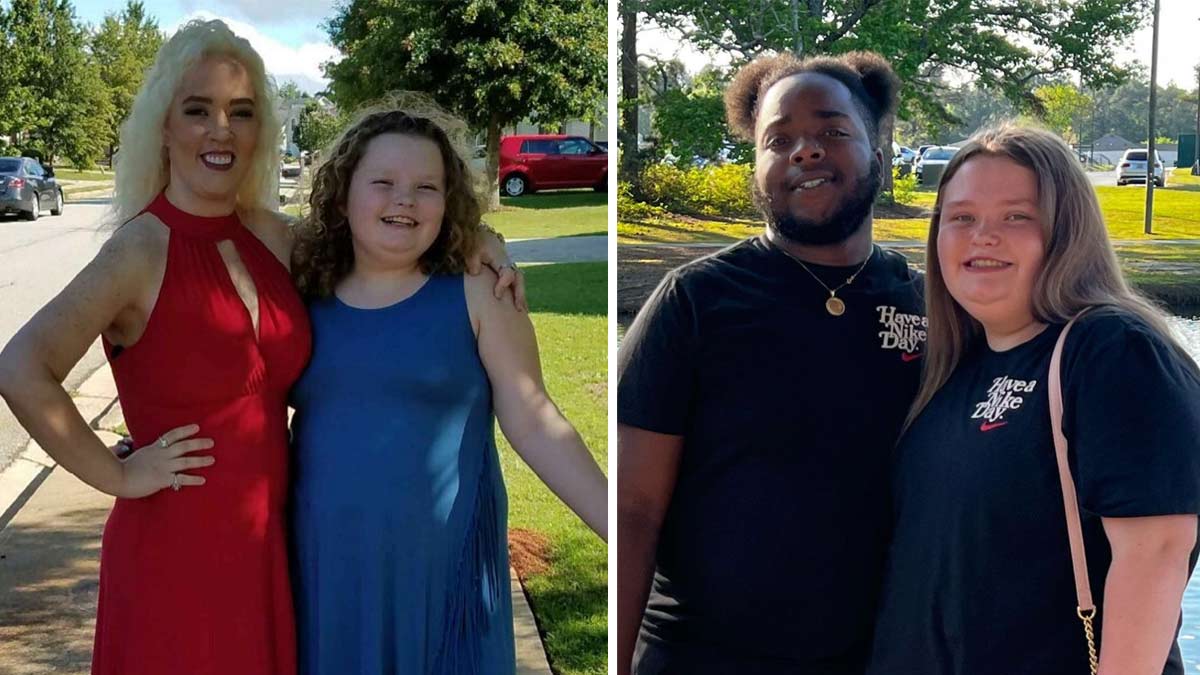 When we first met Alana “Honey Boo Boo” Thompson, she was a spunky 6-year-old. Now, Alana is 16 years old and getting ready to graduate high school, which means she has a mind of her own and while some may not trust her judgement, at least one person does: her mother.

Mama June Shannon recently defended her 16-year-old daughter after Honey Boo Boo has received some criticism for dating a 20-year-old.

“People need to realize that she’s going to be 17 in August,” Mama June told Too Fab.

Alana started dating Dralin Carswell in the beginning of 2021 when she was 15 years old. Despite their age difference, her family approved of their relationship.

“She does have a little boyfriend who, like, comes over and stuff, like, he comes over for dinners and stuff, he’s very respectful,” her sister Lauryn ‘Pumpkin’ Efird said. “Everyone approves of him.”

However, the couple’s relationship has drawn some questions and criticism from fans.

The reality star was forced to take down a photo of her and her boyfriend after receiving countless rude comments.

“I feel like so many people still look at me as that little girl that very first came on TV. Even when the posts about me and my boyfriend coming out, I feel like there was so many people that were still treating me like I was 6 years old,” Alana told People.

Although Alana said she doesn’t let any online negativity bother her.

But months after Alana shared her first photo together with Dralin, she’s still getting hate.

“She is getting a lot of hate because she’s in an interracial relationship, he is older, but at the end of the day, Alana’s not that 6-7 year old child y’all fell in love with 11 years ago,” Mama June said, defending her daughter’s choices.

Mama June does have one small criticism about her daughter’s boyfriend. She wishes he could hold a job.

“He’s good. He needs to hold down a job a little bit more,” she said. “I mean, he’s not bad. He doesn’t treat her bad or anything like that.”

What do you think about Alana and Dralin’s relationship? Is the four-year gap too much or is it none of your business?