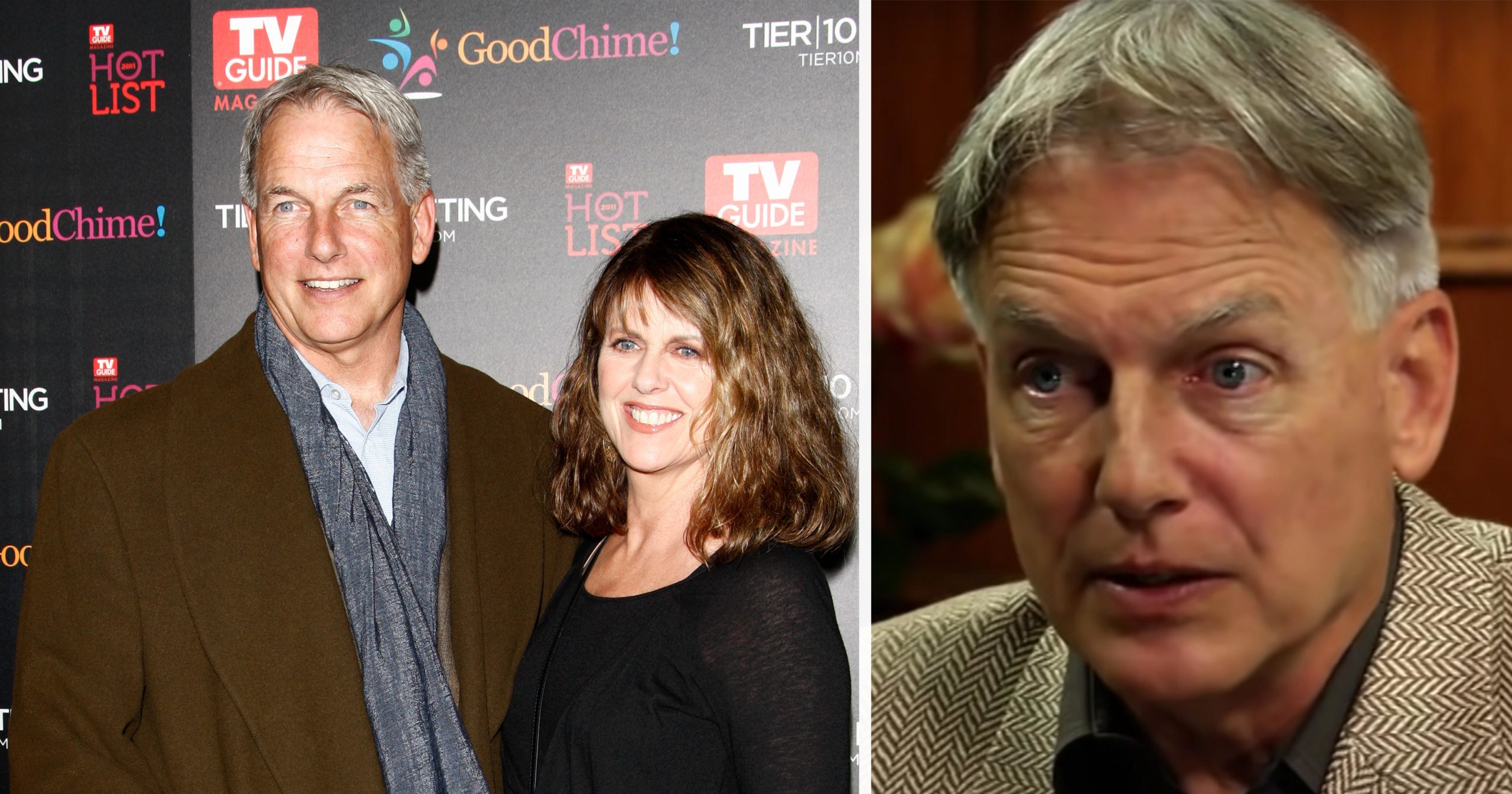 Mark Harmon and his wife Pam Dawber have been happily married for decades. As they became one of Hollywood’s hottest couples when first starting dating, the two managed to keep their relationship private without the intrusion of the Hollywood press.

While Harmon has been the star of the hit show NCIS for almost 20 years, the fact is that Pam Dawber has also been a very successful actress.

In the end, however, the two have always prioritized their private life and keeping their children out of headlines. Let’s take a deeper look into Harmon and Dawber’s marriage – a marriage that sure is a wonderful love story!

Mark Harmon has been in the entertainment industry his entire adult life. Although he’s had a long and storied career, the last 20 years have been almost entirely focused on his role as Leroy Jethro Gibbs on the hit television show NCIS, for which he’s been nominated for Emmys and other awards.

But Mark Harmon isn’t the only one in his family that has reached great heights of success. His wife, Pam Dawber, began working as a model before entering the entertainment business doing commercials and later television shows.

As the star of Mork & Mindy, Dawber earned celebrity status, but even though she and Harmon turned into big Hollywood stars, they never wanted any of the fame.

Although they decided to keep things private, their love story is wonderful and needs to be shared.

When Pam Dawber and Mark Harmon met for the first time, they were both well-known actors.

They met each other at a party thrown by a mutual friend, and the two started dating.

In 1987, the couple tied the knot at a chapel at the Harvard-Westlake School in Studio City, California, in an intimate wedding ceremony. Only a few friends and family members attended.

Harmons’s wedding ring was the shape of an eagle head.

“We think it was my grandfather’s because it was in a box of things that my dad left, Harmon said.

“I wear it or a few others I have because when I’m not shooting, I like to make sure I have something on my ring finger, because I’m proud to be married, and I’m proud of who I’m married to. I’m just so proud of her.”

How did Pam Dawber and Mark Harmon achieve their respective height of fame?

Harmon starred in multiple television series such as 240 Robert, Flamingo Road, and had a couple of appearances on The Love Boat. He got his big breakthrough role when he became a series regular on the drama St. Elsewhere in 1983, and moved on to star in several films in the latter part of the 1980s.

Pam Dawber started working as a model while studying at Oakland Community College, and later on, she moved on to starring in television commercials as well as in magazine advertisements.

After some smaller parts, Dawber got her big breakthrough in 1978, when she starred in the television Mork & Mindy. Alongside the late Robin Williams, she became a star, winning the People’s Choice Award for Favorite Female Performer in a New TV Program in 1979.

Before taking the job, Dawber had a meeting with Robin Williams – and she instantly got hooked.

Dawber became well-known for her work on screen, but as she and Mark Harmon started dating, her interest in the business started to fade.

In 1988, the couple welcomed firstborn son Sean Harmon, and in 1992, Ty Christian Harmon arrived. After their children were born, Pam wanted to focus on family life instead and gave up fame.

Her last longtime acting job was in 1998, when she voiced the character Perdy on the animated television show 101 Dalmatians: The Series.

“I was in a number one show, I had my own deal, I got to do Broadway, I got to do musical theater. I got to do cartoon voices,” Dawber told Entertainment Online. “Did everything you can do in this business, and then I had children and it’s like, ‘I’m not going to chase this fame thing.’

“I was missing a lot of family time”

“I wanted to drive my kids to school, I wanted to be there for their birthdays and bring cupcakes and donuts and do the school festivals and all that, and I did,” she added. “It was a different life then and I was very happy to do it.”

As producers recognized Mark Harmon’s great qualities as an actor, he got more jobs. But at one point after about 15-20 years in the business, it all became a bit too much. That’s when Harmon made a decision that changed the course of his life.

“I was directing a lot, I was doing a movie here or there and we had this young family that was growing up, and I was missing a lot of [family time], he said, adding that it “was not OK.”

Mark was famous, but in the end, he was missing things that he couldn’t experience later in life.

“I was in the jungles of New Guinea making a not-very-good movie when my firstborn child took his first steps. No job is worth missing life’s important moments,” he said.

As their relationship continued to grow stronger, they made the decision to keep things as private as possible as a protective strategy. Both for themselves as well as for their children.

Dawber is a great friend of Julianne Phillips and Bruce Springsteen, and as Julianne explained what they went through with their wedding, they decided on a smaller venue.

“Julianne was in tears almost the entire time,” Dawber told People. “There were helicopters hovering over her parents’ house. People were camped out on their front lawn. Granted, we’re not talking Springsteen here, but if we choose a big church, everyone will find out about it.”

“All of a sudden we’ll have Entertainment Tonight out there with microphones.”

“We’re not trying to keep something secret, but if you don’t want it totally exploited by the press, you have to,” Dawber told People.

“It’s not even a choice. It’s who we are,” Mark said years later. “We stay home. A lot. I’m not a Twitter guy or a Facebook guy. Our sons aren’t into that either. Pam and I have both made a living in this business, and still, there’s a part of that, that’s just not natural.”

There was a time that Mark Harmon also decided to take a step back to spend more time with his family.

During that time, he received the script for a show called NCIS, a show about the Naval Criminal Investigative Service. Harmon was impressed with the often humorous script, as well as the character Leroy Jethro Gibbs.

“For a moment, when I started getting interested in doing it, the name changed to Bob Nelson or something, and I just said, ‘Eh…please, can you put the name back,’” he recalled.

According to The Hollywood Reporter, it’s licensed in more than 200 countries today, with numerous CBS spin-offs such as NCIS: New Orleans, NCIS: Los Angeles, and NCIS: Hawaii.

The show has been nominated for three Primetime Emmys and won several other awards over the course of its lifetime. Harmon himself was also nominated for several awards for his performances, winning the People’s Choice Award in 2017 for Favorite TV Crime Drama Actor, among others.

Even though NCIS turned into one of the most-watched shows on television, Mark Harmon had a hard time understanding it was possible.

“I don’t. You can’t. The international reach is staggering,” he told TV Insider in 2017.

“My husband is so supportive”

As their children grew older, Dawber slowly went back to working as an actress. She made some rare appearances, however, her not working full-time as an actress is actually a reason why she believes that their marriage has been so great.

“I don’t think two people can work all the time in show business and stay married,” Dawber told Entertainment Online.

While NCIS was Harmon’s life’s work, Pam also starred on the show. She appeared in seven episodes in 2021 as Marcie Warren, described by the show as “a seasoned investigative journalist.”

She made it clear that she didn’t want a role that involved romantic interests but working alongside her beloved husband was a thrill.

“My husband is so supportive of me. He’s just a giving, great guy. He just gives me attagirl’s, you know? It’s fun because Gibbs grunts out a lot of lines. He doesn’t give a lot. So they go toe-to-toe,” she explained.

“He frustrates the hell out of Marcie. So they’ve got this oddball relationship where they’re checking each other out. She doesn’t understand whether is he a truth-teller. Is this guy for real? And he’s thinking sort of the same thing about her.”

While their character’s had an “oddball relationship” on-screen, there’s nothing odd about Harmon and Dawber’s relationship in real life.

Mark Harmon and Pam Dawber have been married for over 30 years. And still, to this day, the two are deeply in love.

According to Harmon, there’s no quick answer or key to why their marriage is going so well. However, the fact that they married at a young age is something he believes was crucial.

“We were both in our 30s when we got married, so hopefully the stupid stuff, we did earlier. That’s probably the closest I have to what the key is,” he told People.

He doesn’t have a special philosophy when it comes to his marriage, telling Larry King in a 2014 interview. However, he said he hopes people are smart enough to “choose the right person.”

“I had to kiss a lot of frogs to get there,” Harmon confessed. “My point being – and I’m not throwing dirt on any of that – you learn, you grow, you change.”

Now, the two will have more time together as well, as Harmon is leaving NCIS after 18 successful seasons.

Mark Harmon and Pam Dawber seem like a wonderful couple, and we are so happy that they still are deeply in love after all these years.