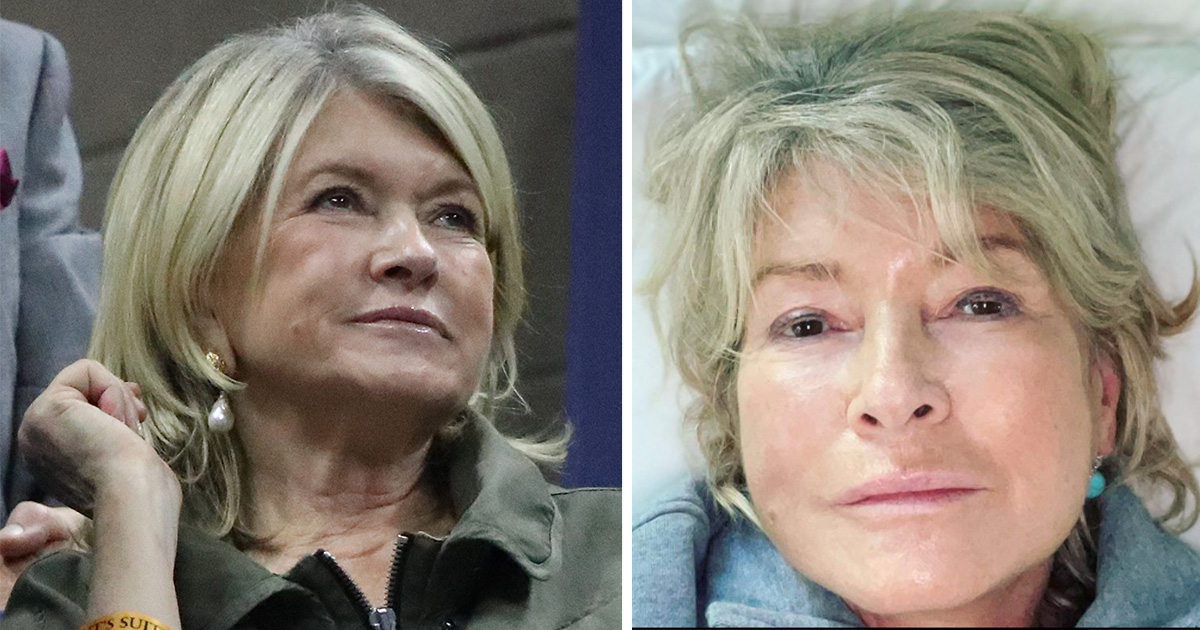 Martha Stewart went from New York stockbroker to one of the biggest television stars and business personalities in the world. Crafting her own brand through cookbooks, cookware and television shows, she’s created an empire worth over $1 billion.

The COVID-19 pandemic may have slowed the world down, but Martha Stewart is still working hard. On top of that, she’s finally spoken out on the rumors surrounding her and beauty procedures.

For most people, Martha Stewart’s name is known because they’ve likely watched her on television, read about her in a magazine, or maybe purchased her litany of cook books and homeware.

The reality is that Stewart wasn’t always made for cooking. Far from it. Now 79 years old, the celebrity isn’t planning on slowing down as she lives her life alongside her many children and friends.

Of course, she’s also been through plenty of negative periods, such as the insider trading scandal which sent her to prison.

The past year, many rumors have risen surrounding Martha Stewart and an array of different beauty procedures she reportedly undertook. Now, she’s once and for all told it how it is, confirming many people’s thoughts in the process.

This is the story of Martha Stewart, and her journey from a modeling career to Wall Street, and eventually a global business mogul.

Martha Stewart grew up in New Jersey, and rose from the depths of anonymity at a relatively early age.

Stewart was born Martha Kostyra on Aug 3, 1941 in New Jersey. She was the second of six children and grew up in a middle-class community in Nutley, New Jersey, not too far away from New York City.

At the age of 13, Martha Stewart started working as a model, appearing in fashion shows, on television, and in print advertisements.

“My neighbor, a beautiful ballerina, was modeling for Stuart Models, and she had a contract,” Martha Stewart recalled.

“Her parents said to me, ‘Martha, you’re so pretty. You should be modeling also.’ So I did. I signed with Ford Models and was immediately signed up for TV commercials. I was the all-American girl.”

“I was so skinny and so perfect for modeling, but I didn’t know that I was beautiful. That was my only problem,” she explained in an interview with People.

“I knew that I could model, I knew I could pose for pictures, but I was not sexy, and I was not provocative,” Stewart added. “That feeling never came. It still hasn’t come. I’m waiting for that day.”

Work as a stockbroker

Martha Stewart found the modeling business challenging. But her next career move would be a equally as tough. The New Jersey native attended Barnard College and started working as a stockbroker at an all-male firm.

“I lasted in that business for about eight years, working in a firm of all men. Only one woman-owned a seat on the New York Stock Exchange at that time. I’m not intimidated by men, I never was – I had three brothers who were beating on me all the time growing up,” Martha Stewart told People.

“But men actually welcomed me to their offices. We wore hot pants to work. I still have my pale, peachy-pink ones and my chocolate-brown ones. I wore them with either high heels, bare legs or tights. Elegant but also crazy. Like, how can you go to work in short-shorts? But I didn’t think twice about it. I was totally respected.”

She continued: “I didn’t even know what a glass ceiling was until somebody explained it to me, because being a woman and being a businesswoman was all one and the same to me. I had a very successful career in the stock market, and I sometimes regret not staying in that business, because becoming an investment banker would’ve been pretty fabulous. But I was lured to the home.”

Exactly as was the case during her modeling days, Stewart’s work ethic was something that everyone noticed, and she was great at her job.

Heading into the cooking business

Being at home with her daughter and husband meant Martha now had more time thinking about what she wanted to do next. And in 1976, her new idea became reality.

Martha Stewart decided to start an at-home catering business while Alexis was attending school in Westport, Connecticut. It turned out to be extremely time-consuming.

However, it became one of those bonding experiences between Martha and her daughter, even though they’ve had a complex relationship.

Martha Stewart’s catering business soon became a huge success. She became known for her menus and creative presentations, and just a decade later, her company Martha Stewart Inc. had grown into a million dollar industry.

Stewart was working with several companies, as well as celebrities, and expanded by releasing her first book, Entertaining.

Stewart released several other books in the coming years. However, as she was devoting all her time to work, it took its toll on a personal level. In 1990, she and her husband Andy divorced.

Martha Stewart has, like any other person, had her ups and down in life. Her divorce was one of those lows, with the separation becoming toxic.

“Getting divorced was a terrible thing for me, because we were the first to divorce in my family,” she told the Daily Mail. “And that we haven’t spoken since the divorce is even more painful.”

Stewart became a household name in the US, and her company Martha Stewart Living Omnimedia went public in 1999.

She released a couple of magazines and recipe publications, as well as a very popular cable television show and website. Stewart became the first self-made female billionaire, but the going wasn’t all perfect.

She felt that she faced “outrageous” opposition because she had a woman-built business.

“Even my own lawyers were negative about the possibility of success,” Stewart recalled. “I remember one lawyer sending me an orchid, saying, ‘Oh, you did it. Wow. What a surprise.’ What a piece of garbage that guy is. I think I helped so many other women believe in their own ideas and their own business plans and their own paths to glory. Many other women have built amazing companies and done very well. I think I had a good part in that, without being an overt feminist.”

Martha Stewart has since expanded her empire even further. Today, she’s 79 years of age, and even though the COVID-19 pandemic has slowed the world down, it hasn’t stopped her.

Through Instagram, her fans can follow her daily routines, and there’s one picture in particular that has many people talking.

In July of 2020, Martha Stewart posted a picture of her soaking up the sun in her East Hampton pool. The picture went viral, and resulted in many people debating whether or not Stewart had undergone surgery.

“I’ve never had a face-lift”

How could she look so good at 78 years of age?

“I took a pool selfie photo by mistake,” she told People about the picture. “I was trying to take a picture of the beautiful turquoise planter at the end of the pool, but the camera was on me, so I just snapped it. It looked so good, so I posted it. I didn’t know what a ‘thirst trap’ was, but now I do. Now I’m looking for the next thirst trap. I love doing those promiscuous, provocative things, because it’s just fun.”

There have been rumors that Stewart actually underwent several different beauty procedures. But now, the legendary business woman has spoken out on how things actually are.

“I’ve never had a face-lift,” Stewart says. “I have the same lady doing my pedicure for many years. And my feet are like a young person’s feet because of her. I have all my own teeth. I really care about maintaining an aura of good health, which is basically the food I eat. And genetics has a lot to do with it. My dad was a gorgeous man with very good skin. So was Mom. She was fantastic until she was 93 years old.”

So that settles it: she’s never had a procedure. Instead, it’s all been about taking care of herself.

The secret behind Stewart’s skin

Speaking with Elle, her New York-based dermatologist Dhaval G. Bhanusali, of Hudson Dermatology & Laser Surgery, says Stewart always uses good sunscreen. They have also been working to customize products that will be perfect for her skin needs.

“Over the last year or so, she uses our serum every morning, a calming mist throughout the day, and a rich CBD night cream in the evening,” he says.

Martha Stewart has certainly been keeping herself busy during the COVID-19 pandemic. Via her Instagram page, the lifestyle mogul posts her favorite recipes, as well as lifestyle tips to her followers, and everyone seems to enjoy it. She also just released her latest cookbook, “Very Good Things.

These days, Stewart lives in the tiny town of Katonah, about an hour north of New York City.

A few days ago, she posted some new pictures on her Instagram page showing her picking pears and riding horses alongside her daughter Alexis Stewart and her granddaughter Jude.

“My friends are all a little envious,” she told People. “They call me every day to say,’‘You’re so lucky. You have so much to do,’ I could easily say, ‘Well, I’d like to be lolling around, doing nothing.’ But I’ve been going 24/7, and that’s okay.”

Martha Stewart’s been through plenty in her life. But every time, she’s been able to pick herself up and made the most of every single day. We couldn’t be more happy for her, she’s a true inspiration!