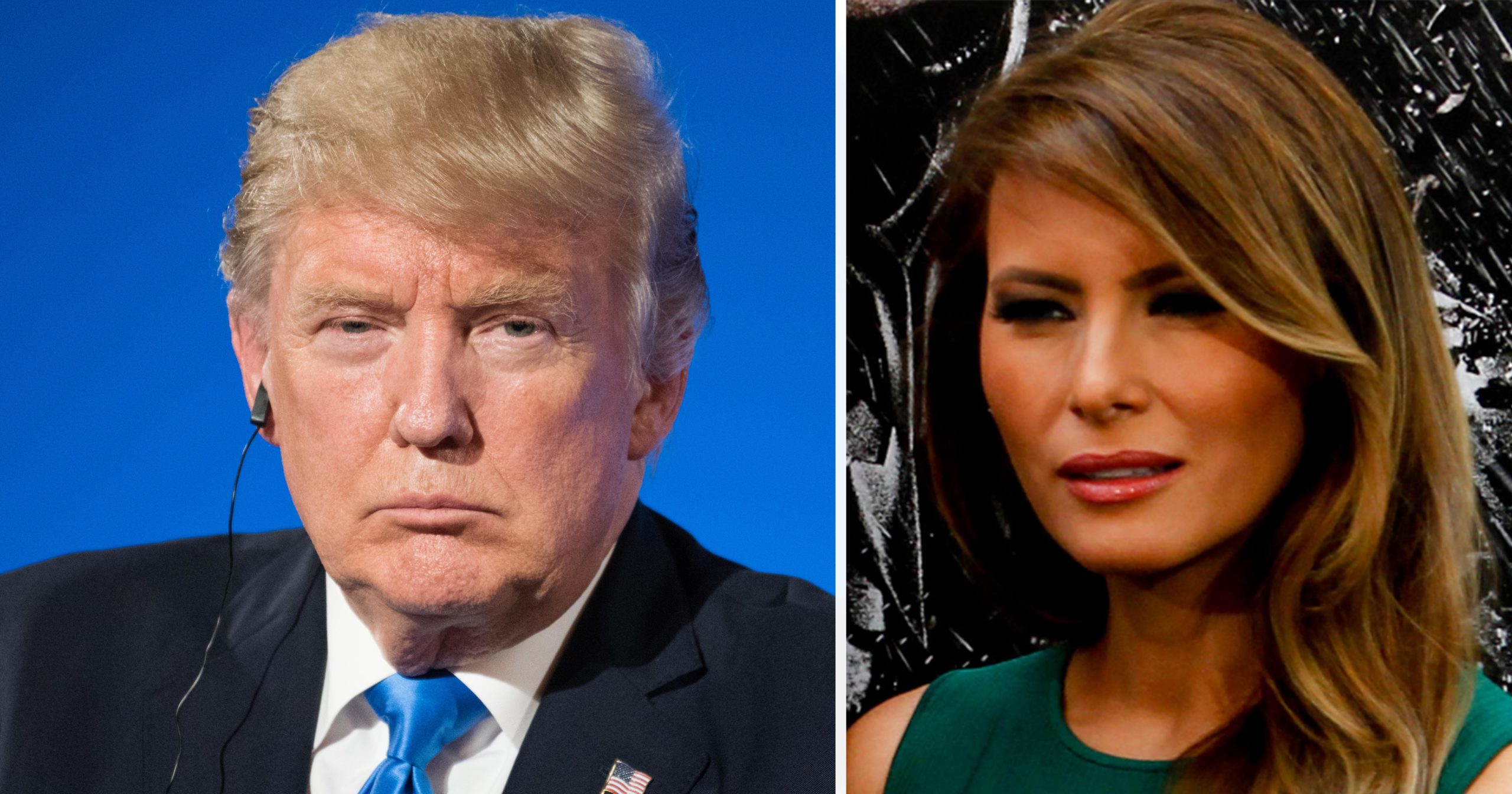 Donald Trump left the White House back in January when Joe Biden took over as President. Since then, he’s been living in Florida with Melania and their son Barron, who just started a new school.

Recently, speculation has insisted that he may well enter the Presidential race in 2024. He might have more pressing matters to worry about just now, though, after new details concerning his four-year tenure at the White House were brought to light.

In a new memoir, former White House press secretary Stephanie Grisham divulged details about Trump’s presidency, with particular emphasis on one moment where he became frustrated with First Lady Melania.

According to Grisham, Trump yelled at her, asking “what the f… they thought they were doing”.¨

Suffice to say it’s doesn’t all make for pleasant reading if you’re a Trump fan.

On her way to a migrant housing facility in Texas, Melania wore a jacket with the text “’I REALLY DON’T CARE, DO U?’

Grisham – who also worked in the First Lady’s office – writes that she didn’t notice the message on Melania’s jacket. At the time, Trump and his administration was under heavy criticism because of their policy of separating migrant children from their family members.

Melania’s visit was seen as a good opportunity for the administration to form a better image on the issue. In the end, they actually abandoned the program.

When Melania came back from Texas, the President was furious. Donald Trump is said to have summoned his wife to the Oval Office and yelled at her over the wearing of the tasteless jacket.

Melania Trump later spoke about the jacket in an interview with CNN.

In Grisham’s memoir, Ivanka Trump and her husband Jared Kushner get plenty of criticism as well. The Washington Post writes that she’s “particularly negative” about the couple, with several incidents being described in I’ll Take Your Questions Now. One has to do with Ivanka Trump and none other than Queen Elizabeth of England.

As reported by the Washington Post, Ivanka and Jared Kushner tried to push their way into a meeting with Queen Elizabeth during a presidential visit.

According to Grisham, she and her husband wanted to join Donald Trump and Melania Trump at the meeting, which is a serious breach of protocol regarding a state visit. However, due to capacity in the helicopter, the two were shut out.

Ivanka and her husband held senior positions within the White House staff, despite the fact they had no government experience before Trump took office.

Ivanka called “the Princess” in the White House

Grisham further reveals in her book that Ivanka frequently mentioned “my father” during staff meetings, adding that First Lady Melania and other White House staff referred to her as “the Princess.”

She also labeled Kushner “the Slim Reaper”, claiming that he included himself in other peoples project several times, only to then leave and let them take the blame.

“I had shared with Mrs. Trump many times my opinion that if we lost reelection in 2020 it would be because of Jared,” she writes. “She didn’t disagree with me.”

Of course, not all have been happy about the claims made in Grisham’s book. President Trump himself slammed her and her claims ahead of its release.

In a statement to The Hill, Trump said that his former press secretary “didn’t have what it takes and that was obvious from the beginning.”

Melania and Donald Trump met for the first time during New York Fashion Show in 1998.

The wealthy real-estate mogul had just divorced his second wife, Marla Maples, and had gone to an event with a date. However, as soon as he saw Melania, he wanted to be with her instead.

Since Trump was there with someone else and asked her for her phone number, she admitted to being “turned off” and said that he was “totally out of the question,” her best friend Edit Molnar said.

“I’m not going to be doing the diapers”

Eventually, Donald and Melania started a relationship. According to Molnar, Melania quickly changed her style, but at first, their relationship wasn’t great. The two broke up several times before patching things up and moving in together in 2001. Melania got her green card around the same time and lived at Trump’s penthouse in the Trump Tower in Manhattan.

Three years later, the couple got married in Florida. In 2006, they welcomed their son, Barron.

Speaking with CNN’s Larry King in 1999, Donald announced that he planned on running for president. He also said that he would marry Melania Trump to “make up for the absence of a First Lady.”

Melania added that she’d be a very traditional First Lady, comparing herself to Betty Ford or Jackie Kennedy.

Just a couple of months ago, Melania revealed that she knew her husband would win the election.

Melania and Donald Trump’s marriage seems to work really well, and maybe that’s because she knows why his two previous marriages failed.

According to the tell-all book Melania and Me: The Rise and Fall of My Friendship with the First Lady, Melania’s former friend and Met Gala producer Stephanie Winston Wolkoff revealed a new side of the former first lady.

As revealed in the book, Melania had some pretty strong opinions of Donald Trump’s former wives Ivana and Marla Maples – and why they failed their husband.

According to Wolkoff, Melania Trump was asked why she didn’t use the “Trump” name to promote her different beauty brands. And according to the former first lady, she didn’t even consider it.

“She was very well aware of what he wanted — and didn’t want — in his third wife. He wasn’t the kind of husband who cheered on his wife’s career,” Wolkoff wrote in her book. “Melania told me the secret of her long marriage to him is that she is completely different from his other wives.”

Melania believed that both Ivana Trump and Marla Maples put pressure on their former husband. According to her, that was why their marriages ended in divorce.

As of now, it certainly seems that Melania’s strategy of not pressuring Donald Trump to be emotionally available or supportive of her own career is working.

The two celebrated their 16th anniversary in January. Only they know what the future now holds.

Do you think Donald Trump will run for President again? Give us your thoughts in the comment section.