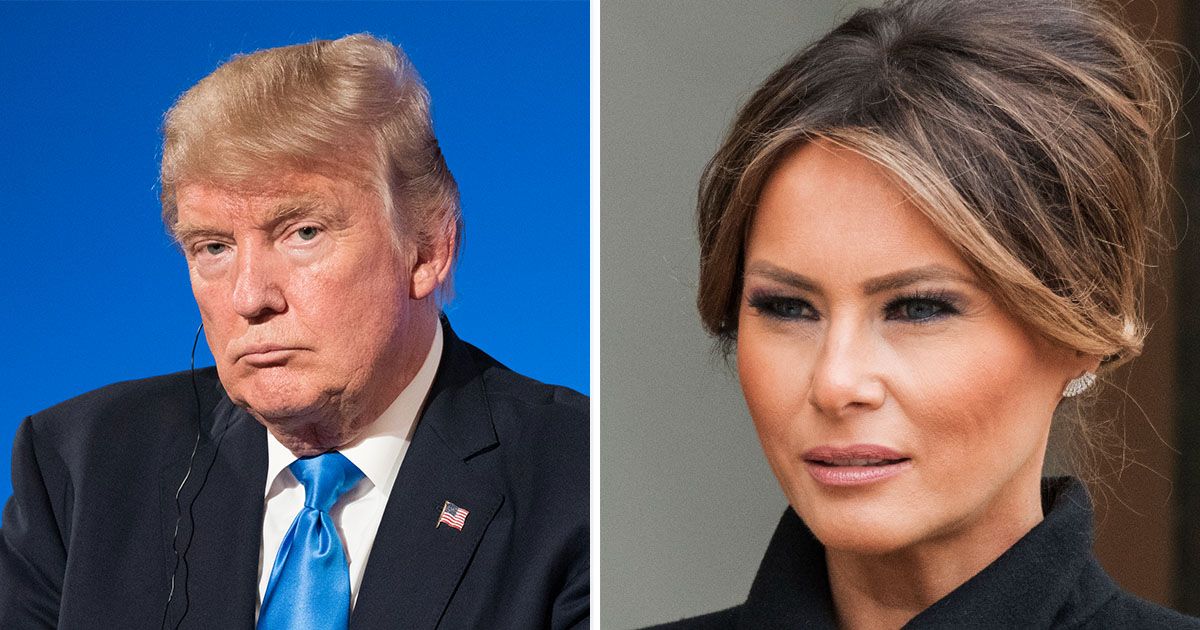 Melania Trump was one of the most private First Ladies in modern history. Following her departure from the White House, she and the rest of the Trump family have largely kept out of the spotlight.

Recently, it was made known that her and Donald Trump’s eldest son, Barron Trump, is attending a new private school in Florida. Well, it now seems as though Melania will be staying close by.

However, news concerning Donald Trump potentially planning to run for President again in 2024 might change things, and not only because they would make Melania First Lady for a second time.

Yet sources tell CNN that she has no plans to support her husband in the same way ever again.

Following Donald Trump’s four years in office, Melania and the rest of the family settled at the luxurious Mar-a-Lago estate in Florida. Yet it wasn’t long before rumours of Trump continuing his career in politics were circulating.

According to two sources who spoke to CNN, Melania established a post-White House office in Palm Beach, Florida following her departure from the White House.

There, the former First Lady is said to have continued working with the “Be Best” initiative, consisting of promoting children’s health and well-being, safety online and prevention of social media bullying.

At the same time, her son Barron is in school.

When Donald Trump was elected president in 2016, Melania decided that she and Barron would stay in New York City for about six months so that he could finish up his school year, several media outlets reported.

After finishing school in “The Big Apple”, Barron and Melania headed for the White House. Barron became the first boy to live in the White House since JFK Jr.

Recently, it was announced that the Trumps have decided where Barron will continue his high school education.

Melania Trump to stay in Florida

A spokesperson for the private school Oxbridge Academy has confirmed that Barron Trump will enroll at the high school as part of the class of 2024.

For Barron, this will surely be a new beginning, and it seems like there’s plenty to do on campus. According to The List, the school offers sports such as basketball, swimming, track & field, and golf. They even have a flight simulator.

Yet in 2024, the Trump family won’t just be celebrating Barron’s graduation from high school. It’s also a very important year for the US as a whole, since the next Presidential election is to be held on November 5 of that year.

Donald Trump to run for 2024 Presidency?

It’s been hotly speculated that Donald Trump will enter said race. According to his niece, Mary Trump, it’s already been decided that he will.

Speaking with Business Insider, Mary – who’s set to release a new book – said that “all signs” point towards Donald entering the 2024 presidential election.

“If you’d asked me if he’d run again in December, I would have said definitely not because he had just been humiliated and wouldn’t put himself in that position again,” she said.

“But things have changed.”

“He’s also now spreading the second big lie. This is that the insurrection of January 6 wasn’t a big deal.”

Melania Trump is set to stay in Florida as Barron continues his high school studies. That said, it’s highly possible that the Trump family will move back to the White House if Donald Trump wins a second election.

For Melania, that would mean becoming First Lady again. But now, it seems that she’s made her mind up – and doesn’t wish to be First Lady at all.

According to CNN sources, Melania has already told several friends that she doesn’t intend to become First Lady again – she’s done with living in the White House and wants a more private life.

“Being first lady again is not what she wants,” one person close to the Trump family told CNN.

One of the people close to the Trumps during their White House tenure added that Melania wasn’t the person Donald Trump talked to regarding helping him to corral female voters. Basically, doing that was “never her thing,” the person said.

In fact, Melania Trump said “no” several times when asked by staff if she could attend events.

“We just stopped asking altogether,” a political operative – who worked on the Trump staff in the early days – said.

“The fact is, his base got used to not having her there,” another political operative for then-President Trump told CNN.

So how did Melania and Donald Trump meet?

In 1998, the two met for the first time at the Kit Kat Club during New York Fashion Week.

The wealthy real-estate mogul had just divorced his second wife Marla Maples, and came to the event with a date. However, when he saw Melania, he wanted to get to know her instead.

“But he was on a date, so of course I didn’t give it to him. I said, ‘I am not giving you my number; give me yours and I will call you.’ If I give him my number, I’m just one of the women he calls.”

Eventually, Donald and Melania started a relationship. According to Molnar, Melania quickly changed her style, but at first, their relationship wasn’t great.

The two broke up several times, before patching things up and moving in together in 2001. Melania got her green card around the same time, and was living at Trump’s penthouse in the Trump Tower on Manhattan.

All the same, Barron loves spending time with his dad. When Barron was growing up, Melania made sure that Barron got quality time with his father, and the two oftentimes went out for dinner together.

As he grew older, Barron also joined his father on the golf course.

Yet Melania Trump spent much more time with Barron when he was young, and was sure to take him to different activities after school, always encouraging him to reach for the stars.

Since Melania is of Slovenian descent, she raised Barron to be bilingual. When he calls his grandmother in Slovenia, he speaks Slovenian.

Both her and Donald Trump agree that the more languages you speak, the better. Barron’s father told Larry King that he “loves” that his son speaks with a Slovenian accent. However, one can assume these days that the accent is gone, since he’s gone to school in the US.

When Melania met Donald, the wealthy businessman was already thinking about going into politics. His second wife Marla Maples – with whom he had daughter Tiffany Trump – revealed that he wanted to run for president as early as the 90s.

Compared herself to Jackie Kennedy

“Oh. gosh. yes, absolutely, it’s something we thought about doing in the ’90s,” Maples said.

“But I knew how difficult it would be on the kids. Donnie, Ivanka and Eric were much younger, and it’s a big toll, it can take a big toll on kids. It’s a whole other world, so yeah.”

Speaking with CNN’s Larry King in 1999, Donald Trump announced that he planned on running for president. He also said that he would marry Melania Trump to “make up for the absence of a First Lady.”

Melania filled in, saying that she’d be a very traditional First Lady, comparing herself to Betty Ford or Jackie Kennedy.

Do you think Melania Trump was a good First Lady? And would you like to see her back at the White House or not? Please, give us your thoughts in the comment section.