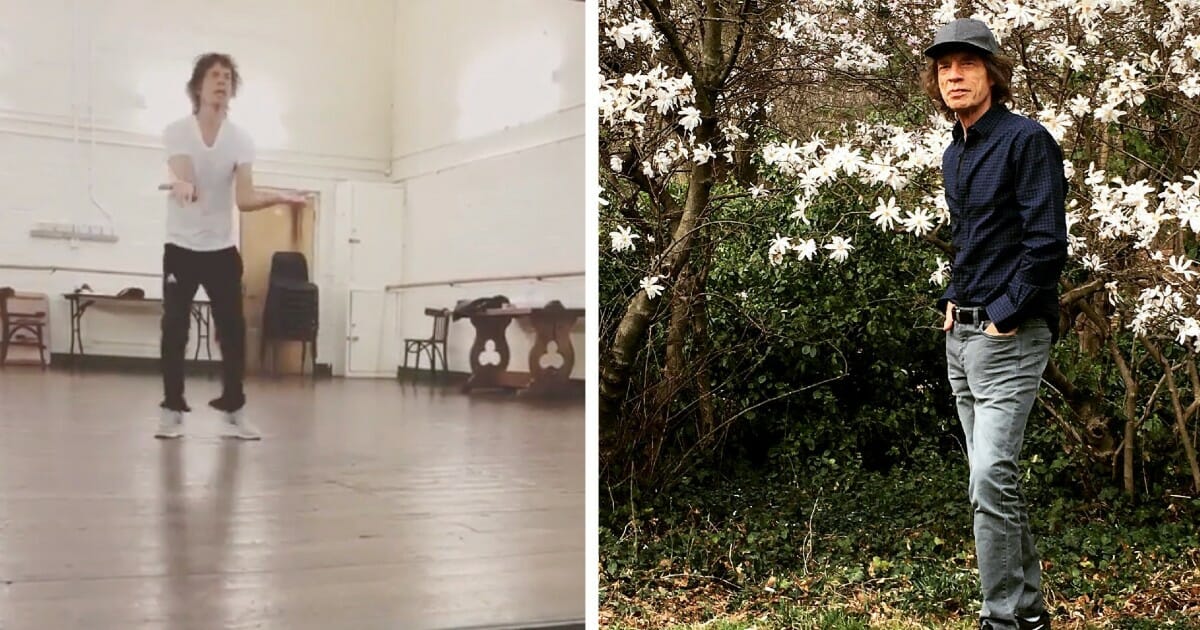 Well, of course he does, he’s Mick Jagger! But just a few weeks ago he was having surgery to reportedly replace a valve in his heart.

Now, the lead singer of The Rolling Stones is back on his feet and getting ready to go out on tour.

At the end of March, The Rolling Stones announced they would be postponing their North American tour dates. An official statement indicated that Mick Jagger had been advised by his doctors to seek medical treatment.

Fans were upset, but understanding and wished Jagger a speedy recovery.

I’m so sorry to all our fans in America & Canada with tickets. I really hate letting you down like this.
I’m devastated for having to postpone the tour but I will be working very hard to be back on stage as soon as I can. Once again, huge apologies to everyone.

A few days later a source close to The Rolling Stones said the frontman needed heart surgery. Following the surgery, a representative shared with CNN that Jagger was doing “very well” and expected to make a “full recovery.”

Thank you everyone for all your messages of support, I’m feeling much better now and on the mend – and also a huge thank you to all the hospital staff for doing a superb job.

It didn’t take long for Jagger to get up on his feet again. He shared a post-surgery photo days after the procedure, and a little more than a month after he posted a video clip of himself dancing to “Techno Fan” by the Wombats.

Fans were excited to see the 75-year-old dancing in preparation for the rescheduled tour.

A walk in the park !

Nearly seven weeks after The Rolling Stones announced they would be postponing their North American tour, Jagger shared the rescheduled dates on his Instagram on May 16. The first date of the tour will be June 21 in Chicago and the tour will wrap up in Miami on August 31.

Looking forward to seeing you there!

Share this story if you’re excited to see Mick Jagger up and dancing only a few weeks after his heart surgery!

Just one show left on this leg of the No Filter tour! See you tomorrow Warsaw! #stonesnofilter

Will you be seeing The Rolling Stones on tour? Let us know!