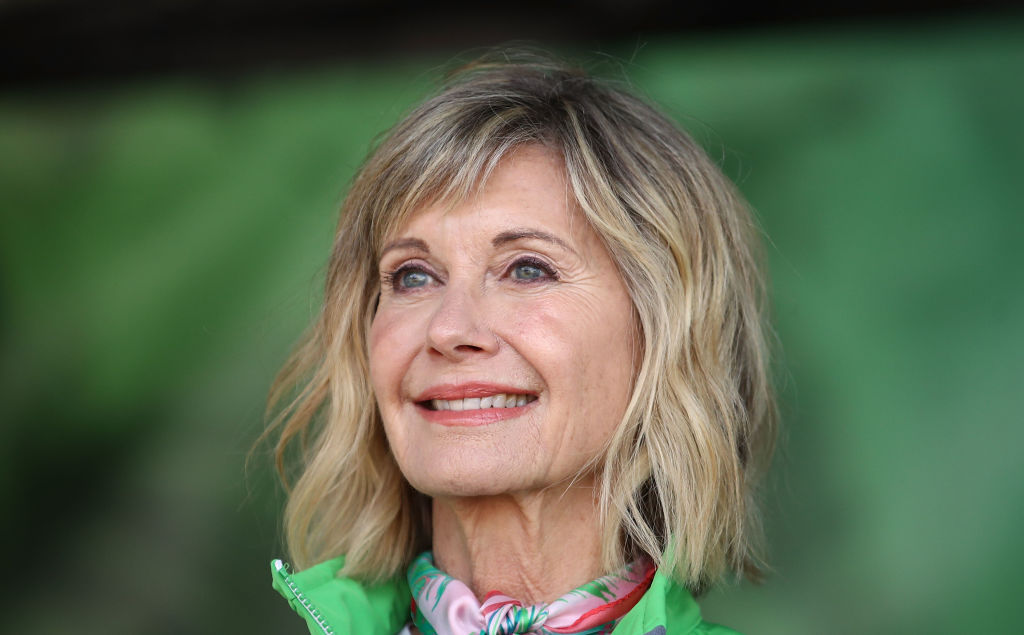 With the passing of musical legend and actress Olivia Newton-John, the world is left to mourn the loss of such a huge talent and wonderful human being.

Understandably, her close friends and family have been left devastated after her death. Olivia’s niece, Totti Goldsmith, has now revealed how the Grease star spent her final days, and opened up concerning the details of the performer’s final moments.

Sadly, it makes for a very heartbreaking read.

Olivia Newton-John owned our television screens for decades and kept generation after generation smiling. The singer and actress was always a sight to behold with her dazzling smile and charming personality.

After her role in ‘Grease’, she was propelled to new heights of stardom – the likes of which she had never seen before. Today, she is one of the best-selling recording artists of all time, with over 100 million records sold.

But a large chunk of her life was also plagued by a terrible disease. For decades, the iconic Grease star fought to stay alive as she battled breast cancer.

As per reports, she was first diagnosed with cancer in 1992. Shortly after she released her third hits collection Back to Basics: The Essential Collection 1971–1992, doctors gave her the heartbreaking news.

After receiving her first breast cancer diagnosis, Olivia was forced to put everything on hold – she canceled all publicity for the aforementioned album and halted her planned tour.

As if that wasn’t enough, Olivia also suffered another tragedy to accompany her initial cancer diagnosis. In a terribly unfair turn of events, her father passed away that same weekend.

Now, Olivia Newton-John’s cancer was detected early because she had regular examinations. A partial mastectomy of her right breast was performed within 24 hours of the diagnosis. Though doctors told her that the prognosis was good, Olivia was ”too upset to say anything” before she entered the hospital before her surgery.

“I just want to get well,” the singer-actress said.

Newton-John, then 43, could have chosen to remain silent and not talk about her diagnosis, but she wanted to avoid lurid headlines in the tabloids. Ultimately, the fact that she chose to go public about her breast cancer helped raise awareness and might have saved thousands of lives.

“I draw strength from the millions of women who have faced this challenge successfully,” she said.

The Grease star, who had always followed a strict exercise routine and insisted on eating healthy, decided to spend millions on a “greenhouse” to boost her battle against cancer.

The mansion was built with panoramic ocean views in Malibu, California. Every piece in the house was made from non-toxic material, and Olivia refused to have old, recycled wood in the house.

”When I was told I had cancer I kept asking myself ’Why?’ All I could think was that the cancer could have been brought about by the environment were living in,” Olivia told Sunday Mirror in 1993.

!I kept thinking maybe it was the air we were breathing and the water we were drinking in Los Angeles. I felt hemmed in, there are too many people in LA”.

Battling cancer helped Olivia conquer her fears and reassess her priorities. When the famous female singer was diagnosed with cancer, fans and friends across the globe sent thousands of flowers and get-well cards.

In an interview with Santa Cruz Sentinel in 1994, Olivia explained that a major part of the healing process was accepting all the support from family, friends, and fans.

“As a woman, it’s sometimes very hard to focus on yourself,” she said. “We’re always focusing on our families, everybody else besides ourselves. We always come last. You know, mother always gets the smallest potato.”

Olivia Newton-John never wanted the diagnosis to ruin her spirit.

“If you think positive thoughts, you’ll create a positive world around yourself and attract positive people to you,” the British-Australian actress told Us Weekly in 2019.

But Olivia’s daughter, Chloe Lattanzi, once told 9News that her mother’s battle with cancer had been very stressful for the family.

“I would wake up in night sweats. I kind of pushed it, I didn’t deal with it,” she told 60 Minutes in her first television interview speaking of her mother’s illness.

Unfortunately, in 2017, 68-year-old Olivia learned that her cancer had spread to her bones. The Grease actress had to postpone several concerts after doctors told her that her back pain was being caused by breast cancer that had metastasized to her sacrum, a bone in the lower back.

Olivia once again had an “absolute knowingness” that she could turn things around, and received radiation therapy and other wellness therapies. After two weeks, her husband, John Easterling, said that Olivia’s pain had ”gone from level 8 to about a 2”. Despite her battle with the disease, the singer stayed positive and continued to promote research.

Alongside her husband, she created the Olivia Newton-John Foundation Fund to raise money for medicine and cancer treatments.

“I am feeling good and enjoying total support from my family and friends, along with a team of wellness and medical practitioners both here in the U.S. and at my Olivia Newton-John Cancer Wellness and Research Centre in Melbourne, Australia,” she said.

During this challenging period in her life, the actress was open with her health journey and became a symbol of triumphs and hope. She also revealed that this was actually her third fight against breast cancer, as she had a recurrence of the disease in 2013.

Olivia bravely fought her disease, until the cancer came back for the third time.

Since she was older the third time cancer returned, her health took a major blow. This meant she only made a handful of public appearances and mostly kept herself out of the public eye.

After learning that she had stage 4 cancer in 2019, Olivia intensified her efforts to raise money for The Olivia Newton-John Foundation for cancer research. According to Daily Mail, she sold off much of her real estate to finance more research. The superstar reportedly decided to let go of her 189-acre farm in California, which she sold for $6.6million.

“Olivia loved helping people. She spent the last two decades of her life giving back,” a source close to Olivia told The New York Post.

According to Olivia Newton-John’s niece, Totti Goldsmith, the family could only watch as the icon’s condition worsened during the last five days of her life.

“It’s not a shock, we’ve known how sick she’s been, especially the last five days,” Totti, who lives in Melbourne, told A Current Affair.

Totti couldn’t get to her auntie’s home in Southern California in time, so she said her final goodbye over the phone. Olivia’s husband put them together on Facetime so they could see each other one last time.

“I told her all the things I needed to say. She was leaving us… but I could feel like she got it,” Totti shared.

Totti, whose mother was Olivia’s sister, also revealed that the Grease star lived with immense pain during her final days.

“It wasn’t just the cancer that got her, it was other complications, being in a hospital and with a very susceptible immune system. She got secondary infections,” she said.

Totti also shared a story from a few years ago, when she visited her aunt at the Olivia Newton-John Cancer Research Institute she established in Melbourne. Olivia was having treatment there, and looked unwell.

“She was really skinny and really unwell and I said to her, ‘Are you afraid of dying?” Totti recalled.

“She said, ‘Plonker’, which was my nickname, she said, ‘I’m not, I’m not afraid, I’ve done more in my life than I could have ever imagined’.

“She honestly never imagined her life would be how it was.”

On 8 August 2022, Olivia died at the age of 73. According to her Instagram, she passed away peacefully at her home in Southern California, surrounded by family and friends.

The actress’ final request was for donations to be made to the Olivia Newton-John Foundation Fund, ‘in lieu of flowers’.

Olivia Newton-John was loved by millions of fans around the world, as well as by her co-stars, contemporaries, and collaborators in the industry.

She will surely be missed by everyone who knew her and those whose lives she touched. Rest in peace.