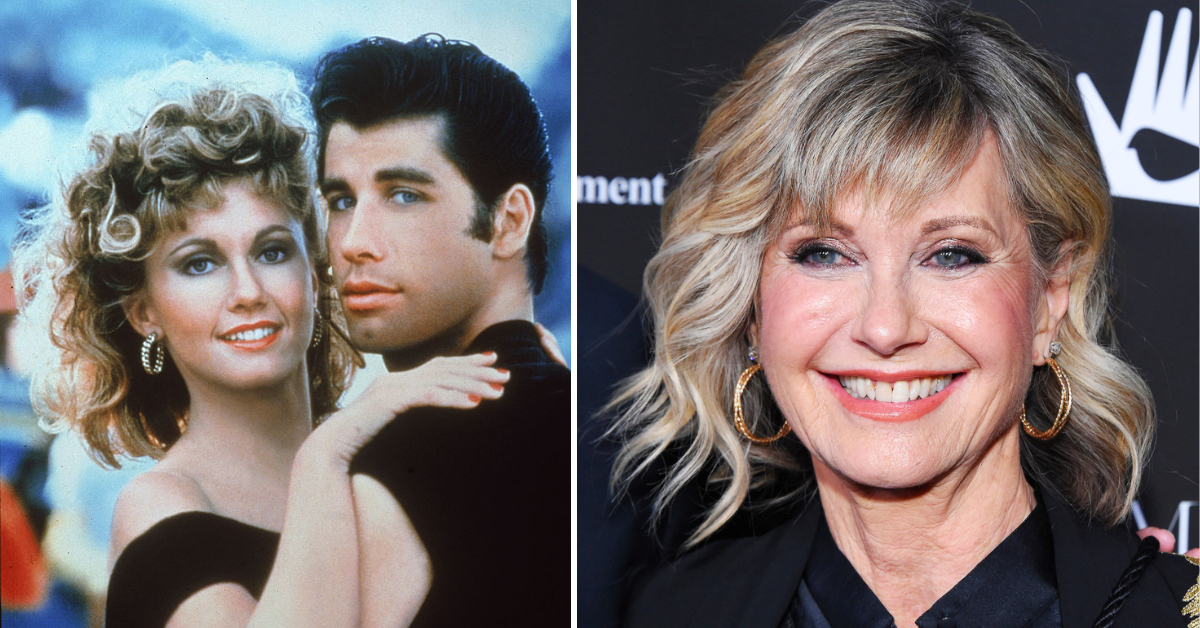 One of the biggest stars of the ’70s and ’80s has died: Olivia Newton-John, the platinum-selling recording artist who starred in the smash-hit musical movie Grease, has died at 73.

The Australian music icon had been public about her battles with breast cancer, which she was first diagnosed with in 1992. The news comes from Newton-John’s family, who confirmed she died from the disease, “peacefully” and “surrounded by family and friends.”

“Olivia has been a symbol of triumphs and hope for over 30 years sharing her journey with breast cancer,” her husband John Easterling wrote.

An international icon of the ’70s and ’80s, Newton-John is one of the best-selling recording artists of all time, with over 100 million records sold.

Newton-John was born September 26, 1948 in Cambridge, England, but was raised in Melbourne, Australia where her family moved when she was 6.

She began her music career at a young age, forming an all-girl group when she was 14, and later making appearances on local TV shows.

She recorded her debut album, If Not For You, in 1971, and the title track (a cover of a Bob Dylan song) became the first of many international hits.

Newton-John had another hit with 1973’s “Let Me Be There,” and represented the UK in the Eurovision Song Contest with “Long Live Love” in 1974.

She scored her biggest hit yet with “I Honestly Love You,” which reached number one on the charts and won the Grammy Award for Record of the Year.

While her recording career made her a star, many audiences know Olivia Newton-John from her most famous film role: Sandy in the classic movie musical Grease.

Grease, adapted from a smash-hit Broadway show, is a musical comedy about high schoolers in the 1950s. Newton-John played Sandy, a “good girl” from Australia in a romance with local greaser Danny Zuko (John Travolta).

”I don’t think anyone could have imagined a movie would go on almost 40 years and would still be popular and people would still be talking to me about it all the time and loving it,” Newton-John told CNN in 2017. “It’s just one of those movies. I’m very lucky to have been a part of it. It’s given so many people pleasure.”

It also spawned one of the best-selling soundtracks of all time. Numerous songs from Grease appeared on the charts, including “Summer Nights,” “Hopelessly Devoted to You,” and the chart-topping “You’re the One That I Want,” all featuring Newton-John.

“I think the songs are timeless,” Newton-John told Billboard in 2018, reflecting on the film’s 40th anniversary. “They’re fun and have great energy. The ’50s-feel music has always been popular, and it’s nostalgic for my generation, and then the young kids are rediscovering it every 10 years or so, it seems. People buying the album was a way for them to remember those feelings of watching the movie and feelings of that time period. I feel very grateful to be a part of this movie that’s still loved so much.”

Newton-John then starred in the 1980 film Xanadu, which was not as successful as Grease — it was panned by critics, though it has a cult following — but it did launch two hit singles with the Electric Light Orchestra: “Magic,” and the title track “Xanadu.”

In 1981, she released Physical, a double-platinum selling album that gave her her best-selling signature song, “Physical,” whose suggestive lyrics deviated from the singer’s normally clean-cut image.

Newton-John was diagnosed with breast cancer for the first time in 1992. She received treatment and recovered, and became an advocate for breast cancer research.

Despite her battle with cancer, the singer stayed positive, and continued to promote research.

“I’m so lucky that I’ve been through this three times and I’m still here. I’m living with it. It’s just reinforced my gratitude,” she told 60 Minutes Australia.

“We know we’re gonna die at some point, and we don’t know when it is. When you’re given a cancer diagnosis or a scary honest diagnosis, you’re suddenly given a possibility of a time limit,” she explained. “So every day is a gift.”

Rest in peace to the incredible Olivia Newton-John. We will always love your music and your classic performance in Grease.

Please share this story with your favorite memories of Olivia Newton-John.